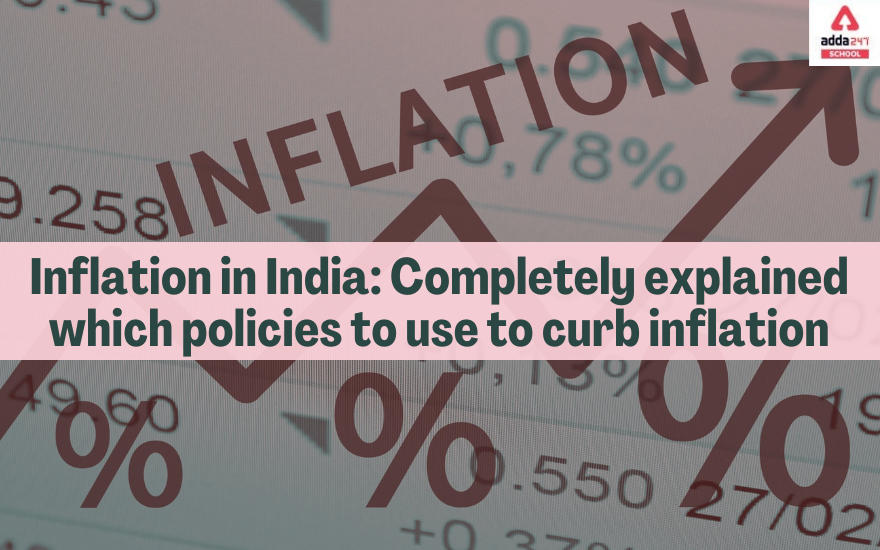 Inflation in India: What is Inflation?

Inflation in India 2022: The term “inflation” refers to an increase in the cost of the majority of the services, goods, and products that we consume on a daily basis. For instance, clothing, food, computers, washing machines, beverages, etc. Since inflation is sometimes a wide term, it takes into account general price rises. The two primary indices used to assess inflation are the WPI (also known as the Wholesale Price Index) and the CPI (also known as the Consumer Price Index). The CPI primarily determines the price differences between goods and services, such as education, food, healthcare, etc. And the WPI mostly includes the services that are offered by larger companies to smaller companies.

Inflation in India: In economics, what is inflation?

The term “inflation” refers to an increase in the overall level of prices in the economic world. And as a result, the value of money will decrease (to put it even more simply, your money will no longer buy you as many items as it did previously).

Therefore, when inflation occurs in a nation, the country’s authority—likely the central bank—takes all necessary steps to maintain the inflation rate within acceptable bounds so that the economy may continue to function normally without experiencing significant price increases.

What consequences does an increase in inflation have?

The Federal Reserve defines an increased money supply as the entire quantity of money in circulation, which includes cash, coins, balances, and bank accounts. Inflation may occur if the money supply grows more quickly than the pace of output. This is especially true in the case of demand-pull inflation, which occurs when there are too many dollars competing for too few goods. Typically, the Federal Reserve will use a procedure known as “Open Market Operations” to raise the amount of money in circulation (OMO).

Additionally, certain policies may cause cost-push inflation or demand-pull inflation. Demand may rise when the government provides tax breaks for particular goods. Costs might increase if supply is less than demand. Furthermore, strict construction codes and even rent stability laws may unintentionally raise prices and foster inflation by passing those costs forward to citizens or artificially decreasing the availability of housing.

For instance, the housing market has had ups and downs over time. Home prices will increase if there is a demand for properties due to the economy’s progress. The housing industry’s supporting goods and services are likewise impacted by demand. The demand for building materials like steel and lumber, as well as the nails and rivets used in houses, may rise as a result of the increased demand for housing.

While it is common knowledge that taxes rise over time, governments occasionally lower taxes in an effort to win over the public. The folks are pleased since they now own more money. However, if the pace of output does not rise at a matching rate, the extra money on hand eventually causes inflation.

It’s possible that the factors of production are in low supply at times. This has an impact on output. Supply is, therefore, less than demand, which causes prices to rise and inflation to occur.

Inflation in India: Policies That Help To Curb Inflation

A government may decide to establish direct limits on certain salaries and prices.

Inflation in India: Effect Of Inflation On Common People

Ques 1. What consequences does inflation have?

Ans. The cost of living, the cost of conducting business, borrowing money, mortgages, returns on corporate and government bonds, and every other aspect of the economy are all impacted by inflation. Both positive and negative effects of inflation on economic recovery are possible.

Ques 2. What does inflation control entail?

Ans. One frequent strategy for controlling inflation is to implement a contractionary monetary policy. By reducing bond prices and rising interest rates, a contractionary policy seeks to reduce the amount of money available in an economy. As a result, prices drop, inflation slows, and consumption declines.