CTET 2021 Exam: CTET stands for Central Teacher Eligibility Test. CTET is a national level exam which is conducted by CBSE (Central Board of Secondary Education) twice a year for the aspirants who want to secure their teaching job in govt. schools The CTET is held in 20 Indian languages. In 2018, Union Human Resource Development Minister had revised the CTET Exam Language Options. Now CTET is conducted in 20 languages.

How Many Languages CTET is Conducted?

Candidates can Opt two languages in which they wish to appear for CTET: List of languages and code are as Follow:

Language 1 will focus on proficiencies related to the medium of instruction. This section is also scoring but it demands proper preparation. It consists of 30 questions and each question carries 1 mark.

Language 2 is also based on basic concepts as Language 1. Language 2 will focus on the elements of language and comprehension abilities. It consists of 30 questions  & each question carries 1 mark.

Note: (A candidate may choose any one language as Language 1 and other as Language 2 from the available language options and will be required to specify the same in the Confirmation Page. Language 2 will be a language other than Language 1)

Q6: Can I apply for CTET again if I had already qualified for the exam before?
Ans: Yes, you can apply for the CTET exam again after qualifying once. There is no restriction on the number of attempts for qualified/ non-qualified candidate 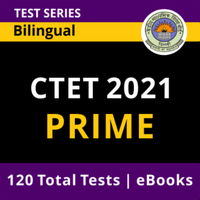