Constituent Assembly of India, under the Cabinet Plan of 1946, drafted the Constitution of India. The first meeting was held on 9th December 1946 where the plan was proposed and Dr Sachindranath Sinha was elected as the Provisional President of the Assembly. Dr. Rajendra Prasad, the first President of India became the Permanent Chairman of Assembly on 11th December 1946.

The intriguing feature of the Indian Constitution is that it was not printed. Rather it was handwritten and calligraphed both in Hindi and English. Under the guidance and supervision of Acharya Nandalal Bose, the artists of Shantiniketan handcrafted the Constitution. Prem Bihari Narain Raizada is the notable calligrapher who hand-wrote the Constitution.

Significance of the Constitution Day:

In 2015, it was announced by Prime minister Narendra Modi that 26th November will be observed as Constitution Day. The year 2015 embarks the 125th birth anniversary of Dr. B.R.Ambedkar who is reverently known as the Father of the Constitution of India. It is a tribute to the huge legacy left behind by Dr. B.R.Ambedkar and the legend himself.

Constitution Day also signifies the efforts of spreading awareness of the values of the constitution. It is also essential to remember and follow the ideals and ideas ignited by Dr. B.R.Ambedkar in the hearts of millions of citizens of India and beyond. 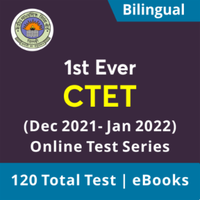