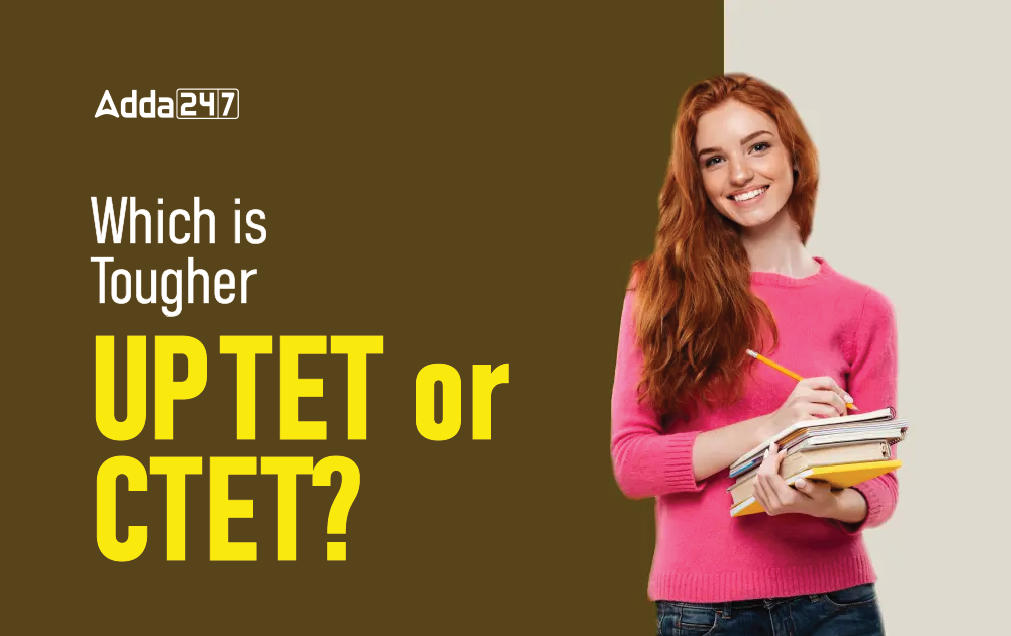 Which is tougher UPTET or CTET? : UPTET or CTET, both are teaching eligibility exams who want to teach in schools. Teacher Eligibility Test is an essential part of the qualification of aspiring teachers. Candidates preparing for Teacher Eligibility Tests often get confused between the CTET and UPTET Exams. Candidates wonder about the differences and similarities between UPTET and CTET exam 2022. Moreover, they also enquire about the difficulty level of these exams and which one among them is tougher. In this article, aspiring candidates will get all the relevant information and comparative study about all the candidates’ queries about CTET Vs. UPTET.

Difference Between CTET and UPTET

Similarities between CTET and UPTET

The minimum requirement to appear in the CTET & UPTET exam is the same. In both exams, candidates have to pass the senior secondary exam with a minimum of 50% marks and a B.Ed. degree. Moreover, the candidate who meets all the eligibility requirements can appear in CTET & UPTET for Paper I (Primary Stage) and Paper-II (Upper Primary Stage).

As we see exam pattern of the CTET and UPTET is almost the same, here we are going to know more about the syllabus in the parlance of CTET vs UPTET. The main difference reflects in the content of the question paper when we look into CTET VS UPTET minutely. In CTET exam papers, the focus is equally given to Pedagogy as well.

*Please Note: Candidates can opt for either Mathematics, Science or Social Science. So, the total number of questions attempted by candidates is 150.

Which one is tougher: CTET or UPTET?

In many aspects, CTET and UPTET are similar when it comes to eligibility criteria, exam pattern and syllabus. But when it comes to ascertaining the difficulty level of the CTET vs UPTET exams, many factors chip in. First, CTET is a national-level examination and UPTET is a state-level examination. Hence, the number of candidates appearing for CTET is much more than in UPTET. When the competition is at the national level the standard and difficulty level gets harder and securing top ranks automatically becomes more challenging. Other than that both are difficult to crack and it requires months of preparation and dedication.