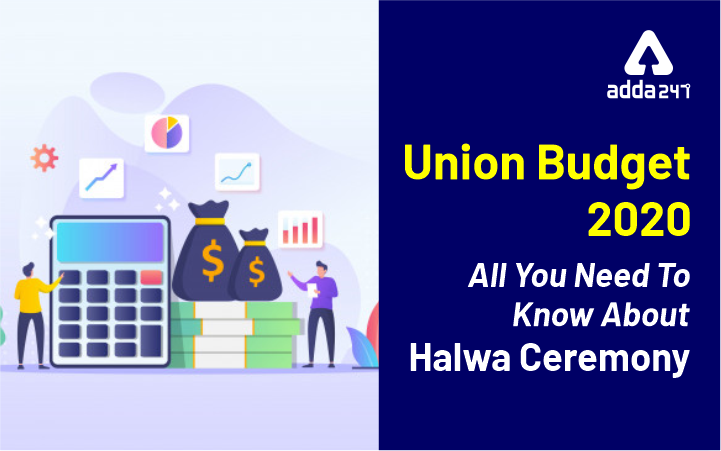 Before presenting the “Union Budget” there is a tradition of “Halwa Ceremony”.Finance Minister of India will observe the symbolic ‘Halwa ‘ ceremony to mark the launch of formal printing of documents relating to the Union Budget every year.

Halwa ceremony is a ceremony, which the government organizes annually a few days before the financial budget is presented in the parliament house. As part of the ceremony, ‘halwa’ is prepared in a big large frying pan) and served to the entire staff in the ministries.
Once the Halwa ceremony, all the members who are a part of the budget-making process move to the basement of North Block for 10 days. They will only emerge once the Finance Minister presents the Budget in Parliament.This is to be done to avoid any information leaks before the annual Budget is presented.During this quarantine, periods are not allowed to get in direct contact with anyone from outside the office. Even the Finance Minister is not allowed to carry the mobile phone inside the printing area.They are not even allowed to contact their dear ones through any form of communication, like phone,messages e-mail etc. Intelligence Bureau (IB) carries 360-degree surveillance along with CCTV cameras, network jammers and all the necessary security to ensure that no information leaked during the quarantine period
Till 1950, the Budget documents used to print inside Rashtrapati Bhawan, but due to the leaking of papers before the budget was presented that year, the printing of document was shifted to Minto Road. The printing of documents has been carried out in North Block basement since 1980. Finance minister Nirmala Sitharaman will present the annual budget on 1st February, 2020.
हिंदी में पढ़े
You may also like to read :