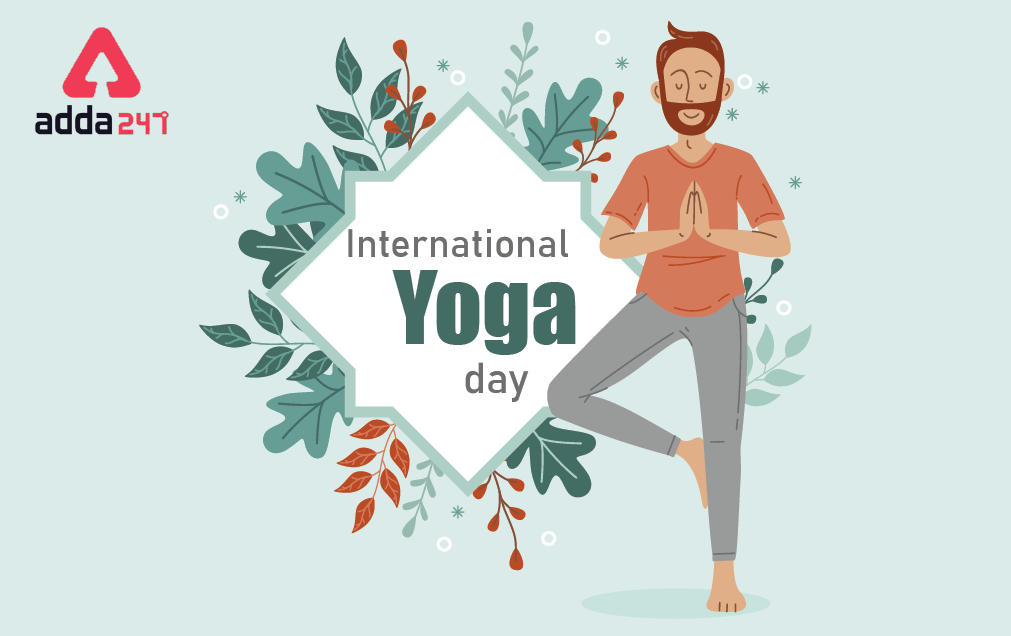 Adda247 wishes all our readers a very healthy and tranquil International Yoga Day.

International Yoga Day is observed on 21st June every year to spread awareness about its health benefits and the importance of yoga in our lives. Yoga is a style of exercise that helps people find the balance between the body and the mind. Yoga nourishes the body and the mind through a series of Asanas.

International Yoga Day is celebrated since 2015 after Prime Minister Narendra Modi proposed the idea of International Yoga Day during his speech at the UN General Assembly in 2014. The world might have started to appreciate the benefits of yoga in recent times, however, it has been in practice since ancient times. It is mentioned in the ancient Hindu scriptures like Rig Veda. Later, in Patanjali’s Yoga- Sutra, yoga has been defined and presented in a very definitive manner. He elaborated the practice of yoga in a much more refined way and thus, he is called the Father of Yoga.

Yoga was first mentioned or discussed in an international forum in 1893 at the Parliament of Religion in Chicago when Swami Vivekananda addressed the forum on the nature of yoga along with the universalities of the world’s religion.

Finally, in 2014, a resolution was passed by India in the UN General Assembly and it was supported by 177 nations. The United Nations recognized the importance and growing universal appeal of Yoga and proclaimed on 11th December 2014 that 21st June will be observed as the International Yoga Day. Consequently, on 21st June 2015, the first International Yoga Day was observed with immense enthusiasm and excitement.

Adda247 hopes, that the teaching aspirants in India embrace the benefits of Yoga by practising it daily. This will help them stay fit and healthy and affect their mental wellness in a positive and constructive manner.