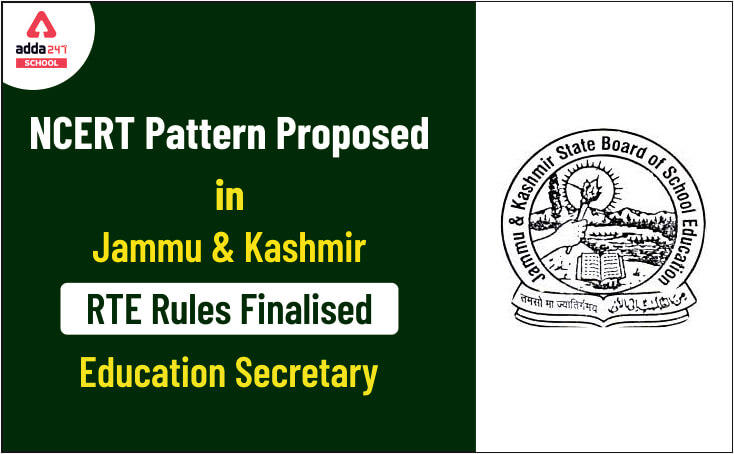 There is an important update for students in the union territory of Jammu and Kashmir. Recently, the government of Jammu and Kashmir has finalized the Right of Children to Free and Compulsory Education (RTE) Act, 2009, with the objective of providing free, quality education available to students from all sections of the society, on Sunday, May 17 2020.

The Union Territory, which was previously exempted from the RTE Act, is now considering the creation of an educational council, much like the National Council of Educational Research and Training (NCERT), based on the same pattern, according to the Principal Secretary of School Education for Jammu and Kashmir, Dr Asgar Hassan Samoon who took to his social media to share the news. “Today finalized Rules under Right to Education Act; implementation to be a reality in JKUT soon”, he had tweeted.

Right to Education: Draft Finalised for Jammu and Kashmir

According to The Right to Education Act which came into effect on April 1, 2010, children between the ages of six to 14 years have the right to free and compulsory education. India is among 135 countries to make education a fundamental right of every child, RTE Act makes Central and State Governments legally obliged for ensuring free and compulsory education for all students in the age group of 6 to 14. Recognized as a fundamental right by the Parliament of India, RTE Act in Jammu and Kashmir took to the track of late due to the state having a special status. With its special category status under Article 370, withdrawn, following the elimination of Article 370 in April 2019, it has now been brought to the compass to follow the Right to Education Act.

With the rules under the RTE Act finalized, the draft has already been scrutinized by the law department, and it is soon to be dispatched for approval by the Lieutenant Governor, which will give wings of implementation to the RTE Act in Jammu and Kashmir, along with the establishment of the Jammu and Kashmir Union Territory Council for Education, Research and Training (JKUTCERT).

Marginalized students to benefit the most

“Marginalised students get deprived of quality education as few reputed private schools charge huge admission fees in violation of RTE Act; ambiguity needs to be replaced by prior agreement between parents and management; Rules are being finalized soon.”, had said Mr. Samoon, a couple of days back.

As demanded by the Act, each and every school of Jammu and Kashmir, unaided private schools included, are obliged to keep 25 percent seats reserved for the students from the economically weaker section (EWS) category. This is aimed at ensuring that each child in India is open to quality elementary education, including children from underprivileged sections of society, irrespective of their economic or caste backgrounds.