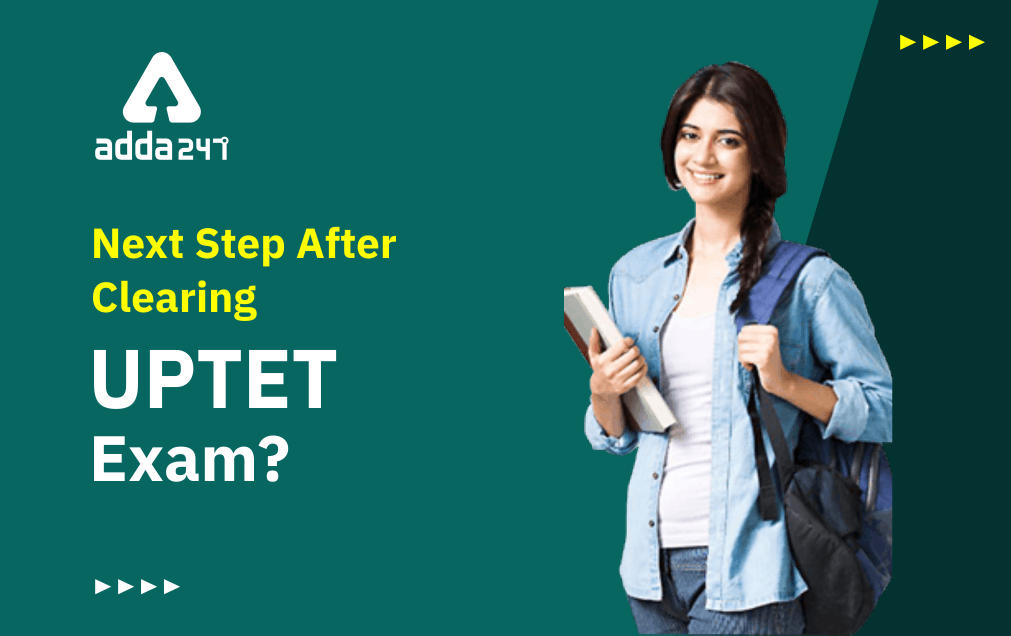 The UPPEB has successfully conducted the UPTET Exam 2021-22. Candidates who are successfully cleared the UPTET Exam must be wondering about what is next after UPTET Exam? The UPTET results had been available on the UPPEB website. However, the bigger question bothering the UPTET aspirants is what to do after UPTET? What is the scope of the UPTET certificate? What kind of jobs can a UPTET qualified person get? To answer all these questions, we have come up with all the pertinent information that will help the candidates who successfully cracks the UPTET exam. Read this article to know more about the scope of the UPTET certificate.

What to do after clearing UPTET?

Candidates who will be successful in securing the cut-off marks of the UPTET exam will become to apply for various government teaching jobs released by the Uttar Pradesh Government. The year 2022 is expected to bring more a bumper number of vacancies across the state. The speculation of massive number of vacancies releasing this year has been build due to the huge number of vacancies announced last year. It is a huge opportunity for UPTET qualified candidates to apply for these recruitment vacancies. The most expected vacancies are the Super TET, UP Assistant Teacher,  UP LT Grade, and UP TGT and PGT recruitment exams. The candidates will have to apply for the desired post (PRT, TGT and PGT) based on their eligibility and recruitment requirements. The written test will be followed by an interview and document verification. After successful completion of all these stages, the candidates will be given the appointment letter and posting.

The candidates need to go through the eligibility criteria mentioned below for the PRT, TGT and PGT posts. This will help them understand for which teaching post they are eligible for and apply for the post accordingly.

What are the opportunities?

These three major recruitment processes are expected in Uttar Pradesh- Super TET (UP Assistant Teacher), UP LT Grade, and UP TGT and PGT recruitment exams. We have discussed the opportunities that lay ahead of the UPTET qualified candidates in detail in the below section.

Last year, the UPSESSB had released around 15000 vacancies for the post of  UP TGT and PGT Recruitment. We can expect more numbers of vacancies this year than the last one. The candidates have to appear for a written test and an interview to get appointed for the post of TGT and PGT.

The UPPSC will soon release their recruitment notification for the TGT posts under the UP LT Grade Recruitment. During the last recruitment process in 2018, the UPPSC had released filled 10,768 vacancies for the TGT posts. In this year’s recruitment,  the candidates who have successfully passed their UPTET Paper-2 can apply for the post. The candidates have to sit for a written test followed by an interview and document verification.