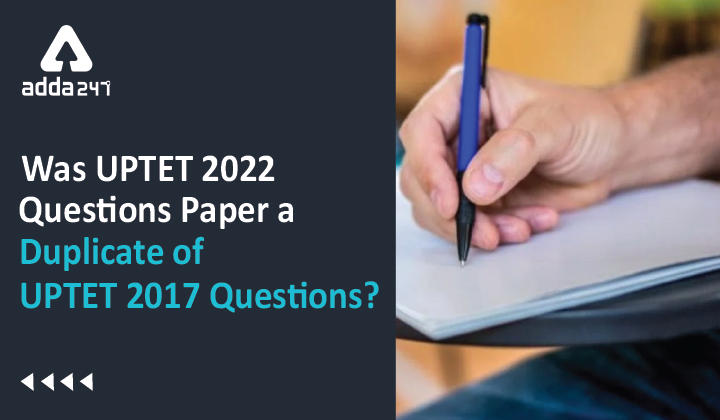 Earlier the UPTET exam was called off due to a paper leak that was directed on the day of the exam. Amidst such negativity, the government claimed the highest level of security and claimed to come up with all the adequate measures to successfully conclude the examination. Though the examination went on without witnessing any unscrupulous activity, however, the claims of repeated questions in such a massive number have compelled candidates to raise questions.

Candidates work hard at length to be able to crack the UPTET exam. But candidates claim to feel cheated and disappointed with UPTET repeated questions asked in 2022. Many candidates expressed their rage on Twitter and questioned the intention of the examination authority. Hashtags like #repeatedUPTET and #repeatedUPTET paper had been trending on Twitter since Sunday. Some candidates alleged that repeated questions from one particular previous year question paper are equivalent to paper leak.

Now that these claims have been circulating through the internet, we bring to you both the questions papers from 2022 and 2017 respectively for you to see and check for yourself the extent of the truth of these claims. Check if really UPTET all questions came from 2017 papers. In the below section, you will find the direct link to the UPTET question paper 2022 and 2017. To match the question with UPTET 2022 to UPTET 2017 download the both question papers and match them one another.