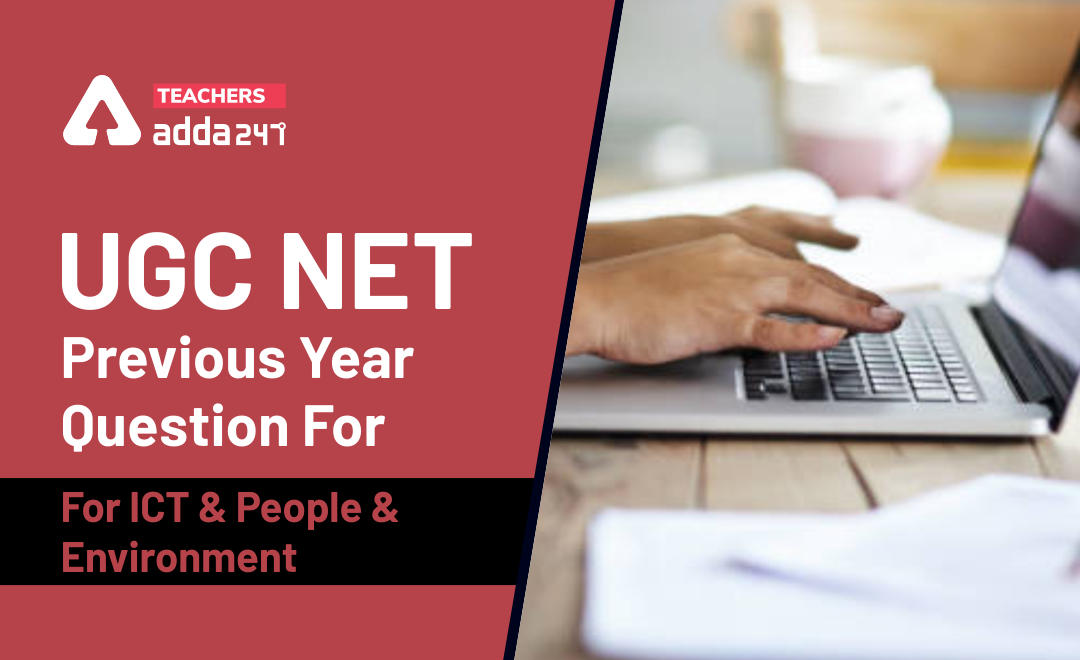 Here we are going to provide you quizzes related to UGC NET syllabus which contains mainly flowing topics i.e. ICT and People, Development and Environment.

Q1. Which of the following statements, regarding the term ICT is/are TRUE?
P: ICT is an acronym that stands for Indian Classical Technology.
Q: Converging technologies that exemplify ICT include the merging of audio-visual, telephone and computer networks through a common cabling system.
(a) P only
(b) Q only
(c) P and Q
(d) Neither P nor Q

Q2. A new Laptop has been produced that weighs less, is smaller and uses less power than previous Laptop models.
Which of the following technologies has been used to accomplish this?
(a) Universal Serial Bus Mouse
(b) Faster Random Access Memory
(c) Blu Ray Drive
(d) Solid State Hard Drive

Q3. Given the following email fields, which of the email addresses will ‘swami’ is able to see when he receives the message?

Q7. Which of the following types of natural disasters has no definite beginning and end?
(a) Earthquakes
(b) Landslides
(c) Hurricanes
(d) Droughts

Q8. Assertion (A): Indoor air pollution is a serious health hazard.
Reason (R): The dispersal of air pollutants is rather limited in indoor environment.

Q10. Which of the following is considered as major source of pollution in rivers of India?
(a) Unregulated small scale industry
(b) Untreated sewage
(c) Agricultural run-off
(d) Thermal power plants

S1.Ans. (b)
Sol. Converging technologies that exemplify ICT include the merging of audio-visual, telephone and computer networks through a common cabling system.
Information and communication Technology (ICT) are the infrastructure of modern computing. ICT is synonym of Information Technology(IT). ICT is sometimes used synonymously with IT (for information technology); however, ICT is generally used to represent a broader, more comprehensive list of all components related to computer and digital technologies than IT.
Although there is no single, universal definition of ICT, the term is generally accepted to mean all devices, networking components, applications and systems that combined allow people and organizations (i.e., businesses, nonprofit agencies, governments and criminal enterprises) to interact in the digital world.

S2.Ans. (d)
Sol. A new Laptop has been produced that weighs less, is smaller and uses less power than previous Laptop models Solid State Hard Drive technologies has been used to accomplish.
Stands for “Solid State Drive.” An SSD is a type of mass storage device similar to a hard disk drive (HDD). It supports reading and writing data and maintains stored data in a permanent state even without power. Internal SSDs connect to a computer like a hard drive, using standard IDE or SATA connections. 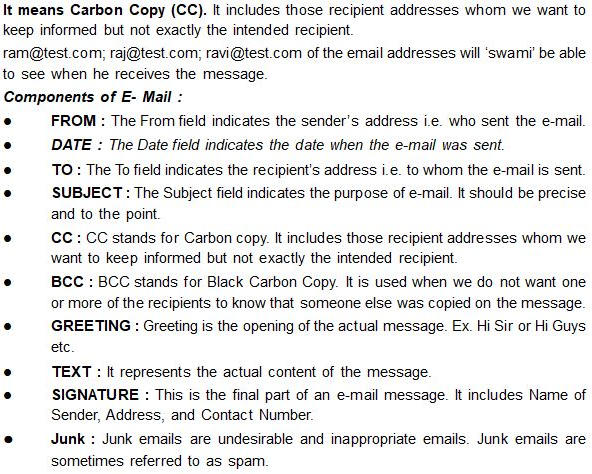 S7.Ans. (d)
Sol. Drought is a period of unusually constant dry weather due to deficiencies of water supply surface and underground). Drought is a natural hazard, it has a slow onset, and it evolves over months or even years.
It may affect a large region and causes little structural damage, Crops, Municipal water supply and wildlife. High temperatures, high winds, and low humidity can worsen drought conditions and also make areas more susceptible to wildfire. In addition, human actions and demands for water resources can accelerate drought-related impacts.

S8.Ans. (a)
Sol. Indoor air pollution is a serious health hazard it is correct statement. The indoor setting is also the source of a wide range of additional pollutants, both chemical and biological. Carbon monoxide is the most widely known indoor pollutant for which there are tight regulations. Another well-known pollutant, second-hand tobacco smoke, is highly toxic both through direct effects when inhaled, but also when chemically reacting with other indoor pollutants (third-hand tobacco smoke) Indoor air quality are very broad and depend on the contaminant. They can easily be mistaken for symptoms of other illnesses such as allergies, stress, colds and influenza.
The dispersal of air pollutants is rather limited in indoor environment. Indoor sources are associated to anthropic activities and the intended use of spaces. In life environments a significant role is played by smoking and cooking, followed by heating systems, cleaning, and suspension due to the presence of humans. Therefore Both (A) and (R) are true and (R) is the correct explanation of (A)