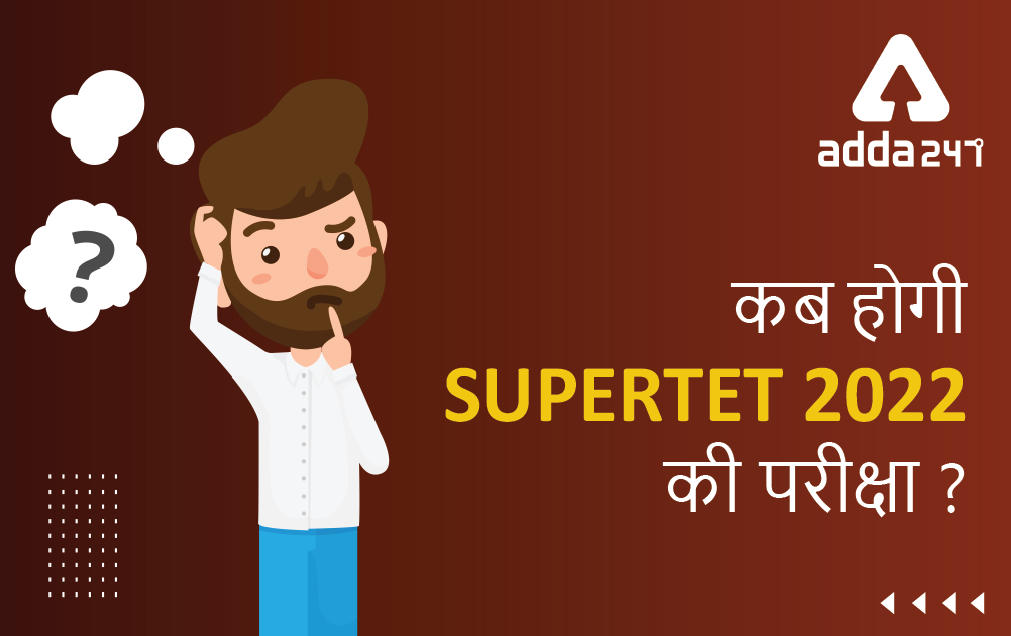 In his latest tweet, CM Yogi has directed all departments under UP Government to speed up the process of recruitment for all vacancies released and expected in the coming months.  After the swearing-in ceremony, CM Yogi has asked the departments to submit a report on the progress of the recruitment process. It can be expected that the highly speculated Super TET Notification will be out soon along with other recruitment exams in Uttar Pradesh. 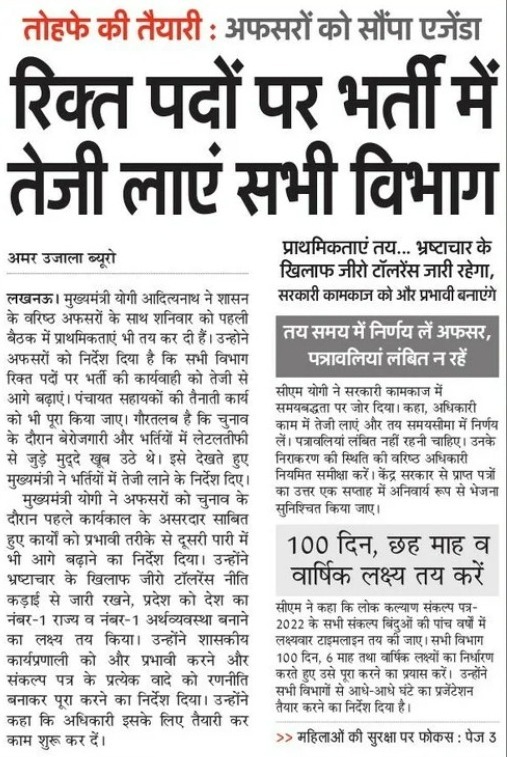 The Uttar Pradesh teaching aspirants can expect bumper recruitment vacancies for the post of Primary Teachers. Speculations are that Uttar Pradesh Government will announce the recruitment of Primary Teachers and it will release more than 50,000 vacancies this year. It is expected that after the swearing-in ceremony of Shri Yogi Adityanath, the CM will make the announcement to recruit unemployed B.Ed and Basic Training Certificate (BTC) qualified candidates. According to sources, the government is ready with the road map of the recruitment process and the announcement for the same will be made on the last of April or the first week of May 2022.

What is Super TET? 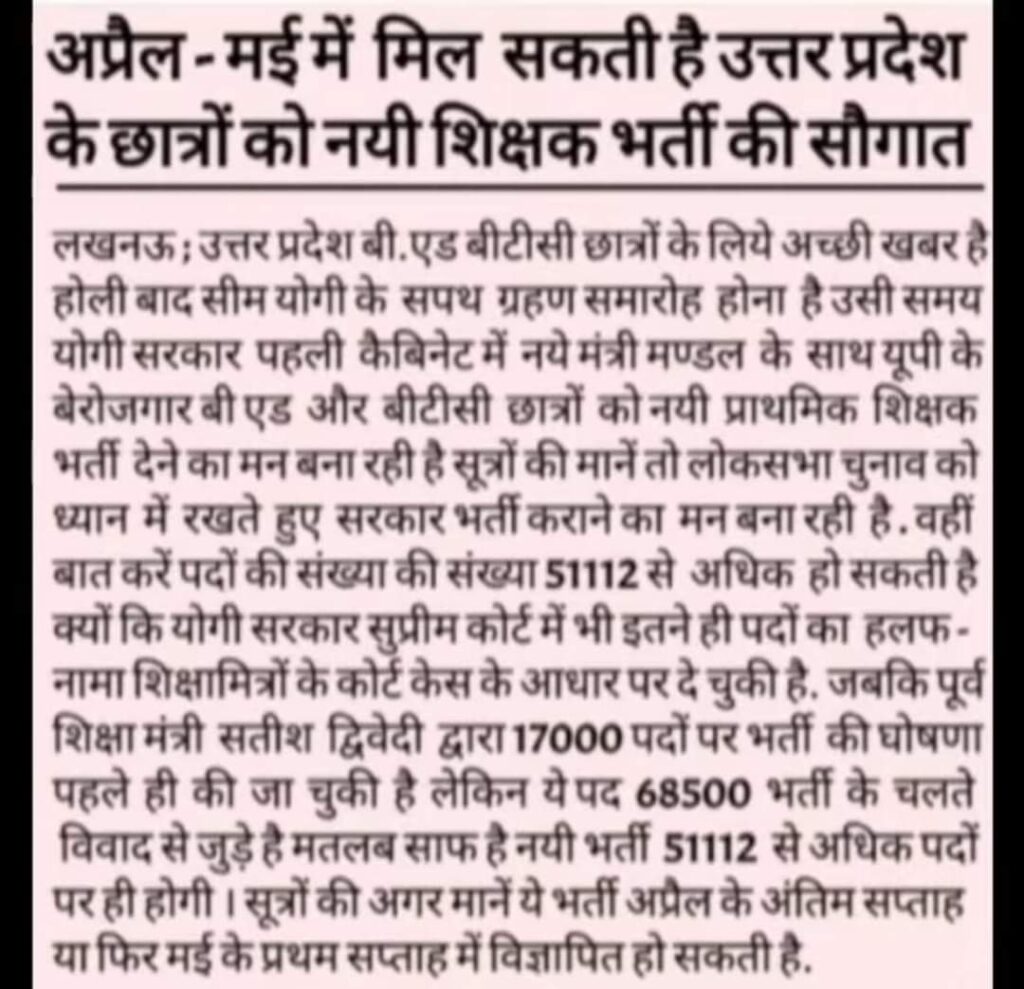 Eligible candidates must keep an eye on the latest updates, as the government will publish the news for the new recruitment season in the leading newspaper of Uttar Pradesh. D.El.Ed, JBT, B.El.Ed or BTC from National Council for Teacher Education (NCTE) and CTET or UPTET will be eligible to apply for the post of Primary Teacher in government schools of Uttar Pradesh under this recruitment.

Earlier, former education Minister, Satish Dwivedi had announced 17000 recruitments, however, it faced protests due to recruitment controversy 68000 posts released in 2019. The Supreme Court of India had given the verdict that UP govt. has to take care of this matter wisely without creating any further during the recruitment process. Thus, sources says the total number of vacancies released in 2022 will be way more than 50,000.

The candidates will have to seat for the Super TET exam containing 150 questions with no negative marking with an exam duration time of 2.5 hours. Based on the last recruitment, the candidates who will be able to secure 65% marks in the Super TET exam will be called for document verification on basis of the merit list. The segregation of weightage of marks that constitute the cut-off marks for the merit list is given in the following table. Finally, the candidates who will be able to qualify all the stages of selection will be given an appointment letter.