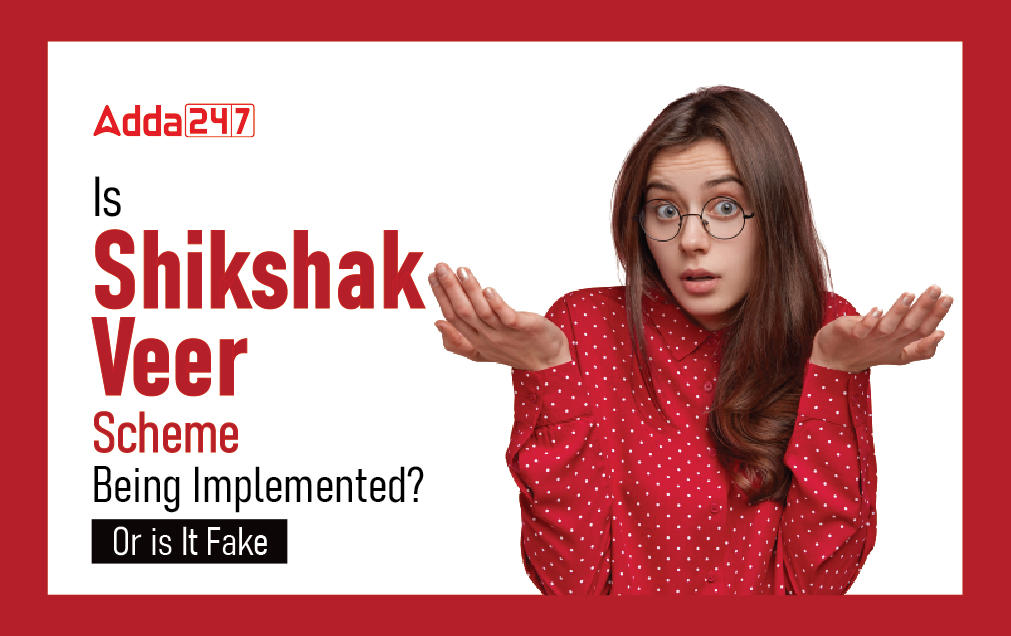 It’s been a while since the Shishak Veer Scheme Implementation has been on the news. There is a screenshot of a newspaper Snip that has been doing the rounds through social media. According to the Fake Newspaper Snip, the President of India has approved the Shishak Veer Scheme like the Agniveer. However, this news is a total sham. The PIB India tweeted recently, stating that the news is completely fake and the government of India or the President of India has not approved such a scheme. 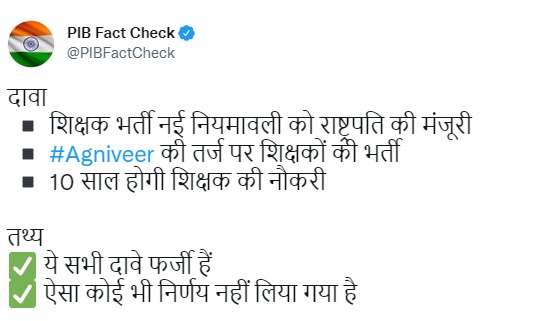 The newspaper cutting has been an edited version of old news. The headlines and sub-headlines are edited to suit the fake news. moreover, the newspaper’s clipping displays a picture of the President of India, Draupadi Murmu. In addition, the details of the Shishak Veer Scheme mentioned in the fake newspapers clipping suggest that the scheme would recruit Teachers on a contractual basis for 10 years and new recruitment rules will be implemented from 1st September 2022.

The teaching aspirants have been excited, anxious and confused about the news, there is no confirmation about the news from any other source apart from the fake news article snip. However, the teaching aspirants must ponder upon the fact that if such a piece of news was true it would have been covered by the leading news media channels and newspapers. Moreover, the Government of India must have released any formal notice regarding the same through National Council for Teacher Education (NCTE) or any other formal organization.

Moreover, the contractual-based job recruitment for teachers is not a new scheme as many State Governments and Centrally run school chains like KVS already absorb contractual teachers for a limited time to fill the vacancies on a temporary basis. On top of that, if such a scheme is introduced by the government then it will come from a reliable source and it will be covered widely by authentic news media channels and papers.