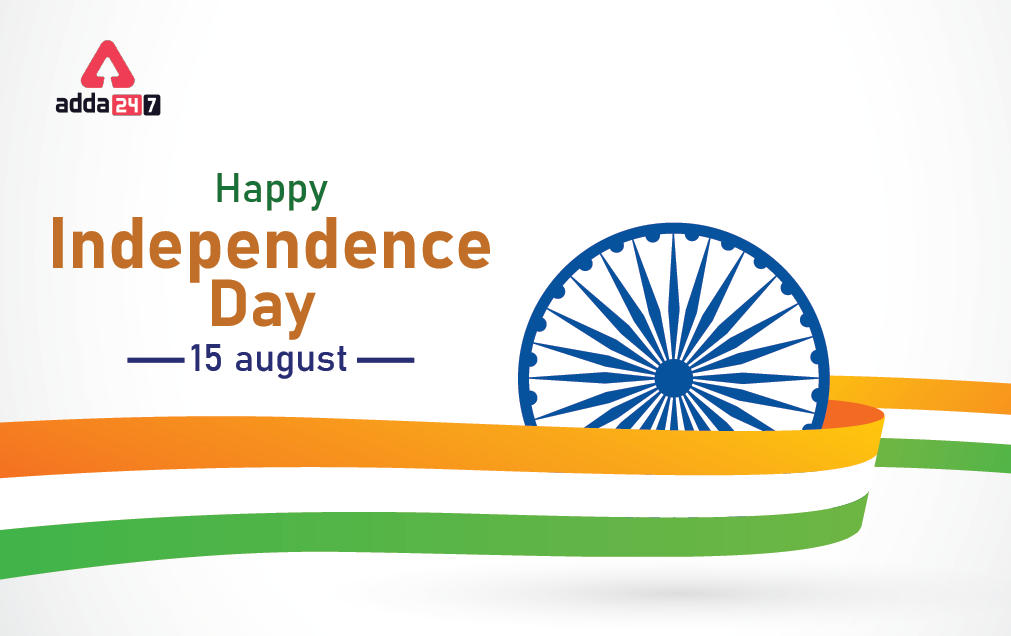 Adda247 wishes our readers a hearty and Happy Independence Day.  This is one of the most significant day for every Indian as it was 15th August 1947 when India attained independence from the oppressive British rule. Innumerable Freedom Fighters have sacrificed their lives and livelihood for this day. Their dream of an Independent India and their collective efforts and contributions helped India to become what it is today. It is one such day when every Indian’s heart is filled with patriotic sentiments.

On this day, India remembers and pays respect to the Freedom Fighters who fought for more than 100 years for the Freedom of India. The Indian National Flag is hoisted in public places and government buildings. With the announcement of Har Ghar Tiranga Campaign, Indian are going to bring the Tricolor to their homes and pay tribute and respect to the National Flag at home.

As India is all set to celebrate its 75th Independence day, the Government of India has been celebrating the Azadi ka Amrit Mahotsav with great enthusiasm and fervour. People of India have been asked to participate in many contests to become a part of this celebration. It is a way of paying homage to the magnificent history of India and the people who were responsible to bring India to such a glorious state.

Independence Day reminds us as citizens of India, of the struggle and hardships people of India went through to attain independence. It compels us to ponder upon our responsibility towards our Country that will help it to go forward as a Great Nation.

India celebrates Independence Day as a National Holiday. A huge celebration is organised at the Red Fort by the government of India where the Prime Minister of India delivers a speech to the nation.

Adda247 wishes the citizens of India a happy and prosperous Independence Day. May this day to you as a day where you are relieved with all your problems and you find optimistic hopes to reach your goals. We hope your goals in life are in alignment with nation-building. Adda247 is trying to help youth find government jobs and further help the country prosper in their own ways.