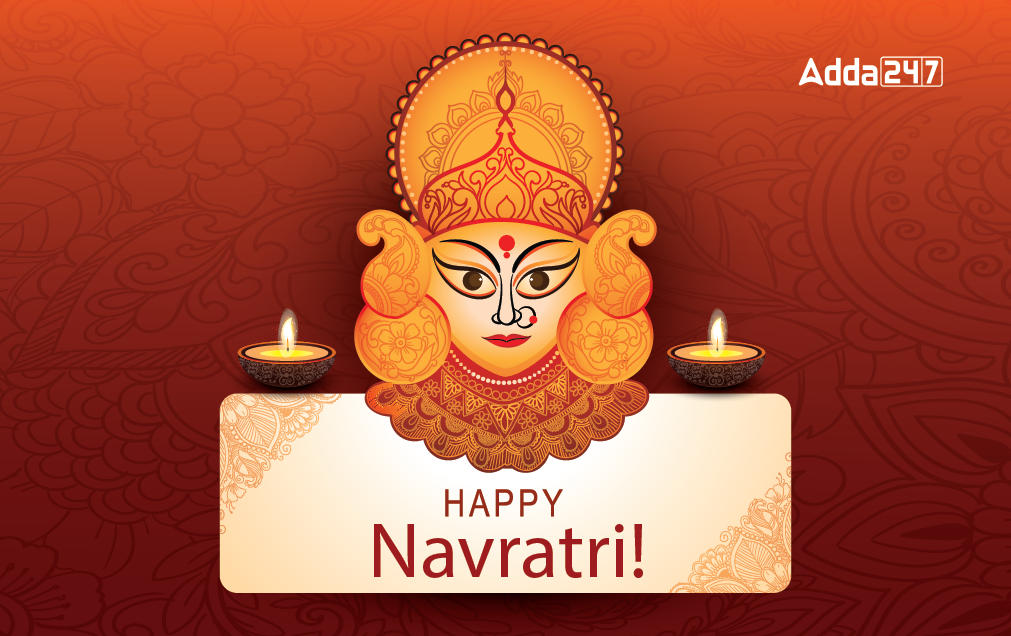 Adda247 wishes all our readers a prosperous and happy Navratri and Durga Puja.

Navratri is one of the most celebrated and auspicious festivals for Hindus in India. Navratri is celebrated across the country with different names, rituals and customs. It is one of the few festivals that binds the entire nation together with the string of festivity, merriment and piousness. Navratri is a nine-day festival where nine avatars of Maa Durga are worshipped each day.

The Sharodiya Navratri is celebrated to mark the victory of good over evil. Mythologically, a cruel Demon Mahisasur had raged war against the Gods and he ruthlessly terrorised humans on Earth. The Gods weren’t able to control or stop him as he was blessed with immortality by Lord Bramha after he did an intense Tapasya. However, in the truest sense, Lord Brahma blessed him that no man will be able to kill. Mahisasur in his arrogance believed he became invincible as no man can kill and no woman will be able to kill him.

When the war reached its pinnacle, the Gods gathered to combine their divine energies and Maa Durga was born/ created. She was equipped with weapons from each of the Gods and she set forward riding a lion to kill Mahisasur. The Final Battle lasted 10 days and on the last day of the war, Maa Durga killed Mahisasur.

Thus, Navratri is celebrated on these 9 days to worship nine different avatars of Maa Durga. The nine forms of Mata Durga which are worshipped during Navratri are Shailputri on Pratipada; Brahmacharini on Dwitiya; Chandarghanta on Tritiya; Kushmanda on Chaturthi; Skand Mata on Panchami; Katyayani on Shashthi; Kaalratri on Saptami; Mahagauri on Ashtami and Siddhidatri on Navami.

With great pleasure, Adda247 is wishing all our readers to have a fulfilling and blessed Navratri. May all your wishes come true on this auspicious occasion. Moreover, may the Goddess Durga bless you with good health, a calm and composed mind and a rejuvenated strength to work harder to achieve your goals in your life.