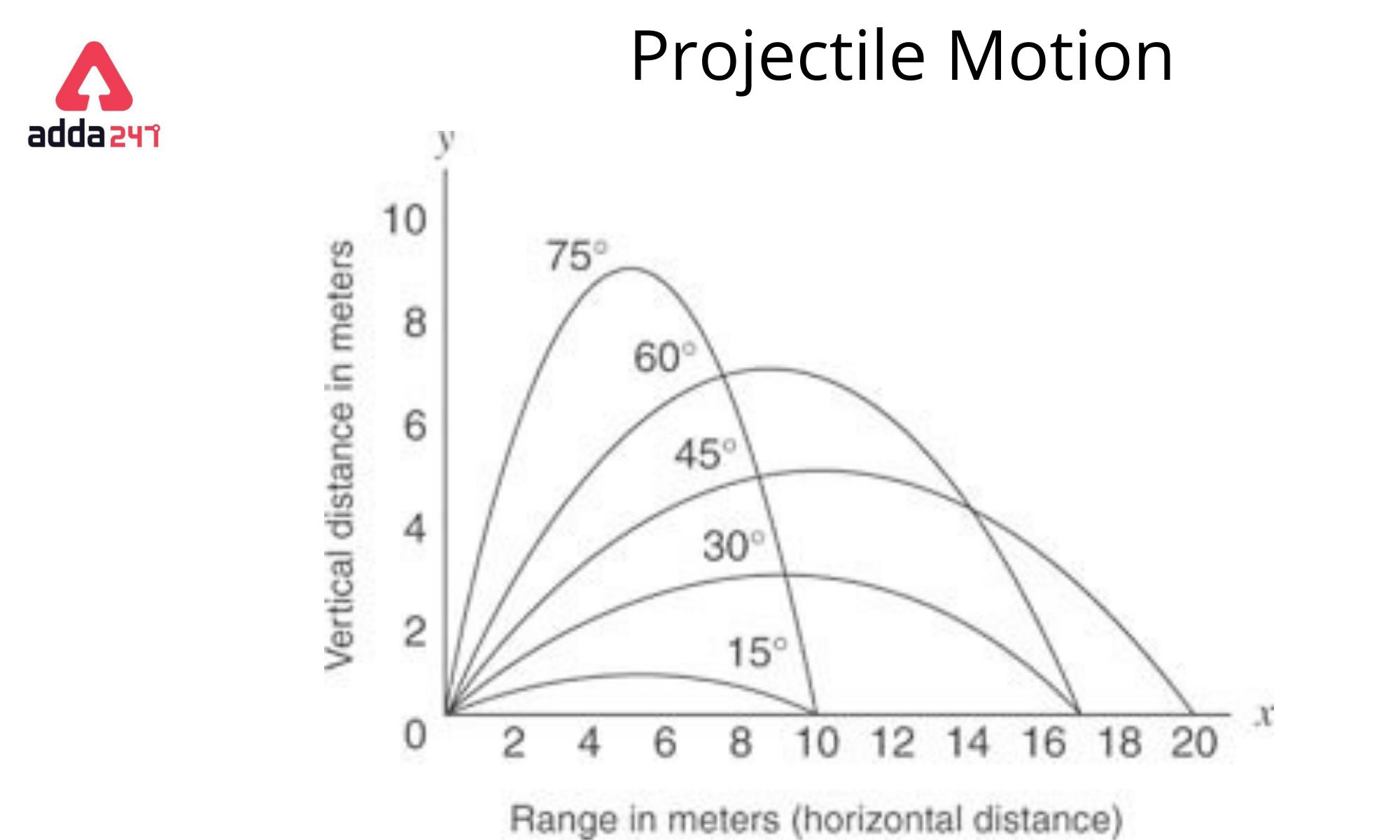 Projectile motion is a type of motion that an item or particle (a projectile) experiences when it is projected near the Earth’s surface and moves along a curved route only under the influence of gravity (in particular, the effects of air resistance are passive and assumed to be negligible). Galileo demonstrated that this curving path is a parabola, although it can also be a straight line when thrown directly above. Ballistics is the study of such motions, and such a trajectory termed a ballistic trajectory. The only mathematically significant force acting on the object is gravity, which operates downward, imparting a downward acceleration on the object towards the Earth’s centre of mass. The horizontal velocity component of the object’s motion does not require any external force due to its inertia. Other factors, such as aerodynamic drag or internal propulsion (as in a rocket), necessitate further investigation. A ballistic missile is a missile that is only guided during its initial powered phase of flight and then follows the principles of classical mechanics for the rest of its flight.

In the absence of extraneous forces, a ballistic trajectory is a parabola with homogenous acceleration, such as in a spaceship with constant acceleration. On Earth, the amplitude and direction of acceleration change with altitude and latitude/longitude. On a small scale, this results in an elliptic trajectory that is remarkably similar to a parabola. If an object were thrown and the Earth was replaced with a black hole of similar mass, it would be clear that the ballistic trajectory is part of an elliptic orbit around the black hole, not a parabola that continues to infinity. The trajectory can be circular, parabolic, or hyperbolic at higher speeds (unless distorted by other objects like the Moon or the Sun).

The velocity in the horizontal plane is static, equal to v 0 cos, because there is only acceleration in the vertical plane. The projectile’s vertical motion is the motion of a particle in free fall. The acceleration is constant in this case, equal to g. The following are the components of the acceleration:

The magnitude of velocity (as determined by the Pythagorean theorem, often known as the triangle rule) is as follows:

At any time (t ), the projectile’s displacements(x and y) in horizontal and vertical planes are given by:

The magnitude of the displacement is:

For the displacement of the projectile’s greatest height:

For θ=90°, the maximum achievable altitude is attained and is given by :

Bullet shot by a gun

Because of the force supplied by the ignition of the gunpowder, a bullet shot from a gun travels a long distance. However, as soon as the bullet leaves the gun, gravity acts on it, causing it to follow a parabolic route and finally fall to the ground unless and until it is stopped by an opposing force.

You’ve probably seen historical footage of wars where cannon cannons were utilised. A cannon is a huge tubular weapon that fires projectiles. The calculations are made based on the projectile’s force and weight in order for the projectile to hit the intended target. Catapults are another example of a comparable device. The trebuchet, which uses a long arm to launch projectiles over large distances, is a well-known example of a catapult.

The trajectory of a Baseball

In a baseball game, The bat hits the ball, which is then sent into the air. If you look closely, you’ll notice that the ball does not go in a round direction. Depending on the angle at which it is launched, the path is likely to be parabolic.

The trajectory of a Javelin

A javelin is thrown to its maximum distance in a javelin throw game. This is similar to the hammer throw, but instead of running a short distance to gain momentum, the person throws the javelin. The javelin travels a predetermined distance before falling down in a parabolic direction. The angle of the throw is critical because it dictates how far the javelin travels. Wind parameters such as wind speed and direction are also important because they can alter the projectile’s velocity.

The trajectory of water from a Pipe

You’ve probably seen water moving through a hose pipe, especially a high-pressure hose pipe. The water does not immediately fall to the earth, but instead follows a parabolic route. This is important for directing the flow of water so that it only falls on the specified area.

What are the 3 types of projectile motion?
The three types of Projectile Motion are:

What is projectile motion with example?

All of these are examples of projectile motion: throwing a ball straight up, kicking a ball at an angle to the horizontal, or just dropping things and letting them fall freely. The only force acting on the object in projectile motion is gravity.

What is projectile called?

The motion of an item hurled or projected into the air, subject only to gravity’s acceleration, is known as projectile motion. The object is known as a projectile, and the course it takes is known as a trajectory.

A projectile is an item on which gravity is the only force acting. Gravity influences the projectile’s vertical motion, resulting in vertical acceleration. The projectile’s horizontal motion is caused by the tendency for any moving item to maintain a constant velocity.

Why do we ignore air resistance?

Because air resistance is independent of mass, it is small for heavy things. This is because a force is simply an interaction that attempts to modify an object’s momentum, which is determined by its mass; the higher the mass, the greater the momentum, and the more force required to change it.