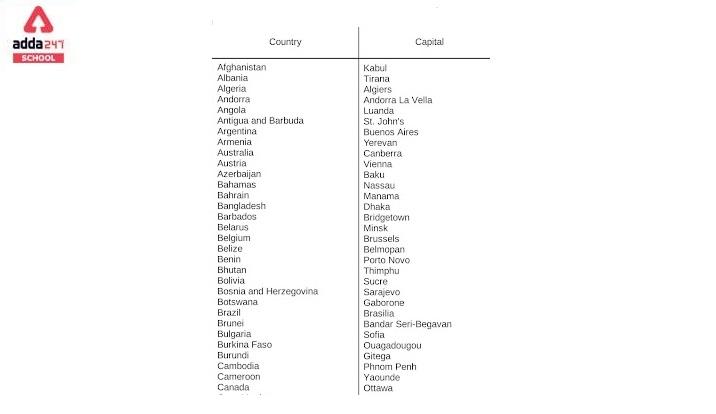 According to continental drift theory, the earth has one single continental mass known as Pangaea and a mega ocean surrounded by this continental mass. The mega ocean is known as Panthalassa. By continental drift theory, the supercontinent Pangaea started splitting after 200 million years, and Pangaea was divided into two big landmasses known as Gondwanaland and Laurasia. Later, Gondwanaland and Laurasia started splitting and formed the 7 continents which are present today.  These 7 continents are Asia, Africa, Europe, Australia, North America, South America, and Antarctica. Some continents are connected with each other and others are separated by water bodies(Oceans). Out of 7 continents, only 6 continents support life and due to the extremely cold environment, Antarctica is uninhabitable. Antarctica is used for research purposes now. These continents are divided into countries and at present, there are 195 countries in the world. In this article, we have discussed all the 195 countries and their capitals.

Read: States And Capitals of India

Countries and Capitals PDF of World 2022

Countries and Capitals of Australian Continent

Australia is located in the south of the equator and referred to as a “down under.” This continent gets its name from the Latin word “Australis”. The meaning of australis is southern. Australia is surrounded by oceans and also it is the smallest continent in the world, often known as an island continent. Australia is famous for Sydney opera house and the largest city in Australia is Sydney. The currency of Australia is the Australian dollar. Below we have provided the names and capitals of all the countries which exist in the Australian continent.

Countries and Capitals of Asian Continent

Worlds largest continent in terms of area and population is Asia out of 7 continents. Asia is known for its primitive civilization such as the Harappan civilization and Chinese civilization. 10 world’s tallest peaks are present in Asian continents and the world’s tallest peak i.e. mount Everest is also present in Asian continents. Among the 7 wonders of the world, three wonders are present in Asia which are Petra, the Great Wall of China, Taj Mahal. Furthermore, Petra is located in Jordan, the Great wall of china is located in China, and Tajmahal is located in India. The world’s most populous countries i.e. China and India are located on Asian Continent. Below we have provided the list of Countries and Capitals located on the Asian Continent.

Countries and Capitals of European Continent

Countries and Capitals of African Continent

Q. What is the capital of Peru?

The capital of Peru is lima.

Q. Where is Peru situated?

Peru is situated in the South American continent.

Q. What is the capital of Canada?

The capital of Canada is Ottawa.

Q. Where is Canada situated?

Canada is situated in the North American continent.

Q. What is the capital of South Sudan?

The capital of South Sudan is Juba.

Q. Where is South Sudan situated?

South Sudan is situated in the African continent.