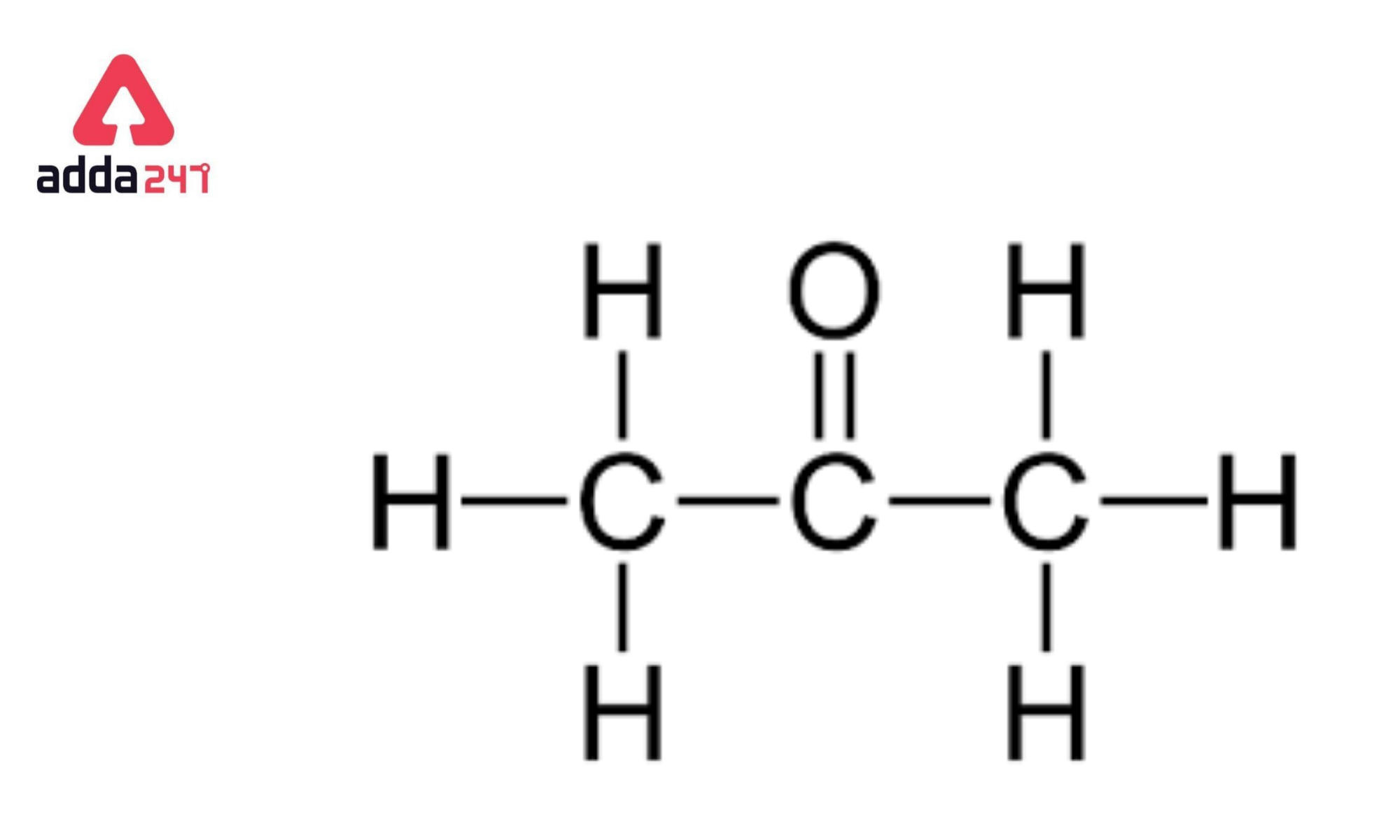 Acetone, also known as propanone or dimethyl ketone, is a ketone with the formula (CH3)2CO. It’s the simplest and tiniest in the ketone family. It’s a colourless, extremely volatile, combustible liquid with a distinctive pungent odour. Acetone is miscible with water and is used as an organic solvent in business, at home, and in the laboratory. In 2010, around 6.7 million tonnes were manufactured globally, mostly for use as a solvent and the synthesis of methyl methacrylate (and thus PMMA) and bisphenol A. In organic chemistry, it is a common building block. Acetone is commonly used in home products such as nail polish remover and paint thinner. In the United States, it is free from volatile organic compound (VOC) regulations. Acetone is created and eliminated by regular metabolic processes in the human body. It’s usually seen in the blood and urine. It is produced in greater quantities in diabetic ketoacidosis patients. It has a modest possibility for causing reproductive difficulties, according to reproductive toxicity tests. Ketogenic diets, which raise blood levels of ketone bodies (acetone, -hydroxybutyric acid, and acetoacetic acid), are used to prevent epileptic seizures in infants and children with refractory epilepsy.

Acetone Formula and Reaction in Chemistry

Propylene can be used to make acetone either directly or indirectly. The cumene process produces about 83 percent of acetone; as a result, acetone manufacturing is linked to phenol production. Cumene is produced by alkylating benzene with propylene, which is then oxidised by air to create phenol and acetone:

Other methods include directly oxidising propylene (Wacker-Hoechst process) or hydrating propylene to produce 2-propanol, which is then oxidised (dehydrogenated) to acetone.

Acetone was previously made by dry distilling acetates, such as calcium acetate in ketonic decarboxylation.

Following that, in the manufacturing of Cordite, acetone was created utilising acetone-butanol-ethanol fermentation using Clostridium acetobutylicum bacteria, which was developed by Chaim Weizmann (later the first president of Israel) to aid the British war effort. When newer technologies with higher yields were discovered, the acetone-butanol-ethanol fermentation was eventually abandoned.

Ques. What is acetone be used for?

Ques. How is acetone harmful to humans?

Ques. What does acetone do to the skin?

Ques. Is acetone the same as nail polish remover?

Ans. Acetone is a colourless, volatile, flammable liquid that is water miscible. Nail polish remover, on the other hand, is an organic solvent that may contain pigment, fragrances, oils, and solvents.

Ques. Is acetone toxic when dry?

Ans. The vapour affects the eyes as well. Ingestion is not dangerous. If consumed in high doses, it can have the same effects as inhalation. Long-Term (Chronic) Exposure Effects: Following skin contact, it can produce dry, red, cracked skin (dermatitis).