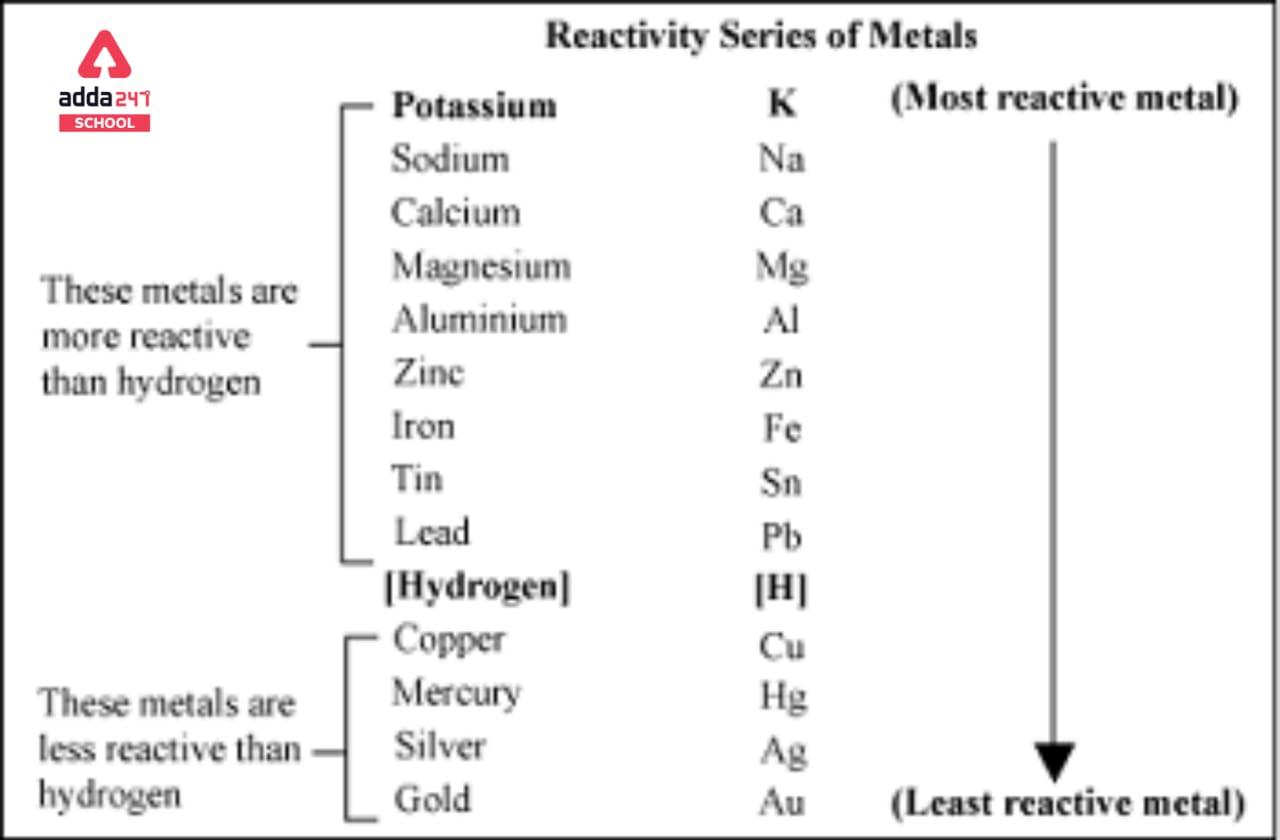 The electrochemical series is a sequence of half cells grouped in ascending electrode potential order. On the left are oxidants, and on the right are their conjugate reductants. The voltage produced when a half cell is linked to the hydrogen half-cell, indicated in red in the electrochemical series on the right, under typical conditions, is the electrode potential of the half cell. 1.00M solutions, 1 atm pressure, and 25°C are the standard conditions.

Electropositive elements (other than hydrogen) are those that have a higher tendency to lose electrons to their solution. Electronegative elements, on the other hand, are those that gain electrons. They are commonly found after the element hydrogen in the periodic table. In any event, we can figure out the order in which metals will replace one another from their salts by looking at the electrochemical series. As a result, electropositive metals are commonly used to replace hydrogen in acids.

Identification of Oxidizing and Reducing agents

Calculating EMF of a Electrochemical Cell

The total of the standard reduction potentials of the two half cells is the cell’s standard emf: Half-cells for reduction and oxidation

Predicting the Feasibility of Redox Reaction

The number of electrons involved is n, the Faraday constant is F, and the cell emf is Eo.

While determining the stability of a metal salt solution when stored in another metal container, the consequent value of Eo for redox reaction is crucial.

Anticipation of the Product

Q. What is an electrochemical series?

Q. How is the electrochemical series arranged?

Q. What is EMF series?

Ans. The electromotive force series (EMF series) is a rating system for metals based on their inherent reactivity. The metals at the top of the sequence are thought to be the noblest, as they have the largest positive electrochemical potential.

Q. What are the advantages of electro chemical series?