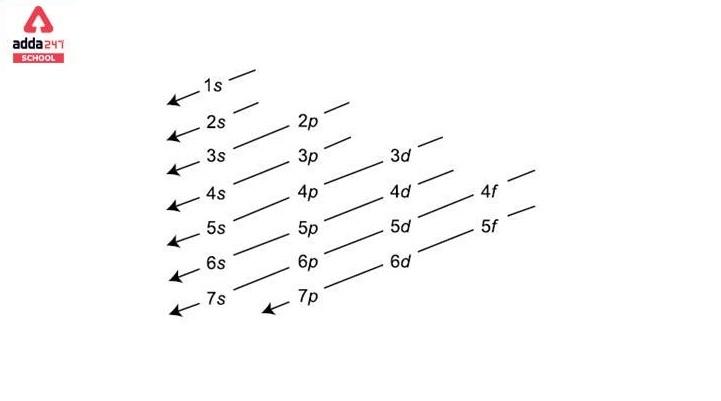 The Aufbau principle, sometimes known as the Aufbau rule, asserts that when an atom or ion is in its ground state, electrons occupy subshells with the lowest possible energy first, then subshells with higher energy. The 1s subshell, for example, is occupied before the 2s subshell. An atom’s or ion’s electrons form the most stable electron configuration feasible in this fashion. The phosphorus atom, for example, has the configuration 1s2 2s2 2p6 3s2 3p3, indicating that the 1s subshell possesses two electrons, and so on.

The Aufbau principle can be used to figure out where electrons are in an atom and what energy levels they correspond to. Carbon, for example, has six electrons and has the electrical structure 1s22s22p2.

It’s worth noting that each orbital can only store two electrons (according to Pauli’s exclusion principle). In addition, the way electrons are filled into orbitals in a single subshell must adhere to Hund’s rule, which states that every orbital in a given subshell must be single-occupied by electrons before any two electrons pair up in an orbital.

Chromium’s electron configuration is [Ar]3d54s1, not [Ar]3d44s2 (as suggested by the Aufbau principle). This is due to a number of variables, including half-filled subshells’ enhanced stability and the comparatively small energy gap between the 3d and 4s subshells.

Writing the Electron Configuration of Sulphur

The Ground State of Multi-electron Atoms/Ions

(1) Minimises the total energy of the electrons

Q. What is Aufbau principle in chemistry?

Ans. The Aufbau Principle asserts that in the ground state of an ion, electrons occupy the lowest accessible energy levels of atomic orbitals before moving on to higher levels. This means that the lower-energy orbitals will be filled first, followed by the higher-energy orbitals.

Q. What is Aufbau principle and its limitations?

Q. What is the Aufbau principle, what N 1 rules are?

Ans. The “Aufbau Rule,” which asserts that the filling of different electron subshells follows the (n + 1) rule in sequence of increasing energy. A related model that predicts the configuration of protons and neutrons in an atomic nucleus is the nuclear shell model.

Q. Why is the Aufbau principle important?

Ans. The Aufbau principle explains how electrons in an atom fill orbitals and shells. Chemists use it to forecast what kinds of chemical bonds an atom is likely to create.

Q. Why is copper An exception to the Aufbau principle?

Ans. These electrons should always fill shells and subshells in the order of increasing energy levels, according to the Aufbau principle. Copper and chromium, for example, are exceptions because their electrons full and half-fill two subshells, with some electrons in higher energy level shells.

Q. How do you remember the Aufbau principle?

It’s a mnemonic for remembering the order in which atomic orbitals are “filled” during the creation of the elements’ ground state electron configurations.