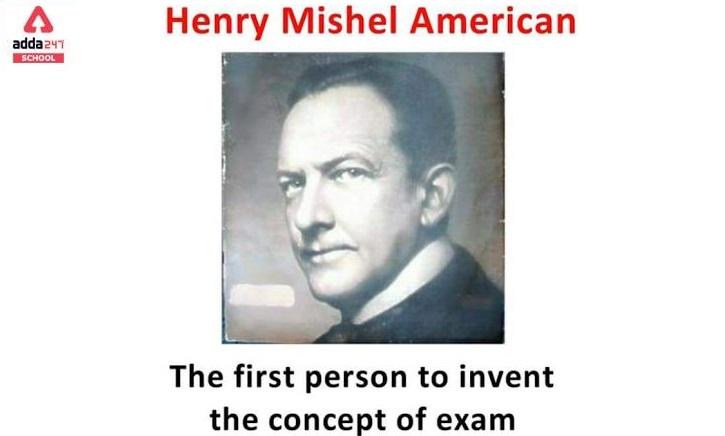 Who Invented Exams in world

Who invented exams– The concept of exams was invented in the late 19th century by an American businessman named Henry Fischel. The first-ever exam was conducted in China and it was the first country to adopt the concept of exams. The first exam conducted by China was known as the Imperial Examination. Examination means to observe, assess, inspect or study a subject. These are conducted by scholars of a particular subject or by scientists or researchers. In today’s world, we know exams as a test to assess a people’s understanding of a particular subject.

Who Invented Exams in- History

In 1853, exams were introduced in India. Earlier, the civil servants were appointed by the East India Company directors, which was also based on nominations. In 1853, the parliament of England abolished the system of nominations. Therefore, the civil servants were selected based on exams. Every year, the exams were conducted in London. The candidates were also required to pass the horse-riding test which was a compulsory part of the examination. The downfall of the East India Company led to the rise of the British Civil Service which took over the responsibilities. The Indian civil service exams were conducted simultaneously in both India and England, which was achieved after the implementation of social reforms Like the Public Service commission and the house of commission resolution.

Types of Exams in India

Who Invented Exams in India?- FAQ’s