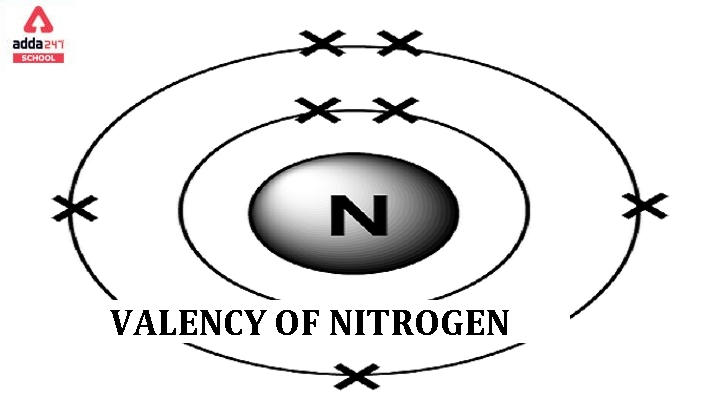 Nitrogen can various valencies, they are:

The valency of the first 30 elements of the periodic table is given below.

Valency of Nitrogen is Positive and Negative

Nitrogen is found in nearly all proteins and plays a vital function in biochemical and commercial applications. Because of its propensity to make a triple bond with itself and other elements, nitrogen produces strong bonds. As a result, nitrogen molecules contain a lot of energy. Before the turn of the century, nothing was understood about nitrogen. Nitrogen is now widely utilised as a food preservative and fertiliser.

At ambient temperature, nitrogen, which makes up around 78 percent of our atmosphere, is a colourless, odourless, tasteless, and chemically inert gas. It gets its name from the Greek words nitron and genes, which mean “to make soda.” During the 1500s and 1600s, scientists speculated that there was a third gas in the atmosphere, in addition to carbon dioxide and oxygen. It wasn’t until the 1700s that scientists were able to prove that there was another gas that took up mass in the Earth’s atmosphere.

Nitrogen is one of the most abundant elements in humans and is more abundant than carbon or silicon in the known universe. Liquefied air is used to recover the majority of commercially produced nitrogen gas. The majority of that amount is utilized to make ammonia using the Haber process. Nitric acid is also produced in large quantities.

Q. Why nitrogen has 3 valency?

ANS: Because the outermost shell of the nitrogen atom possesses 5 electrons, it may accept 3 electrons to complete the octet structure. As a result, the nitrogen valency in NH3 is 3.

Q. Why valency of nitrogen is 5?

ANS: Yes, The presence of five electrons in its outermost shell causes it to lose or acquire three electrons. This allows for varying valencies to be displayed.

Q. How do we calculate valency?

Q. Why valency of nitrogen is 4?

ANS: Nitrogen has a maximum covalency of 4, because the greatest number of electrons a shell can hold is 2n2, hence it can only have 8 electrons. As a result, covalency cannot surpass 4.

Q. What is nitrogen used for?

ANS: The chemical sector relies on nitrogen. Fertilisers, nitric acid, nylon, colours, and explosives are all made from it. Nitrogen must first be reacted with hydrogen to form ammonia before these products may be made.