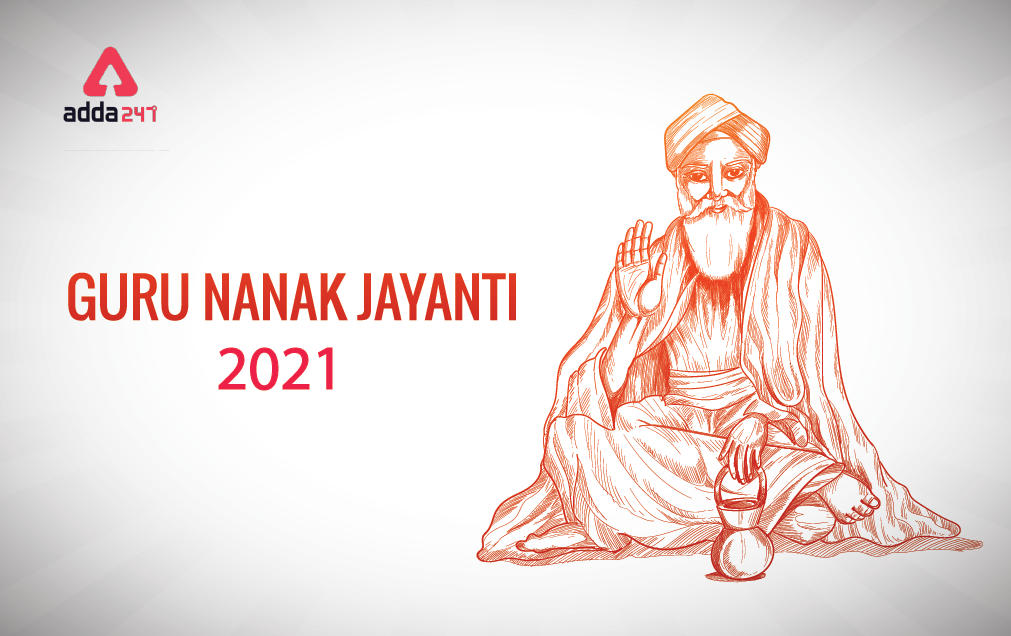 Teachersadda in association with Adda247 wishes all our readers and followers happy Guru Nanak Jayanti. May this day bring lot of happiness and success in your life. This day is also recognized as Guru Nanak Prakash Utsav and Guru Nanak Gurupurab. This is considered the most important festival in the sikh calendar and celebrated world wide. This is the day of celebration, prayer and the celebrations are generally colorful in Punjab, Haryana and Chandigarh.

The date of Gurpurab varies from year to year as per the traditional hindu calendar. While Diwali falls on the 15th day of the Kartik month as per the Hindu calendar, Guru Nanak Jayanti falls fifteen days after that on the auspicious occasion of Kartik Purnima.

This festival in the Sikh community revolves around the birth of ten sikh gurus who helped the community in shaping their beliefs of the Sikhs. Founder of the sikhism, Guru Nanak was born on puranmashi of kattak in 1469 according to Bikarami Calendar. This day is marked as the gazetted holiday in India. Apart from Sikhs, Hindus and other followers of Guru Nanak’s philosophy also celebrate this festival. We wish all the happiness on 552nd Birth anniversary of Guru Nanak Dev Ji. His Teaching and his followers have always helped humanity by spreading peace and equality.

1) There is One God:Guru Nanak said, ” I am neither Hindu Nor Muslim, I am a follower of God”, which actually spoke about his belief in one God.
2) Submission to the Will of God (WAHEGURU) Guru Nanak said that everything happens by Grace of God, and we should respect his decision.
3) He also teaches-Goodwill for all – SARBAT DAA BHALAA-
4) To speak and follow the path of truth.
5) The three Principals
7) Shun five Evils
GuruNanak asked his followers to shun five evils which leads to illusion ( maya) which eventually acts as a roadblock towards attainment of salvation. The five evils are Ego, Anger, Greed, Attachment and Lust.
8) No Discrimination
Guru Nanak was strongly against all artificially created divisions and all discrimination, both in word and deed. He said that the caste of a person is based on what he does i.e. his deeds, good or bad..
9) Against False Rituals/Superstitions which imbibed fear in a persons mind.