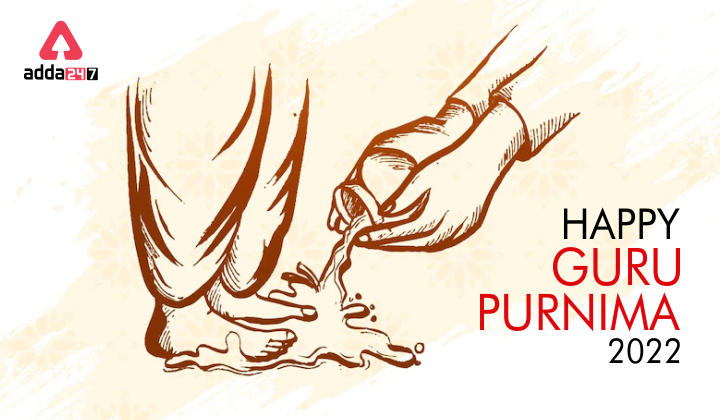 Adda247 wishes our reader an enlightened and tranquil Guru Purnima.

Guru Purnima is celebrated to commemorate the preachings of  Lord Buddha. This is a very auspicious day for Buddhists and all the followers of Buddhism around the world. They offer prayers and puja ceremonies in holy shrines and monasteries. People across the world, devote time to reading holy scriptures and preachings of Lord Buddha to reinstate his teachings in their lives. On the day of Guru Purnima, Lord Buddha gave his first sermon to his five disciples. Hindus and Jains celebrate his day to revere their Gurus or Teachers.

Lord Buddha was a prince of the Sakya clan born as Siddharth Gautam. At his very early age, there were predictions that either he will become a prolific ruler or a great monk. In fear of losing his son and the future of the kingdom, the King confined him in the palace. Not until the age of 29, he couldn’t step out of the palace. On his visit to the nearby village, he witnessed, an old man, death and illness. This incident changed his life as started pondering upon the fact that life is frail, volatile and full of sorrow. Soon he renounced worldly pleasures and his pinewood and left his home to seek the meaning of life and enlightenment.

He spent many 6 years travelling in several forests and studied various doctrines. Finally, he reached a Bodh Gaya and sat under a Bodh Tree to meditate for several weeks at a stretch to attain Nirvana or Enlightenment. After attaining enlightenment, people started calling him Gautam Buddh. He extensive travelled to several countries for the next 45 years and he left the immortal world at the age of 80.

Lord Buddha’s Life and Learnings are not just the foundation of a Religion. It is a way of life. His preachings have inspired people across the world. People seeking peace, tranquillity, calm and serenity often tend to embrace meditation as a way of living.

On his birth anniversary, people offer Kheer as the main Prasad to Lord Buddha. They also offer the Prasad to to monks and finally, it is distributed among the family and friends. As rituals, people offer joss sticks, candles, honey, fruits and flowers to Lord Buddha. Many devotees release animals and birds from cages as a symbol of liberation.

On the auspicious day of Guru Purnima, Adda247 wishes its readers a very happy and enlightened Guru Purnima.