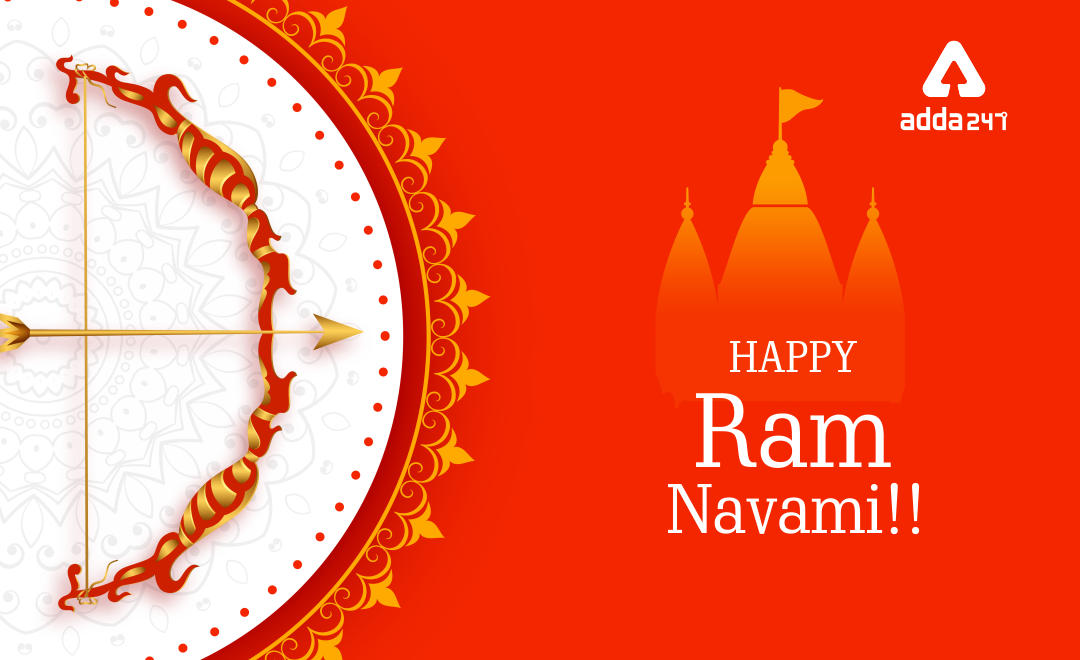 Ram Navami is a Hindu festival celebrated at the ninth day of Chaitra Navratri which marks the birth of the divine incarnation of Lord Vishnu. Lord Rama, the avatar of Lord Vishnu is believed to be descended from the heavenly abode and made an appearance in Ayodhya as the newborn baby. The birth of Maryada Purushottam Rama is said to Hindu festival have the triumph of truth over evil as when his wife Sita was kidnapped, the Lord made to show that how the world can be at peace just by walking on the path of righteousness. Evil can never have triumph over humanity.  Though born in a royal family, HIS life is described as one challenged by the most unexpected changes such as an exile of 14 years into impoverished and difficult circumstances, ethical questions and moral dilemmas just to accomplish his moral obligations. Thus, the birth of Lord Rama denotes the birth of humanity. It is said……..मन से रावन जो निकाले राम उसके मन में है!!!
Here, evils of the world are personified as Ravana while true humanism as Rama. That means if you follow the true path or if you try to be a human, then  Lord Rama himself will reside in your heart, but if you try to be cruel and perform demonic deeds, then it will surely be Ravana there ending the presence of Rama who never let others and you to be at peace. HE (RAMA) is Omnipotent as well as Omniscient from whom we always take a lesson how one can be so patient even in the most difficult times. Today, the world is facing the most dreadful times which are the consequences of residing Ravana in the heart of the humans. The one who was banished from his own Kingdom shown up as the best example for the world as one cannot do anything but have perseverance with a pinch of faith within HIM that he can easily go far even after the most difficult situations just because HE has the values and teachings of his parents. He himself should feel that wherever he lives, his reverent elders will always be there for him. Their love and moral teachings will definitely lead him to aspire the path of virtues, happiness and success one day. Thus, the only key to be at peace is to follow them without being skeptical of their way of fostering us. Lord Rama never condoned the words of Raja Dashrath. He showed the world the real meaning of the famous saying…. प्राण जाये पर वचन न जाये!!!
Lord Rama had within him all the desirable virtues that any individual would seek to aspire, and he fulfills all his moral obligations.  He taught us that it is not appropriate to respond evil with the evil as there are the things like Karma and Dharma that still exist in this Kalyug. HIS life and comments emphasize that one must pursue and live life fully, that all the three aims of life are equally important: virtue (dharma), love (kama), and legal acquisition of wealth (artha). One must also introspect and never neglect what one’s proper duties, actual responsibilities, true interests and legal pleasures are.
जग में सबसे सुंदर है,
मर्यादा पुरुषोतम है !!
सबसे शक्तिशाली है,