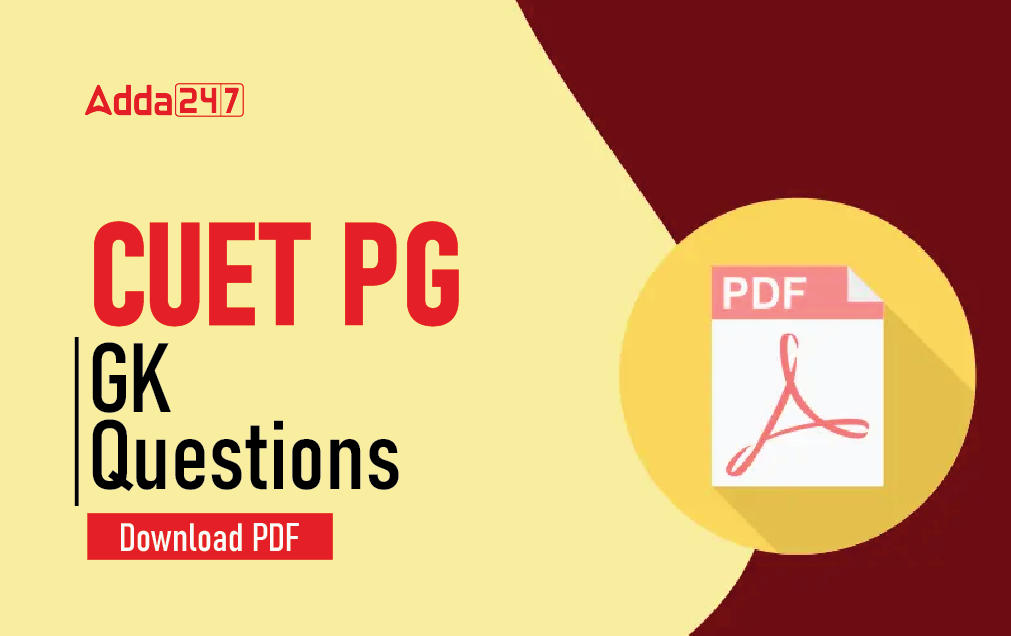 For reference, the syllabus and exam pattern of the CUET Exam 2022 has been given below. The candidates must go through the CUET Syllabus and Exam Pattern to ensure they understand the importance of General Knowledge to be able to crack the CUET PG Exam 2022.

Q1. Where is the Headquarters of the International Weightlifting Federation (IWF)?

Q2. The Darrah National Park (DNP) is located in which state/UT?

Q3. Where is the Indian Institute of Foreign Trade Located?

Q4. The 2022 Women’s Hockey Asia Cup will be held in which country?

Q5. Which of the following state panchayat is set to become the country’s first sanitary napkin-free panchayat?

Q7. Fever ‘Scrub Typhus’ has been recently been reported from which state?

Q8. Which Union Ministry is set to implement the Ken-Betwa project?

(a) Ministry of Defence

Q11. SeHAT scheme has been launched by which ministry?

(a) Ministry of Home Affairs

(b) Ministry of Defence

Q12. Name the winner of the World Games Athlete of the Year award 2021.

Q14. Which one is the seven resolves scheme of Bihar government?

(a) Education of children

(b) Higher education of youths

Q15. With which of the following field is ‘SVAMITVA scheme’ associated?

Q16. What does ‘H’ stand for in the scheme named NIDHI recently inaugurated by Speaker Om Birla?

Q17. Taiyuan Satellite Launch center is in which Country?

Q18. Name of first ever orbital flight crewed entirely by tourists launched by NASA is

Q19. The headquarter of International atomic Energy Agency is located in:

Q20. How many organs are there in UNO?

Q21. __is also called the “Year of Great Divide” in the demographic history of India

Q22. ‘Shramik Mitra Scheme’ for construction workers has been launched by which the following state governments?

Q23. What is the food grain allowance per beneficiary per month under National Food Security Act (NFSA)?

Q24. Taiyuan Satellite Launch center is in which Country?

Q25. Name of first ever orbital flight crewed entirely by tourists launched by NASA is

Sol. The Darrah National Park (DNP) is located in within the Kathiawar-Gir dry deciduous forests’ ecoregion of Rajasthan and covers an area of 250 square kilometers.

Sol. The Indian Institute of Foreign Trade (IIFT) is an autonomous public business school established in 1963 by the Government of India to help professionalize the country’s foreign trade management and increase exports by developing human resources; generating, analyzing, and disseminating data; and conducting research. IIFT Delhi Centre is located in the Qutab Institutional Area in close vicinity of Jawaharlal Nehru University and the Indian Institute of Technology in New Delhi, India and is spread over 6 acres of land

Sol. Kerala’s Kumbalanghi is set to become the country’s first sanitary napkin-free panchayat. This move is a part of the ‘Avalkayi’ initiative, which is being implemented in the Ernakulam parliamentary constituency, in association with the “Thingal Scheme” of HLL Management Academy’s and Indian Oil Corporation.

Sol. The two day virtual event was organised on January 11 and 12, 2022 by Internet And Mobile Association of India (IAMAI). The theme of the summit was “Supercharging Startups”.

Sol. A mystery fever has been reported from parts of Uttar Pradesh, which has claimed over 40 lives, mostly children in the past one week. The viral fever has been identified as Scrub typhus.

Sol. The Economic Survey has projected a growth rate of 8-8.5% for the next financial year ending March 2023.

Sol. Ministry of Defence had launched the Services e-Health Assistance and Teleconsultation (SeHAT) teleconsultation service for all entitled armed forces personnel and their families.

Sol. Higher technical education is one of the seven resolves of Bihar government.

Sol. SVAMITVA (Survey of villages and mapping with improvised technology in village areas) scheme is a new initiative of the Ministry of Panchayati Raj. It aims to provide rural people with the right to document their residential properties so that they can use their property for economic purposes.

Sol. The Speaker of Lok Sabha, Om Birla has inaugurated the NIDHI 2.0 (National Integrated Database of Hospitality Industry) scheme, during an event organised by the Ministry of Tourism, on the occasion of 2021 World Tourism Day.

Sol. The Taiyuan Satellite Launch Center (TSLC) also known as Base 25 is a People’s Republic of China space and defense launch facility (spaceport).

Six organs of the UN are:

Sol. The Delhi government launched the ‘Shramik Mitra’ scheme on 8 November 2021. It will ensure that the benefits of various programs reach construction workers.

Sol. The eligible persons will be entitled to receive 5 Kgs of foodgrains per person per month at subsidised prices of Rs. 3/2/1 per Kg for rice/wheat/coarse grains.

Sol. The Taiyuan Satellite Launch Center (TSLC) also known as Base 25 is a People’s Republic of China space and defense launch facility (spaceport).

Candidates can download general knowledge questions for the CUET PG entrance exam below link. CUET PG GK Questions have been provided for each subject in PDF format for easy access for students. 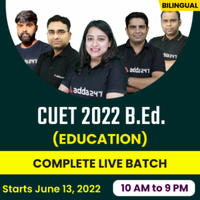