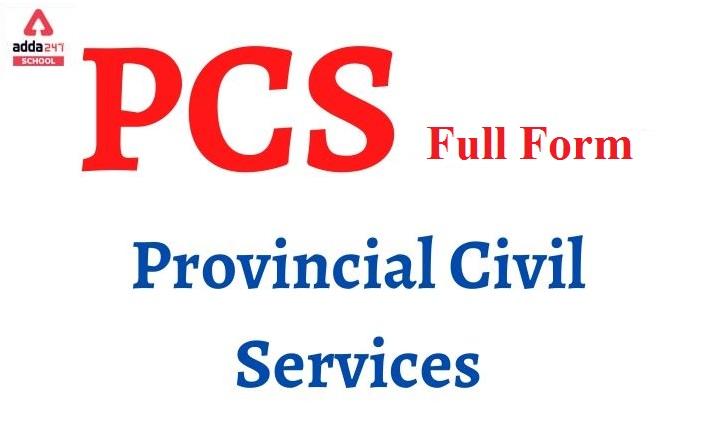 PCS stands for Provincial Civil Service in its entire form. PCS is a state-level civil service that falls under Group A and Group B of the executive branch of the Government of Uttar Pradesh’s state service. This is a multi-tiered exam used to choose employees for the state civil service. The Uttar Pradesh Public Service Commission is in charge of this (UPPSC). Combined State / Upper Subordinate Services Examination is the name of the notice for PCS.

Directly recruited IAS officers frequently allege that promotee IAS officers are given priority in field postings because of their contact with politicians, which they develop over the course of their two decades of service. Many politicians are accused of appointing ‘their men’ as divisional commissioners and district magistrates because the state government is frequently dominated by regional parties.

The Central Bureau of Investigation (CBI) has also begun an investigation into the recruitment of PCS officials by the Uttar Pradesh Public Service Commission (UPPSC) beginning in 2012.

The state government had suspended two PCS employees for a purported land scam worth Rs. 26 crores, in 2019. The Income Tax Department raided the home of Vimal Kumar, a promotee IAS official and former district magistrate and collector of Ghaziabad. P. C. Gupta, an IAS officer promoted to CEO of the Yamuna Expressway Industrial Development Authority, was arrested for his suspected role in the 126 crore land scam.

What’s the distinction between IAS and PCS?

What does it mean to be PCS eligible?

The PCS test requires the following educational qualifications: Candidates must have a Bachelor’s Degree or an equivalent certification from a recognised university.

Is the PCS exam easier than the IAS exam?

When compared to IAS, PCS is an easy exam.

Is it possible for PCS to become DM?

To become an IAS officer, PCS officers had to go through several promotions. If he is not promoted to IAS rank because of a lack of recommendation, he will be assigned to a post equivalent to DM.

Is PCS a viable career option?

A career in the Provincial Civil Service, or PCS, is one of the most profitable and respected in India. Aside from the monetary rewards of being a PCS officer, serving the country as a government worker is a source of immense pride.