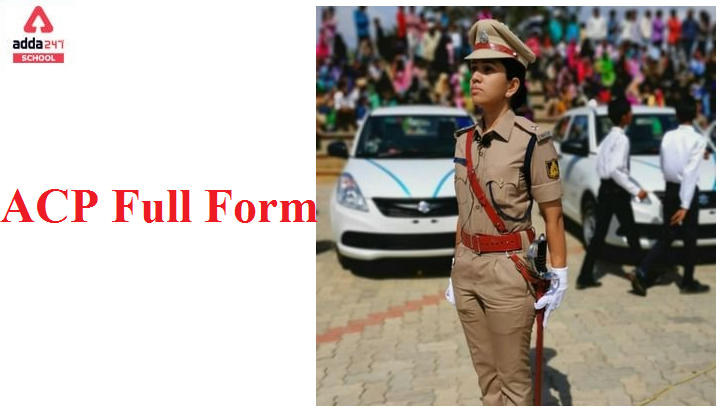 Assistant Commissioner of Police is what the abbreviation of ACP stands for. It is one among the very best levels within the Indian Police Service (IPS). ACP is an important post in the Police Department which comes under both Central and State levels. The Assistant Commissioner of Police, abbreviated as ACP, is considered one of the high ranks in the Indian Police Service.

The ACP rank is not just in India but is a police rank that is used all around the world. It’s a rank that’s employed in a variety of countries’ revenue administrations, including income tax, property tax, inland tax, customs, and so on. The ACP of land taxes is also given magisterial powers.

Read About IT Full Form and ITI Full Form

ACP Full Form: How to be an ACP in police?

There are two possible paths to achieve this grade:

To become an ACP, a candidate must have certain qualifications such as-

Officers who are enlisted through PPS or PSC are given the rank of ACP.

However, an officer in the Indian Police Service receives this rank after finishing his probation period.

What is the full form of ACP?

Assistant Commissioner of Police is what the abbreviation of ACP stands for.

Is the Assistant Commissioner of Police an IPS?

Who holds a higher rank, ACP or SP?

The Superintendent of Police is a more senior position. In the system, SP is the equivalent of Deputy Commissioner (DC) of Police. While an IPS officer always holds the position of SP, an ACP can be held by a State Police Service (SPS) officer. The SP value is higher than the ACP value.

What is the full form of DCP?

Who holds a higher rank, ACP or DCP?

The DCP has a higher rank. The rank of Deputy Commissioner of Police (DCP) is comparable to the rank of Superintendent of Police (SP). As a result, DC/DCP is greater than ACP.