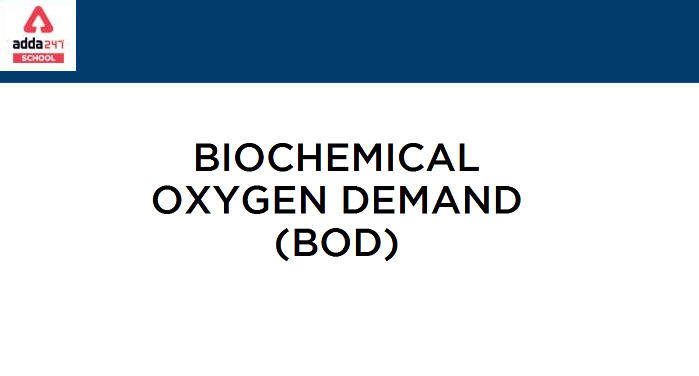 What is the full form of BOD?- How to Calculate BOD?

This relative oxygen requirement is evaluated using established laboratory techniques after 5 days using a redox titration known as the Winkler method. The degree of water quality may be estimated based on the Biochemical Oxygen Demand measured. It is measured in milligrammes of oxygen per litre of sample. It is normally assessed on a scale of 1-9 with a maximum of 100. After 5 days of incubation at 20 degrees centigrade, BOD (Biochemical Oxygen Demand) is computed and represented as milligrammes of oxygen used per litre of sample. The formula for calculating BOD is as follows:

Organic substances and dissolved oxygen are present in varying amounts in natural water bodies such as ponds and lakes. Inside these fluids, microorganisms that rely on organic nutrients use dissolved oxygen to break down them, providing energy for growth and reproduction. BOD occurs in favourable circumstances like nutritional concentrations, temperature, and the availability of enzymes. Total Biochemical Oxygen Demand is the quantity of oxygen required to fully break down organic molecules to CO2 and water during the microbial life cycle (Total BOD). When microbiological organisms use dissolved oxygen quicker than atmospheric air dissolves, the oxygen level becomes unbalanced, resulting in the death of fish and aquatic species.

Here we have given the BOD Levels and their meaning. Check the information given in the table below:

pH: An irregular pH value causes a considerable drop in the elimination rate of organic molecules, which has a substantial impact on BOD readings.

Organic compounds found in water: The number and kind of organic components that determine the rate of dissolved oxygen consumption, which influences water’s Biochemical Oxygen Demand.

How to Reduce BOD Level

The full form of BOD is Biochemical Oxygen Demand. It is defined as the quantity of dissolved oxygen required by microorganisms for the aerobic decomposition of organic matter present in water bodies (or a certain water sample) at a given temperature during a given time period.

Q.2 How to check the BOD level of water?

Water BOD is calculated in two stages. To begin, collect two samples of water and analyse one immediately while incubating the other in the dark at 20 degrees Celsius for 5 days. After 5 days, test the incubated sample. The quantity of BOD is the difference in oxygen levels between two samples in milligrammes per litre.

Q.3 What are the methods to reduce the BOD level?