Skip to content
Online Tution   »   Important Question   »   Who was the last Viceroy of... 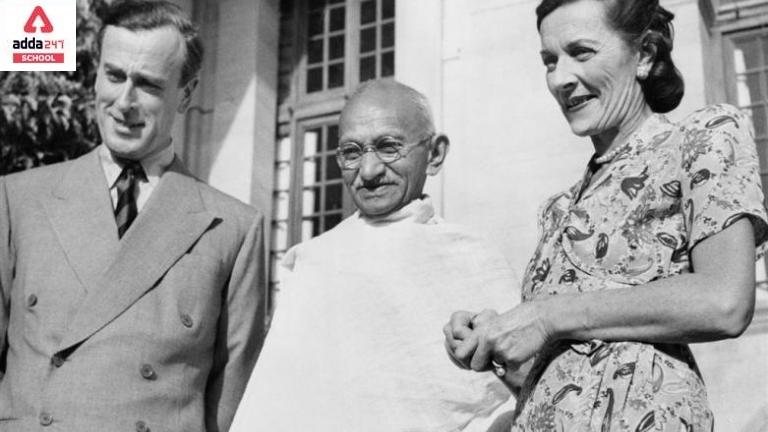 The Last Viceroy of India was

Lord Mountbatten was born on 25 June 1900, in Windsor. He was the son of Prince Louis of Battenberg and Princess Victoria of Hesse. He belonged to the Royal family of Germany and his grandmother was Queen Victoria. His father was the first sea lord but soon had to resign from his position due to Anti-German sentiments, and world war I also affected his position in many ways. After this, they had to change their name to Mountbatten from Battenberg.

During world war I, Lord Mountbatten joined the Royal Navy in 1916. He observed and saw the action of world war I and II during his naval training.

Lord Mountbatten was appointed as the Viceroy of India by the British Prime minister Clement Attlee who advised King George VI. On 20th February 1947. Lord Mountbatten arrived in India. His main objective for the appointment as the Viceroy was to avoid the partition scenario in India. To achieve his best results, he made good relations with the Indian leaders and politicians. He met Jawaharlal Nehru and Mahatma Gandhi and told them about the disadvantages of partition. The only person whom he couldn’t convince was Muhammad Ali Jinnah, he was keen to part Pakistan from India and make it a different country. Everybody failed to achieve the idea of a United India and all the leaders including Mountbatten agreed to the separation of the country.

Lord Mountbatten was already told about his goal to decrease the chances of partition but was also given the freedom to accept the change and make India United. He subsequently formed the Indian union but failed to persuade the states like Jammu and Kashmir, Hyderabad, and Junagadh which led to tensions between India and Pakistan.

Lord Mountbatten dated the partition and Pakistan and India got their independence on 14th and 15th August 1947 respectively. Lord Mountbatten served as the first governor-general of independent India till 1948.

The Last Viceroy of India- Death

Lord Mountbatten was a well-known personality. His death was tragic, he was targeted for assassination. During 1979 the violence between Catholics of Northern Ireland and the Protestants, also known as ‘The troubles’ because they were violent and protracted, was going on. In August, The Troubles made Lord Mountbatten their victim and it was the first royal casualty. Lord Mountbatten was on a vacation with his family members. They were sailing on a boat on the Donegal Bay, which was blasted by a huge explosion.

The Last Viceroy of India: FAQs

Ans. The title of Viceroy was removed by the British government after the partition of India and Pakistan. After the adoption of the constitution of both the countries, the title Governor-General was also removed.

Ans. In the queen’s proclamation appointing Viscount Canning in 1858, the title Viceroy was used, which was changed by the government of India Act, which came into effect on 22 April 1834.

3. Why was Lord Mountbatten appointed as the Viceroy of India?

Ans. Due to his experience in the Eastern region, Prime minister Clement Attlee advised King George VI to appoint Lord Mountbatten as the Viceroy of India.