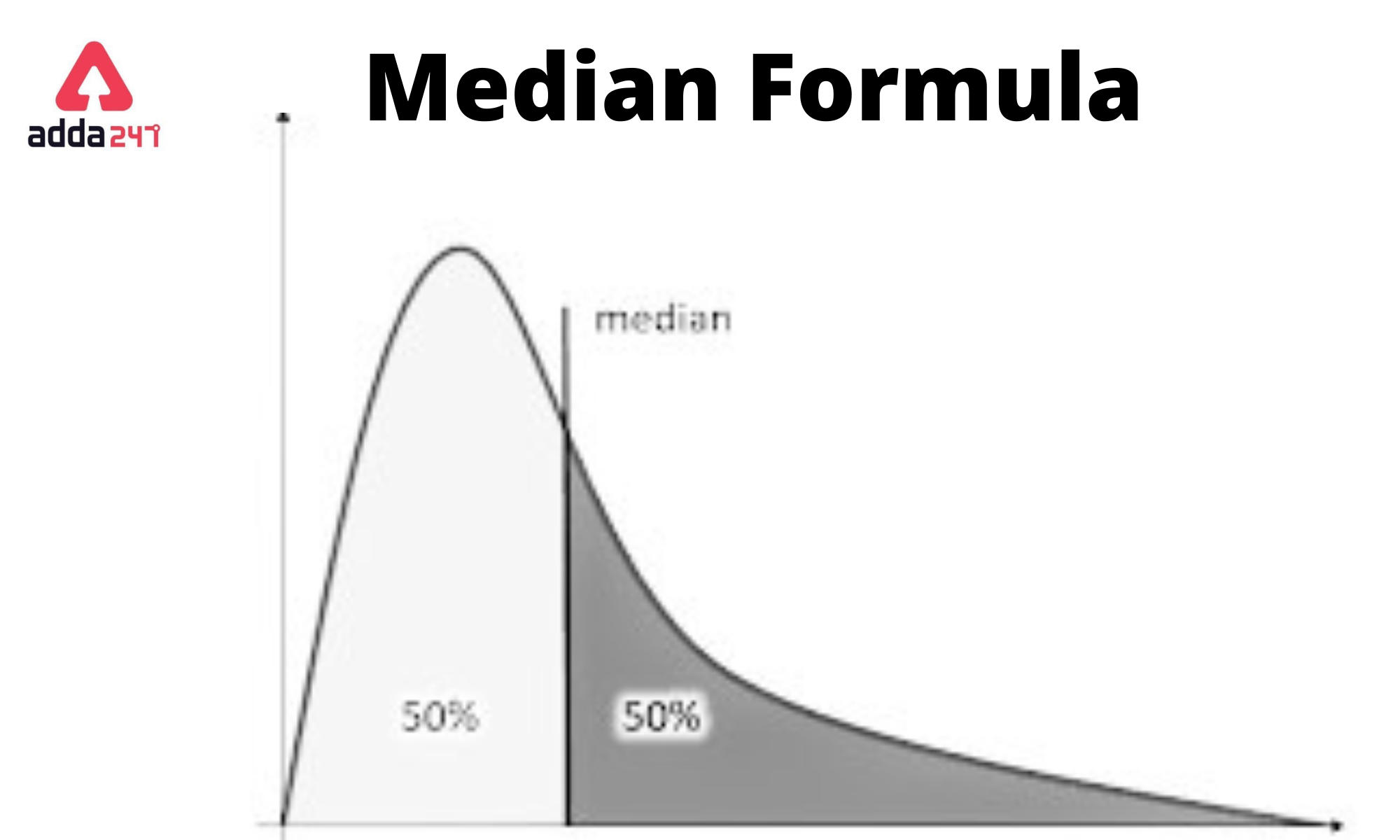 For each group, the median is the value in the middle. It’s where half of the data is more and half of the data is less. The median makes it possible to represent a vast number of data points with just one. The median is the most straightforward statistical measure to compute. The data must be sorted in ascending order to calculate the median, and the middlemost data point is the data’s median.

The median of the data is the value of the middle-most observation obtained after arranging the data in ascending order. In many cases, it is difficult to evaluate all of the data for representation, hence the median comes in handy. The median is a simple metric to calculate among the statistical summary metrics. Because the data in the middle of a sequence is regarded as the median, the median is also known as the Place Average.

Median of a given data is given by the formula:

where X is the list on order of values of a given set of data,

and n refers to the number of values in the given set of data.

Data that has been categorised is referred to as grouped data. This type of data can be displayed using histograms and frequency tables.

Formula for finding median of a grouped data set is:

The first data you collect from an experiment or study is ungrouped data. The data is unprocessed, meaning it hasn’t been categorised, classified, or otherwise grouped. A list of numbers is what an ungrouped piece of data is.

Formula for finding median of an ungrouped data set is:

where n is odd.

Median Formula For Even Number of Observations

where n is even.

Relationship between Median, Mean, and Mode

Karl Pearson explains the relationship between mean median and mode with the help of his Formula as:

Therefore, by using the obtained equation, we can find the value of one of the three if the value of the other two is given.

How do we calculate the median?

To calculate the median, sort your data first. Then, using n, the number of values in your data collection, determine the middle position. When n is an odd integer, the median is found at (n + 1) / 2. The median is the mean of the values at positions n / 2 and (n / 2) + 1 if n is an even integer.

What is the mean vs median?

A data set’s mean (average) is calculated by summing all of the numbers in the set and dividing by the number of values in the set. When a data collection is ordered from least to largest, the median is the midway value. In a data set, the mode is the number that appears the most frequently.

What is median in math geometry?

A median is the line segment that connects a vertex to the opposing side’s midway. When the vertex is an angle in an equilateral triangle or the non-congruent angle of an isoceles triangle, it is also an angle bisector.

Is an altitude a median?