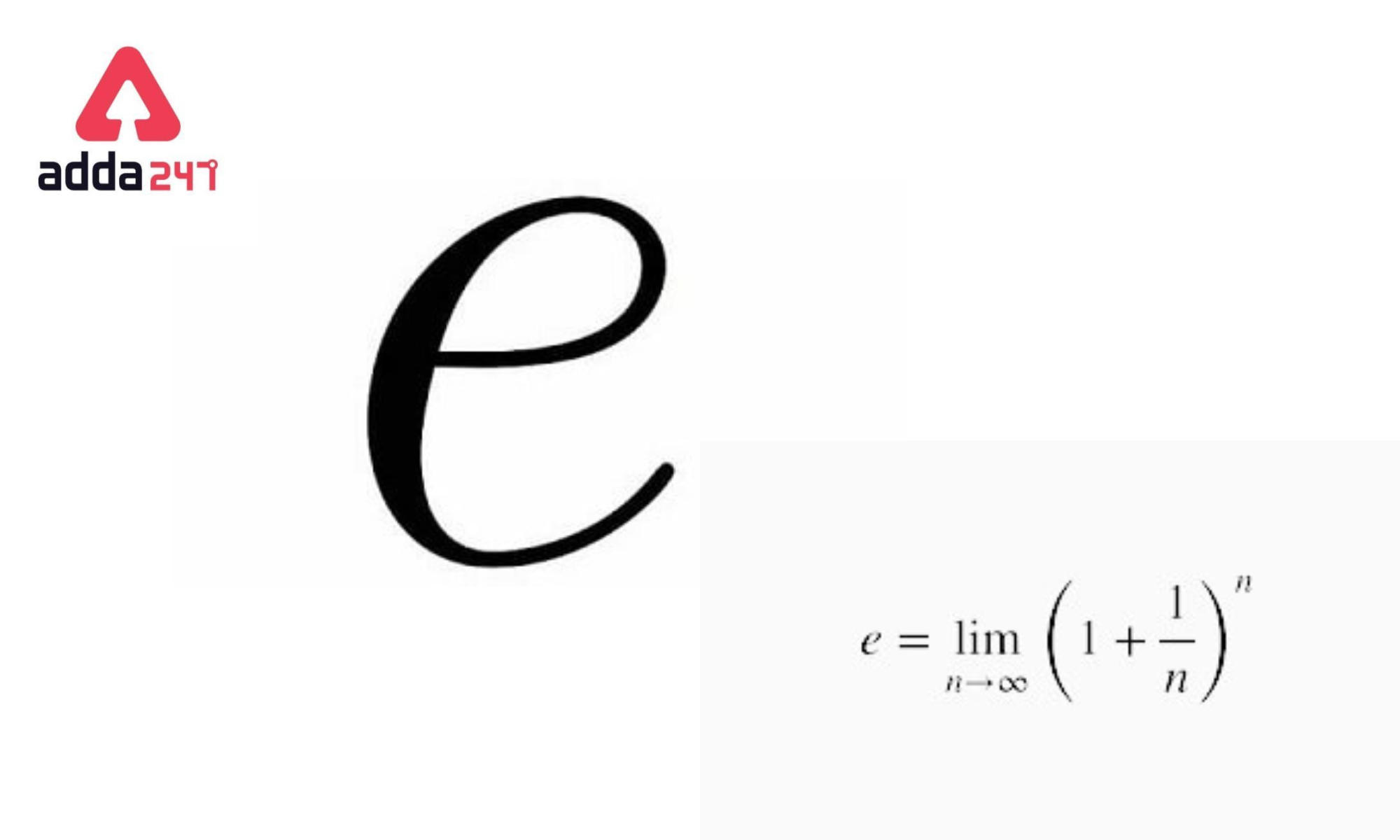 Value of e in Maths

The number e, commonly known as Euler’s number, is a mathematical constant with a value of around 2.71828 that can be described in a variety of ways. It is the natural logarithms’ base. As n approaches infinity, it is the limit of (1 + 1/n)n, an expression that emerges in the study of compound interest. It’s also possible to calculate it as the sum of infinite series.

In mathematics, the number e, along with the numbers 0, 1, π and i is extremely important. All five are mentioned in one version of Euler’s identity, and they all have essential and recurrent roles in mathematics. e is irrational (that is, it cannot be expressed as a ratio of integers) and transcendental, just like the constant (that is, it is not a root of any non-zero polynomial with rational coefficients).

Value of e in Physics

Euler’s number has a huge number of digits in its magnitude. It can go up to 1000 digits. However, we only utilise the approximated value of Euler’s number e, which is 2.72, in mathematical computations.

The seventeenth century was a period of rapid transformation. It was the time of the scientific revolution, colonialism’s spread, the rise of mass literacy, and a boom in international trade. The European age of exploration (and exploitation) brought various cultures from around the world into contact, conflict, and commerce on a scale that none of the previous great empires could match. The demand for capital increased as the volume of business grew. Money loans began to play an increasingly important part in the success of individuals, businesses, and countries.

Given the expanding importance of finance in the seventeenth century, historians assume the first individual to compute e would have been most likely a banker or dealer interested in compound interest’s qualities.

Ques. What is Euler of a number?

Ans. Euler’s number is a significant constant that appears in a variety of contexts and serves as the foundation for natural logarithms. Euler’s number is 2.72, an irrational number symbolised by the letter e, in which the digits carry on indefinitely in a sequence that never stops or repeats.

Ques. What is Euler’s number in fluid mechanics?

Ans. The Euler number is a dimensionless value used to analyze fluid flow dynamics situations involving a significant pressure differential between two sites. The Euler Number can be thought of as a measure of the pressure forces to inertial forces ratio.

Ques. What is Euler’s number used for in physics?

Ans. The Euler number is used to characterize energy losses inflows, and it expresses the link between a local pressure drop produced by a limitation and the kinetic energy per volume of the flow. A completely frictionless flow equates to an Euler number of zero.

Ques. Where does Euler’s number come from?

Ans. Leonhard Euler, the famous mathematician, was the one who found e and determined its value to 23 decimal places. It’s also known as Euler’s number, and it’s a transcendental number like pi (it implies that the Euler number is not the root of any algebraic equation which has integer coefficients).

Ques. When did Euler first use e?

Ans. The notation e initially apApeared in a letter Euler wrote to Goldbach in 1731, for whatever reason. In the years that followed, he made several discoveries about e, but it wasn’t until 1748 that he authored Introduction in Analysin infinitorum that he presented a comprehensive study of the theories around e.