Skip to content
Online Tution   »   The First President of India 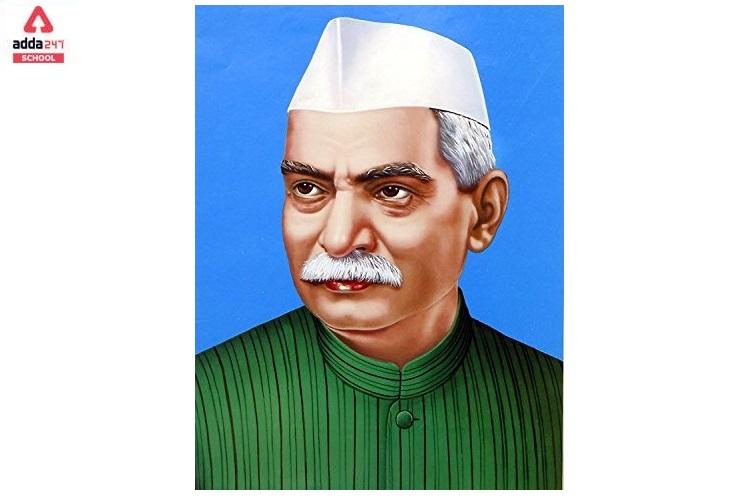 The first president of India

The first President of India was Dr Rajendra Prashad. Rajendra Prasad was born in Zeradei, India, on December 3, 1884. He was an Indian politician, lawyer, and journalist who served as the first president of the Republic of India and was a noncooperation movement comrade of Mahatma Gandhi.
In this article, we will be learning a lot about the life of this former Indian President, who had also played a major role in India’s Independence. Dr Rajendra Prashad has always been remembered with great honour and is always remembered for his sheer intelligence and contribution in the field of Indian Political History.
We will first start with his early life and then move forward.

Read: Who is the Father of Physics?

The first president of India: Career

He was recruited by Gandhi in 1917 to aid in a campaign to improve circumstances for peasants exploited by British indigo planters in Bihar, and he eventually gave up his law practice to join the non-cooperation movement in 1920. Dr Rajendra Prashad, who became a nationalist journalist, wrote for Searchlight in English, which he formed. He also launched his lifelong battle to establish Hindi as the national language by editing the Hindi weekly Desh.
He was imprisoned by the British on multiple occasions for noncooperation. In addition, he spent nearly three years in prison as a member of the Congress Party’s Working Committee.

Read: Who is Father of Biology?

The first president of India: Dr Rajendra Prashad From minister to President

Dr Rajendra Prashad was sworn in as Minister of Food and Agriculture in the interim administration before full independence in September 1946, and he also presided over the Indian Constituent Assembly from 1946 to 1949, helping to create the constitution. In 1950, Dr. Rajendra Prashad was elected president by acclamation. Dr Rajendra Prashad was also elected by an overwhelming majority of the new electoral college during the first general election in 1952. He was re-elected to a third term in 1957.

Read: Who is Father of Geography?

The first president of India: Retirement

Because of his failing health, Prasad stepped down from public life in 1962, the same year he was awarded the Bharat Ratna, India’s highest civilian honour. Atmakatha, his autobiography, was published in 1946. Dr Rajendra Prashad, India’s first president, is the author of several works, including India Divided (1946), Mahatma Gandhi and Bihar, Some Reminiscences (1949), and others.

President of India: Role and Responsibility

The president of India is the country’s head of state and is often referred to as India’s first citizen. The position is largely ceremonial and is elected by the Electoral College, which is made up of elected members of the parliament houses, the Lok Sabha and the Rajya Sabha, as well as members of the Vidhan Sabha, the state legislative assemblies, and is vested with these powers by the Indian Constitution. Article 56, part V, of the Constitution states that the President of India may serve for a maximum of five years; however, if a president’s term of office is terminated early or while the president is absent, the vice president assumes office. In the event that this is not practicable, or in the event of any other unforeseen circumstance, the parliament may decide how to perform the president’s duties.

The Presidents of India

Since India’s declaration as a republic with the promulgation of the Indian constitution, there have been 14 presidents. Aside from these fourteen, there have been three acting presidents. In 1969, Varahagiri Venkata Giri was named acting president, and he is the only person to have served as both president and acting president. Furthermore, Rajendra Prasad, India’s first president, is the only individual to have served two terms in office.
Before being elected, seven presidents were members of a political party, six of whom were active members of the Indian National Congress, and one of whom was a member of the Janata Party. Pratibha Patil, the 12th president, was the first woman to hold the position when she was elected in 2007, and Ram Nath Kovind, the 14th and current president, assumed office on July 25, 2017.

The First Woman President of India

Pratibha Devisingh Patil (born 19 December 1934) is an Indian politician and lawyer who served as the 12th President of India from 2007 to 2012. Patil, a member of the Indian National Congress, is the only woman to hold the post.

FAQs on Who is the first President of India?

What was the name of India’s first president?

In India, who has held the position of President twice?

Rajendra Prasad, India’s first president, is the only person to have served two terms in office.

Who is India’s Prime Minister?

Narendra Modi has been India’s Prime Minister since 2014.

What is the name of India’s capital?

New Delhi is India’s national capital, located on the west bank of the Yamuna River in the north-central section of the country, adjacent to and just south of Delhi city (Old Delhi) and within the Delhi national capital territory.

What is Narendra Modi’s full name?

What was the name of India's first president?

In India, who has held the position of President twice?

Rajendra Prasad, India's first president, is the only person to have served two terms in office.

Who is India's Prime Minister?

Narendra Modi has been India's Prime Minister since 2014.

What is the name of India's capital?

New Delhi is India's national capital, located on the west bank of the Yamuna River in the north-central section of the country, adjacent to and just south of Delhi city (Old Delhi) and within the Delhi national capital territory.

What is Narendra Modi's full name?