Skip to content
Online Tution   »   Important Question   »   Who is the father of geography? 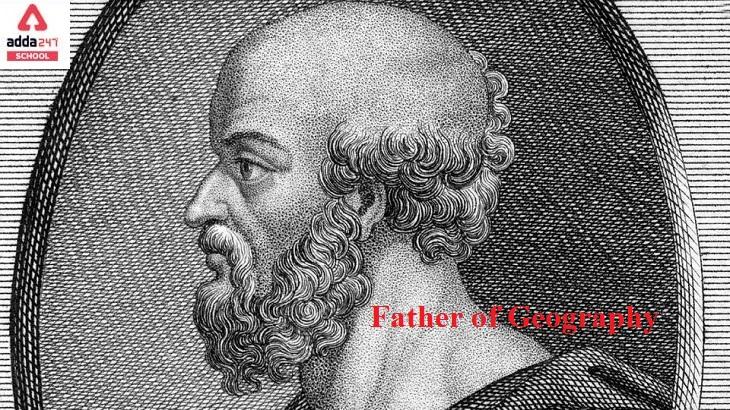 Who is the father of geography?

Read About: Who is the father of Physics?

Who is father of geography? Eratosthenes

The ancient Greek scholar Eratosthenes is known as the “Father of Geography.” He was the first to use the term geography, and he also possessed a small-scale understanding of the planet, which aided him in calculating the earth’s circumference. Eratosthenes possessed a wide range of abilities. He was a Greek mathematician, geographer, poet, astronomer, and music theorist who lived in the fifth century BC.

Who is known as the father of geography?

In the discipline of geography, he pioneered vocabulary that is still used today. He is most famous for being the first person to determine the Earth’s diameter. He accomplished this by utilising the substantial survey findings he had access to as part of his job at the Library. His calculation was astonishingly precise. He was also the first to determine the axial tilt of the Earth, which proved to be extremely accurate. Based on the known geographic knowledge of his day, he developed the first global projection of the earth, which included parallels and meridians.
Eratosthenes is credited with inventing scientific chronology. He even attempted to modify the dates of the semi-mythological Trojan War’s major incidents. He popularised the Eratosthenes’ sieve for detecting prime numbers in number theory.
His critics despised him, naming him Beta because he constantly came in second in all his endeavours, according to an entry in the Suda. His admirers, however, dubbed him Pentathlos, after the Olympians who were all-around competitors. He had established himself to be an expert in every field of study for them. Eratosthenes desired to comprehend all of the world’s intricacies.
The Suda Lexicon referred to Eratosthenes as an “All-Rounder” because he possessed a wide range of abilities. Eratosthenes is described by Strabo as a mathematician among geographers and a geographer among mathematicians.
In his Preparatio Evangelica, Eusebius of Caesarea merely writes that Eratosthenes calculated the distance to the Sun to be 400 and 80,000 stadia, and the distance to the Moon to be 780,000 stadia.
Eratosthenes also determined the diameter of the Sun. The diameter of the Sun, according to Eratosthenes, is approximately 27 times that of the Earth. However, the actual figure is 109 times higher.
Furthermore, Eratosthenes created a calendar based on his assumptions regarding the Earth’s ecliptic. He computed that there are 365 days in a year and 366 days in the fourth year.

The father of geography UPSC

He was also quite pleased with his answer to the Doubling the Cube problem. To calculate the cube, he built the mesolabio, a mechanical line drawing apparatus. His answer was dedicated to King Ptolemy. Eratosthenes had a friend named Archimedes. He, too, used mathematics to work on the war instrument. Knowing Eratosthenes’ passion for learning and mathematics, Archimedes dedicated his book The Method to him.
Now, if you want to know about what geography actually is, Here is a brief account to gain a lot of knowledge about this particular subject. Keep reading!

Read About: Who is the father of Biology?

who is known as father of geography?

Geography is a scientific discipline. It is dedicated to the study of the Earth’s and other planets’ territories, characteristics, population, and phenomena. Eratosthenes was the first to use the term. Geography is a broad field of study that aims to comprehend the world and its intricacies.
Human geography and physical geography are the two branches of geography. The study of people and their communities, cultures, economics, and interactions with the environment is referred to as human geography. This is accomplished by examining their interactions with and across space and location. Physical geography, on the other hand, is concerned with the study of natural processes and patterns. The atmosphere, hydrosphere, biosphere, and geosphere are all covered in Physical Geography.
Geography, a scientific discipline, has been labelled “the world discipline” as well as “the link between the human and physical sciences.”

FAQs on The father of Geography

Who was the first to discover geography?

Eratosthenes is credited with coining the term geography.

Who do you think is the father of human geography?

Carl Ritter is regarded as the founder of the field of human geography.

Who do you think is the father of Indian geography?

What is the name of the founder of civics?

Benjamin Franklin is known as the Father of Civics.

Who is referred to as the “Father of the Earth”?

Geb was a legendary member of the Ennead of Heliopolis and an Egyptian god of the ground. He might also be regarded as the father of snakes.