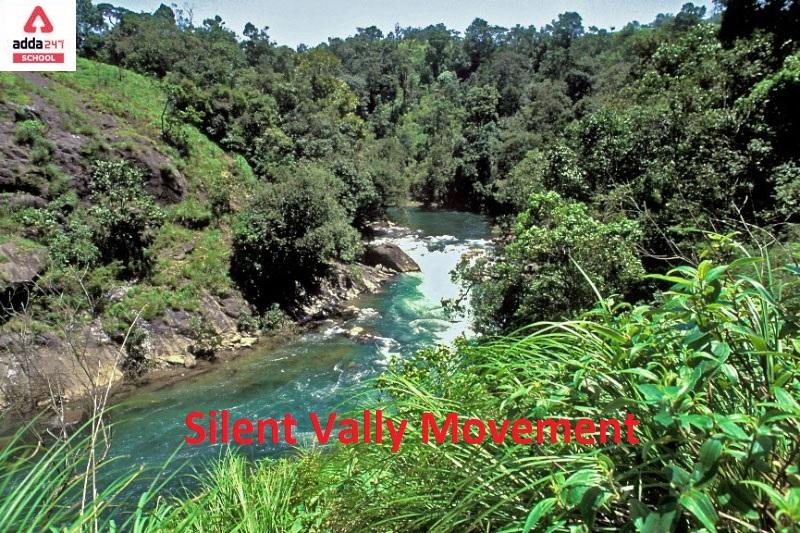 Silent valley is an evergreen tropical forest, which is a densely forested area in the Palakkad district of Kerela, India. The silent valley movement was started in 1978, by an NGO in Kerala named Kerala Sasthra Sathiya. The movement started as a Wildlife conservation project.

Silent valley is famous for the rare species of animals and birds found there. The forest is densely forested and has deep forests, this causes no noise in the forest except the birds and insects, this is the reason this Valley is Known as Silent valley. The area of this Valley is 90 square kilometers. The river Kunthipura across Silent valley. The river covers about 15 km and it originates from a height of 2400 m. The silent valley has a mythological history which says that the Pandavas after they lost their kingdom and property, settled in the silent valley. The silent valley movement originated after the announcement of dam construction at the upper stream of Kunthipura. The state government conducted its first survey in 1958. The British technical experts suggested that the dam at the upper stream can help in generating hydroelectricity. The project was approved in 1973 by the planning commission. The main objective of the project was to generate 120 megawatts of electricity and water to produce 240 megawatts of electricity. There was no such protest till 1976. In 1976, a group of environmentalists came forward to protect against the construction of a dam over the upper stream. Under the president of Vice-president of World wildlife Find, India, a task force was formed. The task force worked for a year and did several surveys, which suggested stopping the construction of the project. The report presented by the task force concluded that the construction of the project will cause a lot of damage to forest life and will lead to disasters in the forest. It will ultimately harm the flora, fauna, and water. The report also suggested that if the government has no option but to build the dam, they have to follow the 17 guidelines provided by the report. In 1979, the lead of the task force accepted that the earlier report was his mistake and he plead with the government for a total ban on the project.

Kerela Sasthra Sathiya Parishad (KSSP), an NGO and the largest popular science organization in Kerala started the silent valley movement. The state conference accepted the proposal of banning the project and KSSP launched a huge signature campaign to stop the construction of the project. The project was then endorsed in the legislative assembly. KSSP launched a booklet named “The silent valley movement Hydroelectric project- A techno-economic and socio-political assessment”. In 1979, the then prime minister of India ordered the state government to cancel the project.

1. Where did the silent valley movement start?

2. Why is the silent valley movement important?

3. Who started the silent valley movement?

Ans. In 1973, an NGO called Kerala Sasthra Sathiya Parishad, took the initiative to save the silent valley by starting a movement.

4. What happened to the silent valley hydroelectric project after the movement?

Ans. The assembly of IUCN urged the government to turn down the proposal of the project to conserve the wildlife of the valley.