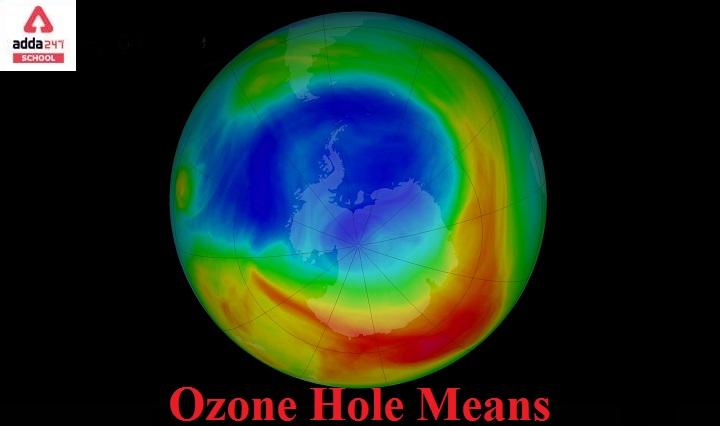 Chemicals released by industry, primarily chlorofluorocarbons, were found to be depleting the ozone layer in 1976, according to atmospheric research (CFCs). Concerns that increased UV radiation from ozone depletion posed a threat to life on Earth, including increased skin cancer in humans and other environmental issues, led to chemical bans, and the latest evidence suggests that ozone depletion has slowed or stopped. The International Day for the Preservation of the Ozone Layer was established by the United Nations General Assembly on September 16th.

Two interconnected occurrences have been noticed since the late 1970s: a constant drop of roughly 4% in total ozone in Earth’s atmosphere (the ozone layer), and a substantially bigger springtime decrease in stratospheric ozone around Earth’s polar regions.The ozone hole is the name given to the latter phenomenon. In addition to these stratospheric events, there are springtime polar tropospheric ozone depletion events.
Read About: Biosphere Reserve

How is Ozone Hole Created?

Chemicals, particularly manufactured halocarbon refrigerants, solvents, propellants, and foam-blowing agents (CFCs, HCFCs, halons), are the primary causes of ozone depletion and the ozone hole. After being emitted from the surface, these compounds are carried into the stratosphere by turbulent mixing, which mixes the molecules far faster than they can settle. The presence of chlorine-containing source gases is the principal cause of ozone depletion.

The majority of the ozone that is destroyed happens in the lower stratosphere, as opposed to the considerably lesser ozone depletion that occurs in the high stratosphere due to homogenous gas-phase interactions.
Read More About: Biotic and Abiotic Components

Because the ozone layer absorbs UVB ultraviolet light from the sun, Ozone depletion increases surface UVB levels, which is harmful, including a rise in skin cancer. The Montreal Protocol was created to address this issue. Despite the fact that declines in stratospheric ozone are well linked to CFCs and increases in surface UVB, there is no direct observational evidence linking ozone depletion to an increased risk of skin cancer and eye impairment in humans. This is partially due to the fact that UVA, which has been linked to some forms of skin cancer, is not absorbed by ozone, and partly due to the fact that tracking statistics for lifestyle changes over time is practically impossible. Depletion of ozone may also affect wind patterns.

What is the simple definition of an ozone hole?

Significant ​ozone depletion in a region of the ozone layer, especially over Antarctica and the Arctic. The degradation of ozone by CFCs and other substances such as carbon tetrachloride (CCl4) and carbon tetrafluoride (CTF) causes the depletion (CF4).

What is the significance of ozone?

What is the significance of the ozone layer? Ozone shields the Earth from the Sun’s harmful ultraviolet (UV) rays. Life on Earth would be extremely difficult without the ozone layer in the atmosphere.

When was the 12th largest ozone hole?

The emergence of the 12th-largest ozone hole on record in 2020 was aided by a cold and steady Antarctic vortex. On Sept. 20, the hole reached its maximum size of 24.8 million square kilometres

Is ozone classified as a greenhouse gas?

Although ozone is basically a greenhouse gas, where it is present in the earth’s atmosphere determines whether it is beneficial or harmful.

Is ozone dangerous to people?

Ozone, whether in its pure form or in combination with other substances, can be damaging to one’s health. When inhaled, ozone can cause lung damage. Chest pain, coughing, shortness of breath, and throat irritation can all be caused by quite low levels of ozone.