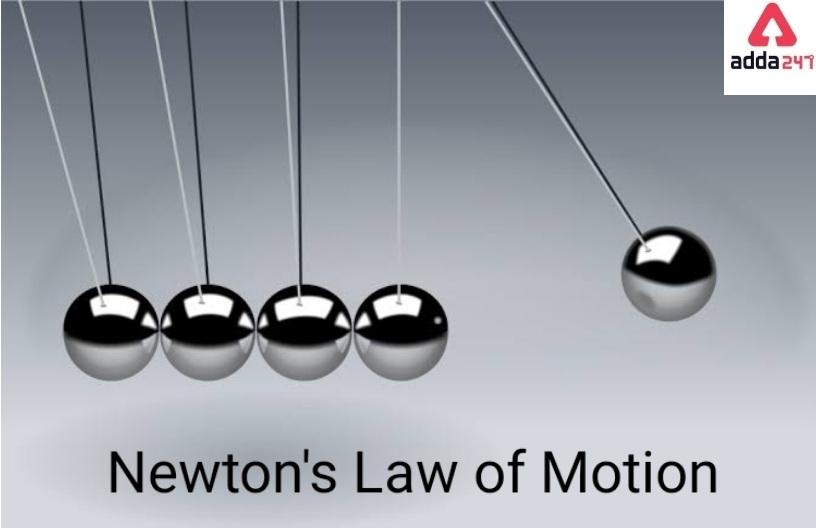 In the field of physics, Newton’s law of motion is a foundation of classic mechanics.  It gives us the idea of how an object behaves when it stands, moves or any force act on it and its response. There is a total of 3 laws of motion.  In 1687, these three laws were first compiled by  Sir Isaac Newton in his Philosophiae  Naturalis Principia Mathematica (Mathematical Principles of Natural Philosophy). Basically, these laws describe the relationship between force (which acts on an object or body) and the motion ( Response of the object or body to that acting force). In this article, we will understand Newton’s laws and their explanations with examples and solve problems based on Newton’s law of motion.

A stationary object will remain stationary forever and a moving object will forever move in a straight line with constant momentum unless prevented from changing state by an externally applied force.

• From Newton’s first law we derive two very important concepts – (i) the inertia of matter and (ii) the definition of force.

The Characteristic for which a stationary object or body wants a stationary state or a moving object to maintain its state of motion or prevent it from changing its state is called inertia. The mass of matter is the measure of inertia.

2. Interia of the motion-The tendency of a moving object to move along a straight line with constant velocity is called the Interia of motion.

According to Newton’s first law of motion, a stationary object will always remain at rest and an object in motion will always move in a straight line with constant momentum unless forced to change state by an externally applied force. That is, what is applied from outside to change or try to change the static or dynamic state of an object is called force.

Or, a physical cause that changes or attempts to change the state of motion or the state of the rest of an object, known as force.

•Newton’s second law explains (i) the concept of momentum, (ii) the measure of force, (iii) the unit of force and (iv) the neutral principle of force.

Newton’s second law of Motion: What is Momentum?

Let’s assume, an object having mass m, moving with a velocity of u. Force F is applied on the object for t time. Now, the formed acceleration in the object is a and the final velocity is v.

Newton’s second law states that the momentum change rate is proportional to the applied force on the object.  so,
F∝ ma
or, F = K×  ma, Here K is a constant. Its value depends on the unit of force. Now, if the force acting on an object of unit mass causes unit acceleration to be a unit force, i.e., when m = 1; If a = 1, then F = 1

Therefore, according to the above definition of unit force,
F = ma

Every action has an equal and opposite reaction.

1. When a gun is fired, the gun exerts force on the bullet. This force causes the bullet to accelerate forward. Bullets also exert an equal and opposite reaction force on the gun. As a result, the gun moves backwards. So the person who fires the gun feels shocked.

Q. If a force of 1N is applied to an object of mass 1.250g, what will be its acceleration?

Q. How much force must be exerted on a moving object of mass 50 g to cause a deceleration of 5 cm s-2?

Q.A certain force acting on an object of mass 0.5 kg produces an acceleration of 2 ms-2. Express the value of the applied force in newtons.
Mass of object, m=0. 5 kg;
Acceleration, a = 2-m/s²

. Force applied to an object,

Q. What do you mean by the inertia of matter?

The Characteristic for which a stationary object or body wants a stationary state or a moving object to maintain its state of motion or prevent it from changing its state is called inertia. The mass of matter is the measure of inertia.