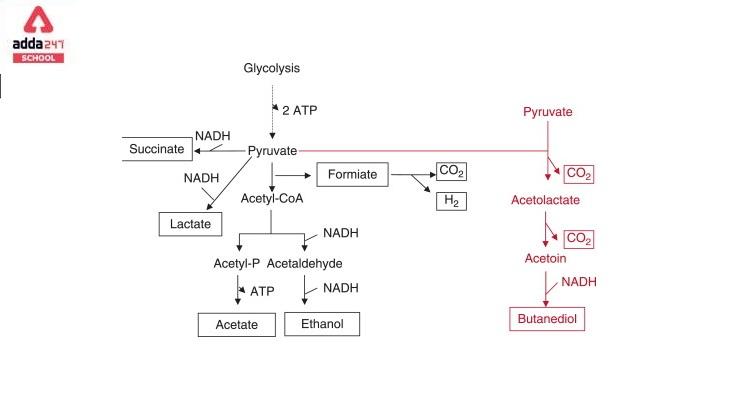 Fermentation is a metabolic process that results in chemical changes in organic substrates, and zymology is the study of fermentation. Enzymes are responsible for chemical changes. It is narrowly defined in biochemistry as the extraction of energy from carbohydrates in the absence of oxygen. It could also apply to any method in which the action of microbes causes the desired alteration in a food or beverage.
Fermentation is the most common way for bacteria to produce adenosine triphosphate. Fermentation has been utilised to make foods and beverages by humans since the Neolithic period, and the process is employed for both preservation and the production of alcoholic beverages. Animals, including humans, undergo fermentation in their gastrointestinal tracts.

Fermentation is a technique for extracting energy from molecules that is used by all bacteria and eukaryotes. As a result, it is thought to be the oldest metabolic route, ideal for prehistoric settings.
Yeast may be found in practically any habitat that can host microorganisms, and it transforms sugar-rich compounds into ethanol and CO2.
Basic fermentation mechanisms are found in all cells of higher species, and fermentation occurs in a Mammalian muscle during periods of heavy exercise. Lactic acid is produced during a high-intensity activity when oxygen supply becomes limited. Invertebrates produce succinate and alanine as a result of fermentation. Fermentative bacteria are necessary for the formation of methane, as well as hydrogen, carbon dioxide, formate, acetate, and carboxylic acids. The carbon dioxide and acetate are then converted to methane by microbe consortiums, acetogenic bacteria oxidise the acids, and methanogens convert acetate to methane.

Fermentation is a natural process that has been used to create items like wine, mead, cheese, and beer even before the biochemical process was fully understood. Louis Pasteur was the first scientist to explore fermentation in the 1850s and 1860s. He demonstrated that live cells induce fermentation. Louis Pasteur, on the other hand, was a failure. He was unable to extract the enzyme that causes fermentation from yeast cells. Eduard Buechner, a German scientist, powdered yeast and extracted fluid from it in 1897. He even discovered that the liquid was capable of fermenting a sugar solution. Buechner’s experiment is regarded as the origin of biochemistry research. He was awarded the Nobel Prize in Chemistry in 1907.

Fermentation is the breakdown of a chemical into a simpler substance, and microorganisms such as yeast and bacteria are commonly involved in the process. Microorganisms play a key role in the fermentation process, which results in the production of beer, wine, bread, kimchi, yoghurt, and other foods.
Fermentation is derived from the Latin verb fermentare, which means “to ferment.” Which literally means “to leaven.” To make bread rise, you mix a leavening agent with water to “wake up” dried yeast, which then begins “eating” the sugar in the dough. It then begins to off-gas alcohol. This is also a fermentation process. Even after grape juice is transformed into wine, the fermentation process is complete.

Fermentation-Formed Products Examples are mentioned below:

One glucose molecule is transformed into two ethanol molecules and two carbon dioxide molecules during ethanol fermentation, which is used to raise bread dough. The carbon dioxide creates bubbles, which stretch the dough into foam. The intoxicating agent in alcoholic beverages is ethanol. Furthermore, ethanol is produced via the fermentation of feedstocks such as sugarcane, corn, and sugar beets. Ethanol is mixed with gasoline.
A glucose molecule splits into two pyruvate molecules before fermentation, and the energy from this exothermic event is used to link inorganic phosphates to ADP. This ADP turns NAD+ to NADH by converting it to ATP. The pyruvates are broken down into two acetaldehyde molecules, which emit two carbon dioxide molecules as waste products, and the acetaldehyde is then converted into ethanol utilising the energy and hydrogen provided by NADH. In addition, NADH is oxidised to NAD+. The enzymes pyruvate decarboxylase and alcohol dehydrogenase perform the process.

In biology, what is a simple definition of fermentation?

Fermentation is the process of breaking down a substance into a simpler substance.

In biology, what are the two forms of fermentation?

Fermentation can be divided into two types: alcoholic and lactic acid fermentation.

What is the other name for fermentation?

Anaerobic Respiration is another name for it.

In the cell, where does fermentation take place?

Both prokaryotic and eukaryotic cells have fermentation reactions in their cytoplasm.

What is the definition of bacterial fermentation?

Bacterial fermentation is a metabolic process in which bacteria produce adenosine triphosphate from a chemical substrate (ATP).