Skip to content
Online Tution   »   Important Question   »   Which is the longest river in... 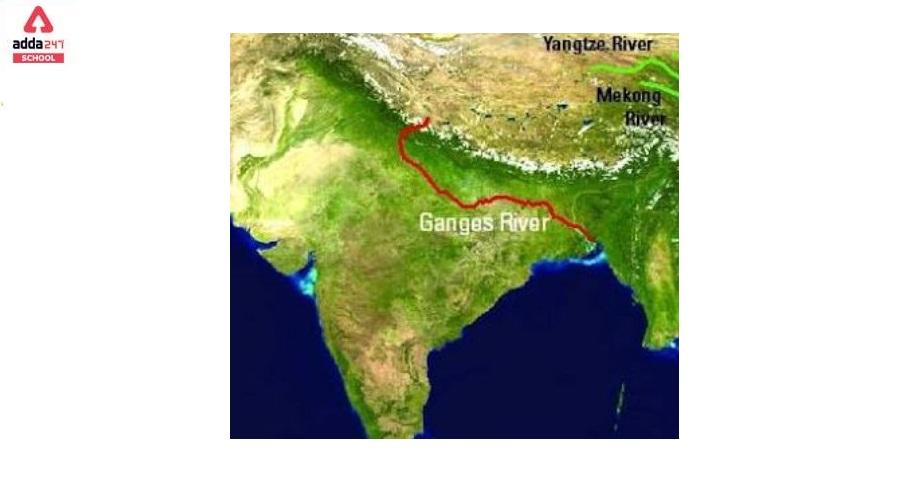 The longest River in India 2022

Longest River in India: India is considered a Riverine country. Indians Considered Some Rivers as goddesses. The main reason behind India’s agricultural growth is the presence of numerous rivers all over the country.
Rivers are one of the main factors behind human civilization’s history. If we turn the history pages of human civilization, we can see most all big and prosperous civilizations build on the banks of rivers.  Such as the Egypt civilization formed on the banks of the Nill river), and The Indus Valley civilization formed on the banks of the Indus river. Rivers play a significant role in one country’s development. The foundation of Indian agriculture is rivers. In the article, we go through the longest river in India, its location, and its length along with India’s top 10 longest rivers.

Which is the longest river in India?

As there are numerous rivers flowing across the whole country, India is called the land of rivers. Numerous Rivers are going through across the country.  As we know India is an agricultural hub, India’s rivers keep the nation fertile, advanced industrially, and appropriate for agriculture which helps in the growth of the economy of India.  These powerful bodies of water are vital to the nation’s economic growth. The rivers of India are split into Peninsular Rivers ( rivers that originate in the Peninsula ) and Himalayan Rivers, which are rivers that originate in the Himalayas. Peninsular Rivers are rain-fed while Himalayan Rivers are perennial. In India, the majority of the rivers flow eastward toward the Bay of Bengal. 10% of the rivers run into western India and the Arabian Sea.

The which-is-the-longest-river-in-india is The River Ganges, It travels over a 2525-kilometer stretch. The Ganges originates from the western Himalayas in the Indian state of Uttarakhand. It flows over several states in India before discharging in the bay of Bengal.

Here is a list complete list of the top 10 longest rivers of India along with their origins.

The Ganges is the longest and largest river in India. The Ganges is also known as Ganga in India and Padma in Bangladesh because it is a transboundary river in Asia that passes through Bangladesh and India. There are many Mythological beliefs present surrounding this river. In India, Hindu devotees are considered to worship this river as ‘Ma Ganga ‘ and the holiest river in India.
• The total of Ganga is 2525 Km. It originates from the Gangotri Glacier in the western Himalayas of Uttarakhand. It begins at the junction of the Bhagirathi and Alaknanda rivers in Devprayag, Uttarakhand.
• The Ganges is home to a variety of animals, including more than 140 species of fish, 90 species that can live on land and in water, reptiles, and amphibians.
• This body of water is located between the states of Uttarakhand, Uttar Pradesh, Bihar, and West Bengal. In Bangladesh, the Ganges’ final segment (known as the Padma) joined with the lower stream of the Brahmaputra, the Jamuna, and eventually the Meghna to form the main estuary of the Ganges Delta, which empties into the Bay of Bengal.
• For the millions of people who reside in its basin and rely on it for their daily necessities, the Ganges is a lifeline. Since many former provincial or imperial capitals, including Pataliputra, Kannauj, Kara, Munger, Kashi, Patna, Hajipur, Delhi, Bhagalpur, Murshidabad, Baharampur, Kampilya, and Kolkata, are situated on its banks or the banks of tributaries and connected waterways.
• The Yamuna, Son, Gomti, Ghaghara, Gandak, and Koshi are a few of the Ganga’s major tributaries.

The Godavari aka Dakshina Ganga or the Ganges of the South is the second longest river in India after the Ganges. Several pilgrimage destinations Hindu religions are located on the banks of Godavari.
• Total span of this river is 1,450 kilometers. It rises in Triambakeshwar, Nasik, Maharashtra, travels through Telangana, Andhra Pradesh, and Chhattisgarh, and then reaches the Bay of Bengal.
• The Purna, Pranhita, Indravati, and Sabari Rivers are among the left bank tributaries that make up the Godavari river’s primary tributaries.
• Nashik, Nanded, and Rajahmundry are a few of the top major cities along the Godavari River.

The Krishna River, the third-longest river in India after the Ganges and the Godavari, is located in the Deccan plateau.

• It originates in Mahabaleshwar near Jor village in the extreme north of Wai Taluka, Satara District, Maharashtra, and then empties into the Bay of Bengal after flowing through several Indian states of Maharashtra, Karnataka, Telangana, and Andhra Pradesh, and also serves as main irrigation source in these states.
• The main tributaries of the Krishna are Bhima, Panchganga, Dudhaganga, Ghataprabha, and Tungabhadra and its main cities by the banks are Sangli and Vijayawada.
• Few waterfalls are located in the river basin
1. Ethipothala on Chandravanka river which is the tributary of river Krishna river
2.Godchinamalaki on Markandeya river a tributary of Ghataprabha
3. Gokak on Ghataprabha
4. Mallela Theertham

The Yamuna, also known as Jamuna in Hindi, is the longest tributary in India and the second-largest river flowing into the Ganges by discharge. In Hinduism, the Yamuna is revered and worshipped as the goddess Yamuna, much like the Ganges.
• Yamuna river rises in the Yamunotri Glacier, which is on the southwest face of the Bandarpunch peaks of the Lower Himalaya in Uttarakhand.
• The river covers a distance of 1,376 kilometers. At Triveni Sangam, Allahabad, where the Kumbh Mela is held, it merges with the Ganges.
• It travels through numerous states, including Haryana and Uttar Pradesh, Uttarakhand, and later Delhi. Along the journey, it encounters several of its tributaries, including Tons, Chambal, which is its longest tributary and has its own sizable basin, Sindh, the Betwa, and Ken.

The Narmada River, commonly known as the Reva and formerly known as Narbada or Nerbudda, is India’s fifth-longest river.
• In the Madhya Pradesh district of Anuppur, the Amarkantak Plateau is where the Narmada River originates. It flows westward across a distance of 1,312 km, forming the historic border between North India and South India, before draining into the Arabian Sea through the Gulf of Khambhat.

• Due to its enormous contribution to the two states in numerous ways, it is also known as the “Life Line of Madhya Pradesh and Gujarat.”

The Indus Valley Civilization, one of the earliest and most prosperous civilizations, was located in the Indus River Valley. The Indus River spans 3180 kilometers in total length. However, only 1,114 kilometers of that trip were traveled within India.

• A transboundary river of South and Central Asia, the Indus. The river originates from Mansarovar Lake in Western Tibet, flows through Ladakh, Gilgit, and Baltistan Kashmir to the northwest, makes a sharp left turn after the Nanga Parbat ridge, and then flows through Pakistan to the south by southwest before discharging into the Arabian Sea close to Karachi.

The Brahmaputra is a transboundary river that flows through Tibet, India, and Bangladesh. It is also known as the Yarlung Tsangpo in Tibet, the Siang/Dihang River in Arunachal Pradesh, and Luit in Assamese which  covers around 3,848 kilometers distance
• Brahmaputra River originates in Burang County of Tibet, close to Mount Kailash, on the northern side of the Himalayas, It flows through southern Tibet to pierce the Himalayas in massive gorges, including the Yarlung Tsangpo Grand Canyon, before entering Arunachal Pradesh. It travels south through Bangladesh as the Jamuna and southwest via the Assam Valley. In Bangladesh, It combines with the Ganges (the Padma in Bangladesh) in the enormous Ganges Delta, where it then becomes the Meghna and empties into the Bay of Bengal.

Q. Which is the largest river in India?

The longest river in India is The River Ganges, It travels over a 2525-kilometer stretch. The Ganges originates from the western Himalayas in the Indian state of Uttarakhand. It flows over several states in India before discharging in the bay of Bengal.

Q.Which is the longest river in the world?

The longest river in the world is the Amazon River which expends a distance of 6,992 km from the Peruvian Andes through Brazil to the Atlantic Ocean

Q.What is the origin of the Indus River?

The Indus  river originates from Mansarovar Lake in Western Tibet, flows through Ladakh, Gilgit, and Baltistan Kashmir to the northwest, makes a sharp left turn after the Nanga Parbat ridge, and then flows through Pakistan to the south by southwest before discharging into the Arabian Sea close to Karachi

Q, What are the top 5 longest rivers in India?