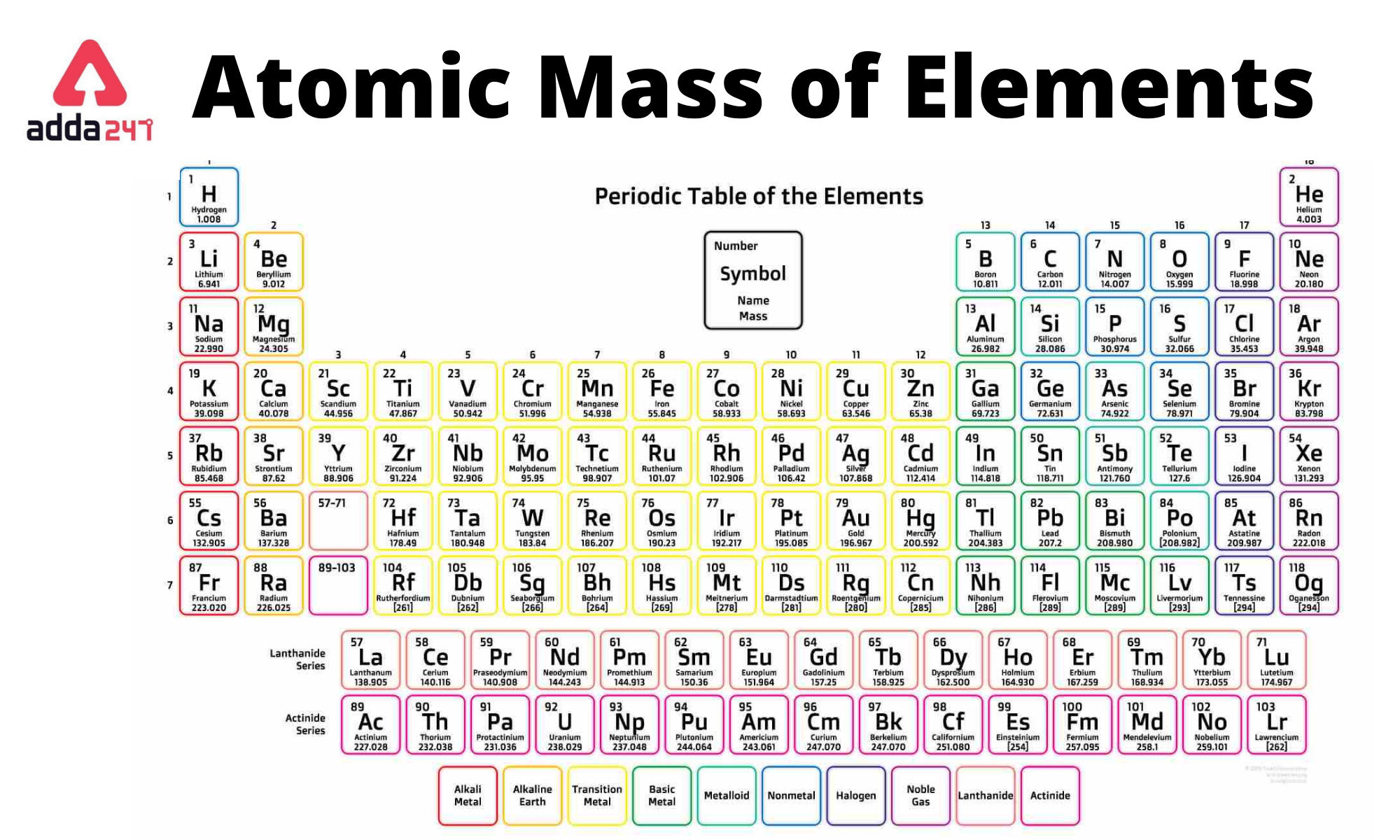 The absolute mass of a single atom is its atomic mass, which is measured in atomic mass units, or amu. Carbon-12, for example, is a typical carbon atom with six neutrons and six protons. It has a mass of 12 atomic units. In most cases, the atomic mass number is rounded to the next whole number. Because the isotopes of an element have different atomic masses, researchers can determine the element’s overall atomic mass (also known as the atomic weight). The normal of the atomic masses of the seeming plurality of distinct isotopes in an example is the general atomic mass. The amount of example an isotope makes up determines how much it contributes to the normal. Overall atomic masses are determined for naturally occurring isotopes of each element, weighted by the weight of those individual isotopes on Earth, as shown in periodic tables like the one for hydrogen.

The sum of the masses of protons, neutrons, and electrons in an atom or group of atoms is called atomic mass. Because electrons have a very low mass compared to protons or neutrons, their mass has no bearing on the calculation. The average mass of the naturally occurring isotopes of an element in comparison to the mass of an atom of 12C is known as relative atomic mass. This means that one atom has an atomic mass of exactly 12. The mass of an atom is not expressed in units. The atomic mass formula is shown below.

Atomic mass is the sum of protons, neutrons, and electrons. Hence,

Atomic Mass of all First 30 Elements with Symbols

Following is the Table of Atomic mass and symbols of first 30 elements of the periodic table:

Atomic Mass of all First 20 Elements with Symbols

Following is the Table of Atomic mass and symbols of first 20 elements of the periodic table:

Atomic Mass of all First 30 Elements

Ques. How do u calculate atomic mass?

Ques. What is atomic mass and number?

Ans. The meanings of the chemical phrases atomic mass and mass number are not the same. The average weight of an element is one thing, but the total number of nucleons in the nucleus of an atom is another. Atomic weight is another name for atomic mass.

Ques. Why is it called atomic mass?

Ans. The size of an atom is determined by its atomic mass. Although the mass of an atom is technically the total of the masses of all protons, neutrons, and electrons, the mass of an electron is so little in comparison to the other particles that the mass is merely that of the nucleus (protons and neutrons)

Ques. Is atomic mass and weight the same?