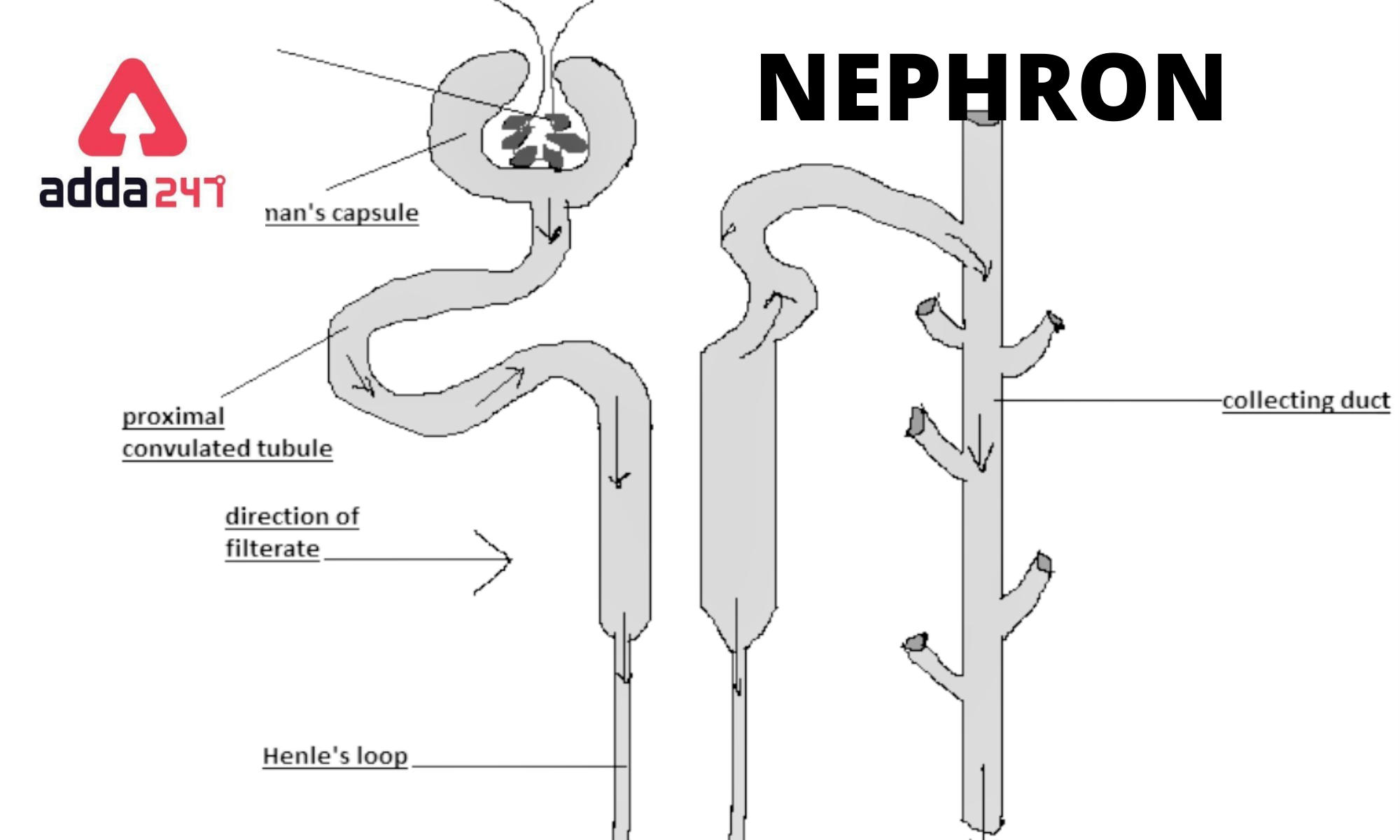 The structure that really makes urine in the process of eliminating waste and excess substances from the circulation is called a Nephron. Each human kidney contains approximately 1,000,000 Nephrons. The most rudimentary Nephrons can be found in primitive fish kidneys (pronephros), amphibian larvae, and embryos of more evolved vertebrates. The Nephrons seen in amphibians’ and most fish’s kidneys (mesonephros), as well as in the late embryonic development of more sophisticated vertebrates, are only marginally more advanced in structure. Adult kidneys, or metanephros, of land vertebrates such as reptiles, birds, and mammals have the most mature nephrons.

In the mammalian kidney, each nephron is a long tubule, or exceedingly fine tube, measuring 30–55 mm (1.2–2.2 inches) in length. This tube is closed, inflated, and folded into a cuplike shape with two walls. The structure of nephron comprises two major portions: Renal Tubule and Renal Corpuscle

The function of Nephron is dependent on its two major parts:

The renal tubule is a lengthy, convoluted structure that arises from the glomerulus and is separated into three functional segments. Because of its proximity to the glomerulus, the initial section is called the proximal convoluted tubule (PCT), and it remains in the renal cortex. Because it creates a loop (with descending and ascending limbs) that travels through the renal medulla, the second part is called the loop of Henle, or nephritic loop. The distal convoluted tubule (DCT) is the third portion of the renal tubule, and it is similarly limited to the renal cortex.

Bowman’s capsule is a cup-like structure that surrounds the glomerulus’ capillaries. This structure continues to generate PCT tubules, which are highly coiled tubules. PCT continues to form the Henle loop, which leads to DCT, which then leads to the collecting duct. Tubules’ primary role is reabsorption, which can be accomplished through active or passive transport. Tubule secretions also aid in the production of urine without disrupting the body’s electrolyte balance.

The diagrammatic representation of Nephron is: 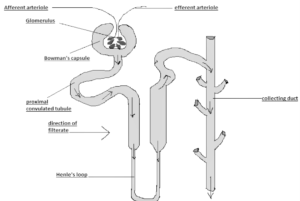 Ques. What are the 3 functions of the Nephron?

Ans. The primary function of the nephron population is to maintain plasma homeostasis and eliminate possible poisons through urine. Filtration, reabsorption, and secretion are the three main activities they perform.

Ques. What does the loop of Henle do?

Ans. The primary purpose of the Henle loop is to recover water and sodium chloride from urine. This function enables the creation of urine that is significantly more concentrated than blood, hence reducing the amount of water required for survival.

Ques. What is Bowman’s capsule?