Skip to content
Online Tution   »   Who was the first woman prime... 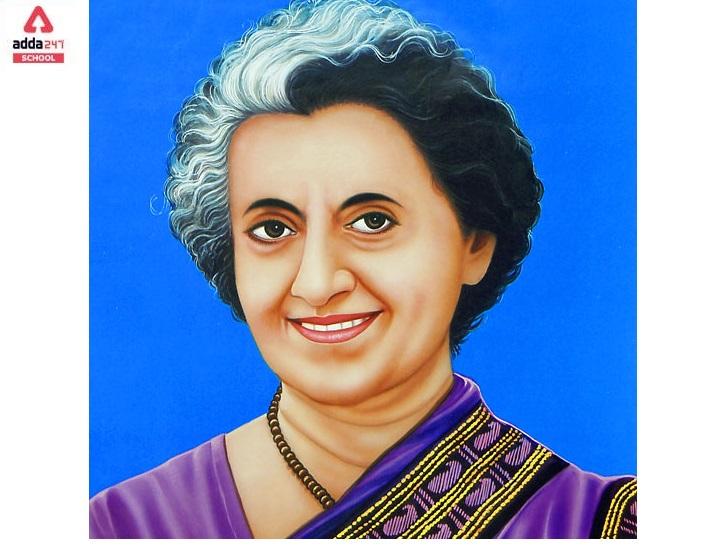 Read: Who is Father of Geography?

Jawaharlal Nehru, Indira Gandhi’s father, had been a key figure in the Indian independence struggle and served as the country’s first Prime Minister. She was an only child who grew up at the Anand Bhavan with her mother, Kamala Nehru. She had a sad and lonely upbringing. Her father was constantly absent, either leading political activities or incarcerated, while her mother was frequently ill and died of tuberculosis at a young age. Her father had only sporadic contact with her, usually through letters. Indira was largely tutored at home and only went to school on occasion. She and her mother Kamala relocated to the Ramakrishna Mission’s Belur Math headquarters, where she was guarded by Swami Ranganathananda, and then she went on to study at the Vishwa Bharati in Santiniketan. Indira had to leave university a year later to care for her ailing mother in Europe, and she had to finish her degree at the University of Oxford. She attended the Badminton School for a short time after her mother died before enrolling at Somerville College. She was an active member of the Oxford Majlis Asian Society and other university student organisations while at Oxford.
Indira’s health deteriorated throughout her time in Europe, and she returned to India without finishing her studies at Oxford. Later, the university bestowed an honorary degree to her.

Read: Longest River of the World

Indira Gandhi met her future husband Feroze Gandhi, whom she knew from Allahabad and who was studying at the London School of Economics, frequently during her stay in Britain. Despite the fact that Feroze came from a Gujarati Zoroastrian Parsi family, their marriage took place in Allahabad, according to Adi Dharm customs. Rajiv Gandhi and Sanjay Gandhi were the couple’s two sons.

Indira Gandhi served her father unofficially as a personal assistant during his stint as India’s first prime minister in the 1950s, after her marriage. Gandhi was the President of the Congress in the late 1950s. In that capacity, she was instrumental in the dismissal of the Kerala State Government, which was run by Communists, in 1959. That government was India’s first-ever democratically elected Communist government. After her father’s death in 1964, she was elected to the Rajya Sabha and served as Minister of Information and Broadcasting in Prime Minister Lal Bahadur Shastri’s cabinet. After Shastri’s death in January 1966, she was elected as the Congress legislative party’s leader over Morarji Desai. K. Kamaraj, a veteran of the Congress party, played a key role in Gandhi’s triumph. Other Indian political figures viewed Gandhi as weak since she was a woman, and wanted to use her as a puppet if she was elected. Mrs Gandhi was chosen as Prime Minister by Congress President Kamaraj because he believed she was weak enough for him and the other regional party chiefs to handle. They chose her also because they believed she was capable of defeating Morarji Desai in a party election; they believed this because of Indira Gandhi’s father’s great admiration.

Indira Gandhi’s political intransigence and unparalleled centralization of power earned her the title of Prime Minister. She went to battle with Pakistan to help the East Pakistan independence movement and war of independence. It also led to an Indian triumph and the establishment of Bangladesh, as well as a rise in India’s dominance to the point that it became the single regional force in South Asia. Gandhi declared a state of emergency from 1975 to 1977, citing separatist inclinations and in reaction to a call for revolution. Basic civil liberties were suspended at the time, and the press was suppressed. During the emergency, horrific atrocities were committed, and she returned to power in 1980 following free and fair elections. On October 31, 1984, her own bodyguards and Sikh nationalists killed Gandhi after she authorised military action on the Golden Temple as part of Operation Blue Star.

FAQs on the first woman Prime Minister of India

Indira Gandhi did not take Mahatma Gandhi’s surname because she was related to him; rather, Indira became Indira Gandhi after marrying Feroze Gandhi.

Where did Beant Singh and Satwant Singh go?

Soon after the assassination, Beant Singh was shot and killed while being interrogated in jail. Satwant Singh, along with co-conspirator Kehar Singh, was apprehended and condemned to death by hanging.

What is the place of Jawaharlal Nehru’s birth?

Jawaharlal Nehru was born in the city of Prayagraj.

The 132nd birthday of India’s first Prime Minister, Pandit Jawaharlal Nehru, will be celebrated this year.

Indira Gandhi did not take Mahatma Gandhi's surname because she was related to him; rather, Indira became Indira Gandhi after marrying Feroze Gandhi.

Where did Beant Singh and Satwant Singh go?

Soon after the assassination, Beant Singh was shot and killed while being interrogated in jail. Satwant Singh, along with co-conspirator Kehar Singh, was apprehended and condemned to death by hanging.

What is the place of Jawaharlal Nehru's birth?

Jawaharlal Nehru was born in the city of Prayagraj.

The 132nd birthday of India's first Prime Minister, Pandit Jawaharlal Nehru, will be celebrated this year.