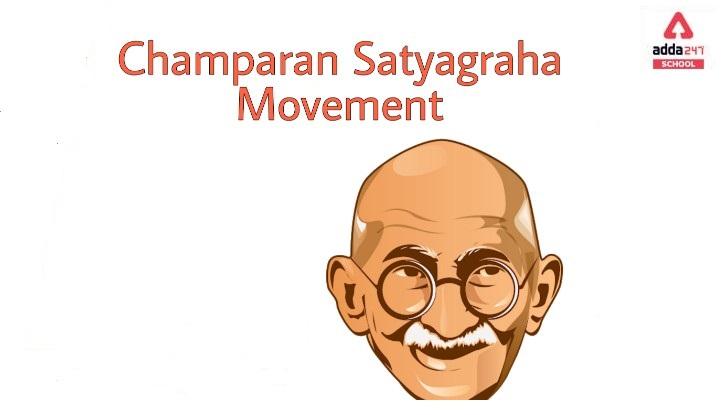 The Champaran Satyagraha was against

The Champaran (Satyagraha) movement was against Whom?- It happened after Mahatma Gandhi returned from South Africa, a Bihar peasant urged him to go to Champaran and examine the condition of indigo farmers. The arrival of Mahatma Gandhi in 1917 sparked the Champaran agitation against indigo planters.

The Champaran Satyagraha is regarded as a pivotal rebellion in India’s freedom struggle. During the British colonial period in India, a farmer’s uprising took place in the Champaran district of Bihar.

The Champaran Satyagraha of 1916 was Mahatma Gandhi’s first Satyagraha movement in India. This Satyagrah or movement is regarded as a historically significant uprising in the Indian freedom struggle. During the British colonial period in India, a farmer’s uprising took place in the Champaran district of Bihar. Farmers complained about having to plant indigo for very little money they were earning. When Gandhi returned to India from South Africa in 1915 and witnessed peasants oppressed by Indigo planters in Northern India, he tried to employ the same methods he had used in South Africa to organise mass uprisings to fight injustice.

The first popular Satyagraha movement was Champaran Satyagraha, which was also one of the firsts non-violent movements. The Champaran Satyagraha proved to be a direction to India’s liberation struggle(which mostly comprised of the youth population). The youth and the liberation struggle was torn between moderates who favoured Indian participation in the British government and Bengali radicals who urged violent measures to overthrow the British colonialists.

Many tenant farmers were required to cultivate indigo on a portion of their land as a condition of their tenancy under colonial-era rules. This indigo was used in the dyeing process. Indigo demand declined as a result of the Germans’ invention of a less expensive artificial dye. Some tenants agreed to pay a higher rent in exchange for not having to cultivate indigo. Besides, when German dye became unavailable during World War I, indigo became profitable once more. As a result, many renters were once again forced to grow it on a piece of their property, as their contract stipulated. This naturally resulted in a lot of rage and bitterness.

Read About: Partition of Bengal 1905

Class 10: Champaran Satyagraha was against

In 1750, commercial indigo cultivation began in Bihar, the United Provinces, and the Bengal Presidency. Local farmers traditionally opposed its cultivation because it was a cash crop that required a lot of water and left the soil barren, preferring instead to grow daily-need crops like rice and beans. As a result of their collusion with local rulers, nawabs, and landlords, British colonialists coerced farmers to cultivate indigo, frequently as a condition of giving loans. The trade was profitable, and several Asian and European traders and companies prospered as a result.

In the early 1900s, the trade of indigo to China was rendered illegal, and in 1910, it was banned in the United States. Indigo traders began pressuring indigo planters to enhance production at that time. Many renters claimed that their landlords had also utilised coercion. Ganesh Shankar Vidyarthi and Peer Muneesh lost their employment after publishing the state of Champaran in their publications. Gandhi was convinced to go to Champaran by Raj Kumar Shukla and Sant Raut, a moneylender who owned some land, and thus the Champaran Satyagraha started.

Gandhi landed in Champaran on April 10, 1917, and stayed with a group of famous lawyers at the house of Sant Raut in Amolwa village.

On November 13, 1917, Gandhi organised scores of his veteran supporters and new volunteers from the region to open the first-ever basic school in Barharwa Lakhansen village, 30 kilometres east of the district headquarters in Dhaka, East Champaran. Rajendra Prasad, Anugrah Narayan Sinha, and Babu Brajkishore Prasad, among his handpicked team of distinguished lawyers, organised complete research and assessment of the villages, accounting for the atrocities and awful incidents of pain, as well as the general state of degenerate living.

His main assault occurred after he was arrested by authorities and told to leave the province on charges of inciting riots. Gandhi meekly declined to be bound by the diktat when asked to pay a security of Rs. 100 by magistrate George Chander in Motihari district court. Hundreds of thousands of people protested and marched outside the court, urging the court to release him, which it did reluctantly. The case was eventually dropped.

Gandhi led rallies and a hunger strike against the landlords, who had signed an agreement with the British government offering additional compensation and authority over the region’s poor farmers, as well as the suspension of revenue hikes and collection until the famine was resolved.

The then Member of Executive Council, Government of Bihar and Orissa, introduced the ‘Champaran Agrarian Bill,’ which “consist[ed] of practically all proposals Gandhi Mission had made and became the Champaran Agrarian Law.” While the British government destroyed the Indian Rebellion of 1857, Satyagraha’s peaceful communication led the colonial authorities to believe it would fail.

Read About: Second Battle of Panipat

FAQs Based on Champaran Satyagraha

What was the motivation for the Champaran uprising?

What was the Champaran movement, in a nutshell?

What was the anti-indigo planter movement?

The indigo insurrection, also known as the Nil bidroha, began in Chaugacha hamlet in Nadia, Bengal, in 1859 as a peasant uprising against indigo planters.

Who was against the Champaran movement?

Mahatma Gandhi’s Champaran satyagraha was challenged by “N G Ranga.” In 1917, under Gandhiji’s direction, a Satyagraha took place in the Champaran area of “Bihar.”

What was the source of the Champaran issue?

Relations between the government, British planters, and peasants in Champaran had been strained for decades, owing to the repressive system of forced indigo production and unequal rents.