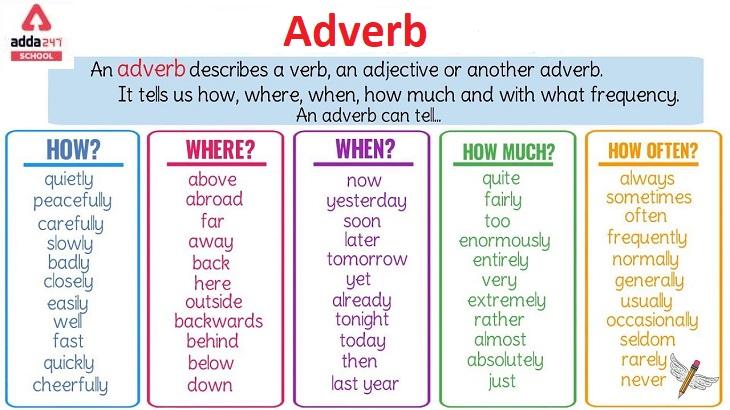 Adverbs are words or expressions that modify a verb, adjective, another adverb, determiner, clause, preposition, or phrase to communicate things like manner, place, time, frequency, degree, level of certainty, and so on. How? in what way? when? where? and to what extent? are all questions that adverbs answer. The adverbial function is the name given to this specific function of adverbs. Single adverbs, multi-word adverbial phrases, and adverbial clauses can all execute adverbial functions.
Modern linguists point out that the term “adverb” has come to be employed as a kind of “catch-all” category, used to identify words with diverse types of syntactic activity and thus, they don’t necessarily have much in common other than the fact that they don’t fit into any of the other categories.

Adverbs come in a number of different forms. The majority of the time, adverbs are distinguished by the type of information they convey.
The six most common types of adverbs are as follows:

Adverbs of frequency are a group of adverbs that are used to characterise the frequency of an event. With the help of, constantly, frequently, occasionally, sometimes, generally, never, always, seldom, daily, weekly, monthly, yearly, etc., these Adverbs of frequency express how often something happens.

Adverbs of manner describe how something happens, and this category includes a large variety of adverbs. Many adverbs ending in -ly, such as violently, warily, hungrily, pleasantly, slowly, neatly, exactly, unknowingly, loudly, and so on, belong to this category.

Adverbs of degree, such as really, very, astonishingly, too, quite, barely, deeply, pretty, substantially, hardly, highly, intensely, somewhat, utterly, little, less, least, much, more, most, etc., are commonly employed as intensifiers to characterise adjectives and other adverbs.

With phrases like here, there, everywhere, nowhere, someplace, anyplace, in, out, inside, outside, wherever, on, off, over, under, away, left, right, north, etc., adverbs of location inform us where something happens.

FAQs on Adverb Definition and Examples

What exactly are adverbs?

An adverb is a term that alters the meaning of a verb, adjective, or another adverb by describing how, when, where, how often, or why something happens.

What is the distinction between a verb and an adverb?

The major distinction between verbs and adverbs is that verbs are action words that state the action performed by a noun, whereas adverbs are descriptive words that provide more detail about how that action is conducted.

What is the distinction between an adjective and an adverb?

What is the definition of an adjective?

Adjectives are words that define the properties or states of being of a noun or pronoun, as well as its type, number, or nature.

What is the adverb for the word “easy”? 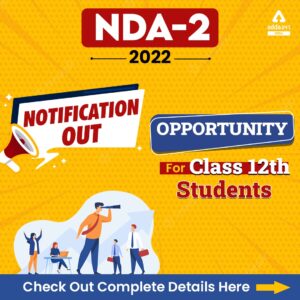