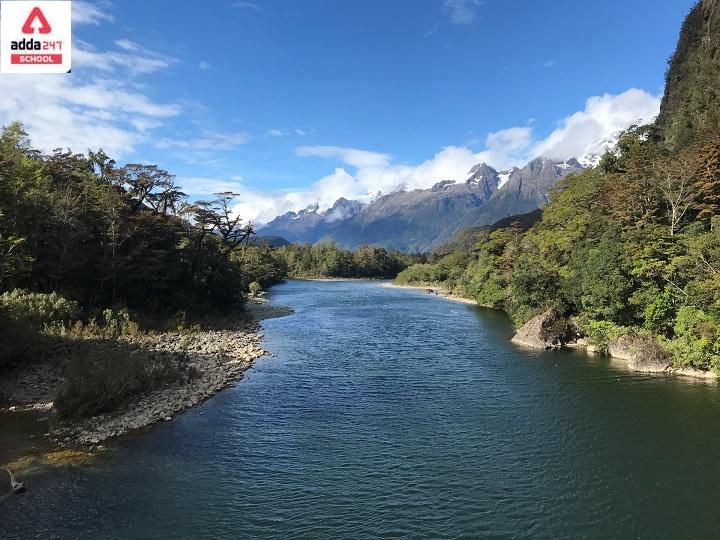 which is the longest river in peninsular India?

India is a country of great heritage, culture, traditions, and nature. Today we are going to talk about one of them that is the longest river of peninsular India.  India is also called the land of rivers. This country is flourished because of vast river networks. Rivers play a major role in sources of living and irrigation. Today, we are going to learn about the top five rivers of India.

The Ganges is the longest river in India. It is also the longest river in India. It is considered as a sacred river for the Hindus. The Ganges cover a total of 2525 km journey. The Ganges emerges from the Gangotri glacier in Uttarakhand. It starts from Bhagirathi and Alaknanda river merges in Devprayag. Around 140 various species of fishes. The Ganges flows from the states like Uttarakhand, Uttar Pradesh, West Bengal, and Bihar, and then it merges with the Bay of Bengal.

The Godavari emerges from Trimbakeshwar in Nashik and covers the states like Telangana and Andhra Pradesh via Chhattisgarh. Its main tributaries of are Purna, Pranhita, Sabari and Indravati river.

The Krishna is the third largest river in India. It is one of the peninsular rivers in central-southern India. It covers a total journey of 1400 km. This river is originated from Mahabaleshwar and merges with the Bay of Bengal. This river covers Maharashtra, Karnataka, and Andhra Pradesh. The main tributary of this river is the river Tungabhadra.

The Yamuna is the fourth largest river in India and is known as Jamuna. This river is also originated from the Himalayas. It starts from the Yamunotri glacier. The Yamuna acts as the largest tributary of the Ganges. The Yamuna covers a total journey of 1376 km. The Yamuna covers states like Uttarakhand, Haryana, Delhi, UP. Its journey ends in Allahabad where it is along with the Ganges and Saraswati are known as Triveni Sangam.

The Narmada is the fifth largest river of India and is also known as Rewa. Narmada river covers a total of 1312 km journey and is called as “Life Line of Madhya Pradesh and Gujrat“. This river flow towards the west which is very unlikely to other rivers in India. This river has a total of 41 tributaries and Tawa is its biggest tributary. Narmada river ends its journey in the Arabian sea.

FAQs on the Longest and Largest River of Peninsular India

Question: Which the longest river in India?

Question: Which rivers are known as the Triveni Sangam?

Answer: The Ganges, the Yamuna, and the Saraswati.

Question: Which is the biggest tributary of river Narmada?

Answer: Tawa is the biggest tributary of river Narmada.

Question: Which river is known as the LifeLine of MP and Gujrat?

Question: What the journey length of the river Ganga?