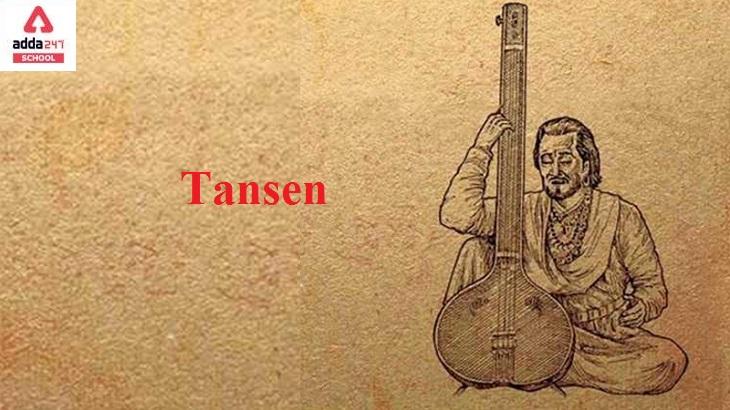 Tansen was a well-known Hindustani classical music celebrity, also known as Tan Sen or Ramtanu Pandey. He learned and developed his craft in the northwest region of contemporary Madhya Pradesh, where he was born into a Hindu household.
Read About Maharaja Ranjeet Singh

Tansen’s birth date and other details are unknown, however, most sources place his birth between 1493 and 1506 CE. His biography is equally hazy, with various contradictory tales that have some basic components.

Tansen’s childhood name was Ramtanu, according to the similar features in the many accounts. Mukund Pandey, his father, was a wealthy poet and excellent musician who served as a Hindu temple priest in Varanasi for a period.

Tansen spent earlier years of his adult life at the court and under the patronage of Raja Ramchandra Singh, the Hindu ruler of Rewa, where his musical abilities and studies received universal acclaim. Mughal Emperor Akbar took notice of Tansen’s popularity and sent emissaries to Raja Ramchandra Singh, demanding that he join the Mughal court’s musicians. Tansen was adamant about not going, but Raja Ramchandra Singh persuaded him to go and sent him to Akbar with gifts. Tansen, a Vaishnava musician, joined Akbar’s court in 1562 when he was almost 60 years old, and his performances became the topic of several court historians.

He is one of the most significant figures in the Hindustani music heritage of North India. Many people were influenced by his 16th-century musical studies and works, and he is regarded as the lineage founder of many North Indian gharanas (regional music schools).

Tansen is known for his epic Dhrupad compositions, as well as for inventing a number of new ragas and producing two famous music books, Sri Ganesh Stotra and Sangita Sara.

Tansen had four sons and one daughter from his marriage to Hussaini. Surat Sen, Sarat Sen, Tarang Khan, Bilwas Khan, and Saraswati are the names of his children. All five became accomplished musicians. His daughter married Misra Singh of Singhalgarh, a well-known veena performer. Tansen was also said to have married Akbar’s daughter Mehrunissa, according to folklore.

Tansen was a famous for their Compositions

Dhrupad was used in several of Tansen’s musical creations. The Hindu Puranas, composed in Braj Bhasha and written in celebration of gods and goddesses such as Ganesha, Saraswati, Surya, Shiva, and Vishnu, inspired the majority of these. He also wrote and performed eulogies for kings including the emperor Akbar.

How Tansen died and in which year?

Tansen’s death year is unknown. Tansen died in Delhi in 1586, according to one version recounted by Islamic historians, and Akbar and much of his court joined the funeral procession, which was finished according to Muslim norms. Other Hindu historians’ accounts, as well as Abul Fazl’s Akbarnama, place his death on April 26, 1589, and state that his funeral followed primarily Hindu rites. Tansen’s ashes were interred at Gwalior’s mausoleum complex of his Sufi guru Shaikh Muhammad Ghaus. Every year in December, Gwalior hosts the Tansen Samaroh, an annual event honouring Tansen.
Read About Irrigation System

Tansen: A musician or a magician?

Tansen’s biography, as recorded in Akbar court historian reports and Gharana literature, is largely made up of contradictory and amazing legends. Tansen is credited with sending down the rains with Raga Megh Malhar and lighting lamps with Raga Deepak, according to folklore. Other traditions claim that he could entice wild creatures to pay attention to him (or to talk their language). A wild white elephant was once trapped, but it was aggressive and untamable. Tansen finally sang to the elephant, who calmed down and allowed the emperor to ride him.

Tansen was a well-known Hindustani classical music celebrity, also known as Tan Sen or Ramtanu Pandey. He is one of the most significant figures in the Hindustani music heritage of North India.

What brought Akbar and Tansen together?

Tansen arrived to Akbar’s court in 1556 and quickly became one of the Emperor’s favourites. Tansen may be summoned to sing at any time of day or night by Akbar.

Tansen, who was born into a Hindu household as Ramtanu, was given the epithet Mian Tansen by Emperor Akbar.

When Tansen was requested to sing Raga Deepak, why was he scared?

The Raga, when properly sung, heated the air and even burned the performer to ashes.

Is it true that Tansen invented ragas?