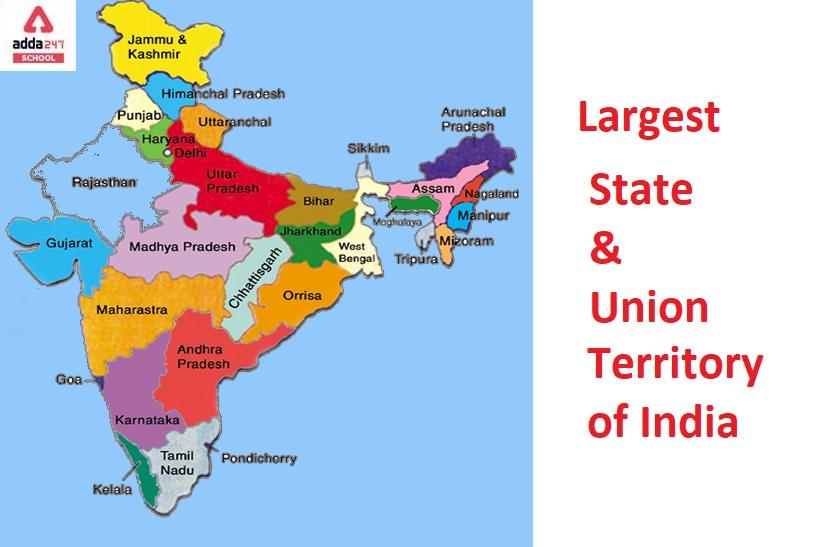 Leh is the main town in Ladakh, and the Indus, Shyok, and Nubra river valleys are all located in this region. River valleys and mountain slopes both support communities that live in their immediate vicinity. The region’s primary religious groups are Muslims, primarily from the Shia sect, and Buddhists, who account for over 40% of the population. Hindus account for around 12% of the population. Ladakh is one of India’s most sparsely populated areas, with a culture and history that is strongly linked to Tibet.
Ladakh became a union territory of India on October 31, 2019, after previously being a part of the state of Jammu & Kashmir. Following the adoption of the Jammu and Kashmir Reorganisation Act, it was designated as a UT. Ladakh is India’s largest and second-most populous union territory.

Largest Union Territory in India in terms of Area

Lakshadweep, India’s smallest Union Territory, is an archipelago. It is made up of 36 islands that have a total area of 32 square kilometres. Twelve atolls, three reefs, five submerged banks, and ten populated islands make up the archipelago. Kavaratti is the island’s capital as well as the UT’s principal town. The mysticism of Lakshadweep, with its tropical temperature, is enhanced by its natural landscapes, sandy beaches, the wealth of flora and animals, and lack of a rushed lifestyle. The climate is often humid, warm, and pleasant, and the months of October to March are ideal for visiting the islands.

Largest State and Union Territory in India: by Population

Largest State in India by Population

Delhi is bordered by the Indian states of Uttar Pradesh and Haryana. The NCT is India’s most populous UT; according to the 2011 census, the city proper of Delhi had a population of over 11 million people

The Largest union territory of India by population: Delhi

Delhi is a city and a union territory of India, formally known as the National Capital Territory (NCT) of Delhi. New Delhi, India’s capital, is also included in the city of Delhi. Delhi is bordered by the Indian states of Uttar Pradesh and Haryana. The NCT is India’s most populous UT; according to the 2011 census, the city proper of Delhi had a population of over 11 million people, while the NCT had a population of around 16.8 million. The urban agglomeration of Delhi has a population of about 28 million people, making it India’s and the world’s second-largest metropolitan area.
Delhi was the capital of two great empires, the Delhi Sultanate and the Mughal Empire, from the early 13th century until the mid-19th century. The fact that the city is home to three UNESCO World Heritage Sites, the Qutub Minar, Humayun’s Tomb, and the Red Fort, adds to its significance. The names of Nizamuddin Auliya and Amir Khusrau are widely connected with Delhi, which was the early centre of Sufism and Qawwali music. The Delhi Khariboli dialect was part of a linguistic development that also gave rise to Urdu literature and, eventually, Modern Standard Hindi.
Delhi was a significant centre of the Indian Rebellion of 1857, and New Delhi became the British Indian Empire’s capital in 1911. New Delhi remained India’s capital after independence.
In terms of human development, Delhi is India’s second-wealthiest metropolis, ranking fifth among Indian states and union territories. Delhi has India’s second-highest GDP per capita. The federal government of India and the Delhi municipal government jointly manage New Delhi. It is both the nation’s capital and the National Capital Territory of Delhi.

Is India’s smallest union territory in terms of area?

Lakshadweep, India’s smallest Union Territory, is a 32-square-kilometre archipelago made up of 36 islands.

Which state has the most land area?

Rajasthan, India’s largest state by land area, is located in the northwestern corner of the country.

What are India’s nine union territories?

Andaman and Nicobar Islands, Chandigarh, Dadra and Nagar Haveli, Daman and Diu, Lakshadweep, National Capital Territory of Delhi, Puducherry, Ladakh and Jammu, and Kashmir are among the nine union territories.

Is Delhi a state or a union territory?

Delhi is a city and a union territory of India, formally known as the National Capital Territory of Delhi (NCT).