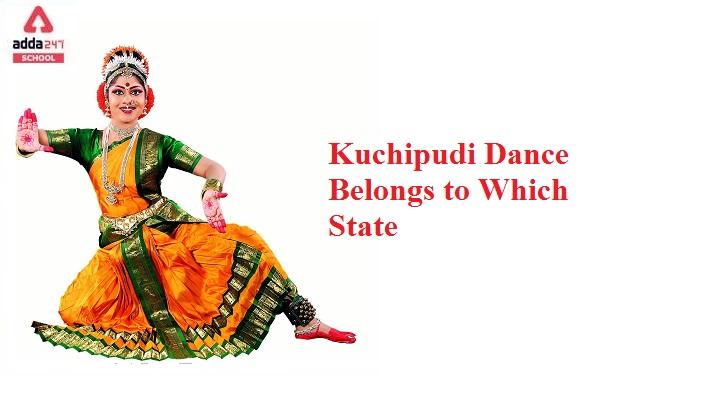 Kuchipudi dance of which state

It originated in the village of Kuchipudi, which is located in the Indian state of Andhra Pradesh. The state is known as the south eastern coastal state. Kuchipudi dance is considered to be one of the 8 major dance forms in classical category. It is a dance form which is a mixture of dance and drama.

The artists try to convey a story through the drama they present, while they dance. The drama reflects the ancient culture of Andhra Pradesh. It is termed as Natya Shastra as the word in Sanskrit means performing dance.
Read About: Largest Coal Field in India

Kuchipudi is a dance-drama genre that has its origins in the Hindu Sanskrit scripture Natya Shastra. Like all of India’s great classical dances, it began as a religious art form tied to itinerant bards, temples, and spiritual beliefs. Copper inscriptions from the 10th century and books such as the Machupalli Kaifat from the 15th century provide evidence of Kuchipudi’s existence in an earlier version.

According to Kuchipudi history, in the 17th century, Tirtha Narayana Yati, an Advaita Vedanta sannyasin, and his disciple, an orphan named Siddhendra Yogi, developed and systematised the present style of Kuchipudi. Kuchipudi predominantly emerged as a Krishna-oriented Vaishnavism tradition, and it is known in Thanjavur as the Bhagavata Mela.

All of the males in the company did the traditional Kuchipudi dance. In Agnivastra, also known as Bagalbandi, a male dancer would wear a dhoti. In a female role, a dancer might wear a Sari with light makeup.

An invocation is frequently performed at the start of a Kuchipudi performance. After that, each costumed actor is introduced, their position is explained, and they perform a quick warm-up dance set to music (dharavu). The show then moves on to pure dance (nritta). The expressive element of the performance (nritya) follows, with rhythmic hand movements helping to tell the storey. The performance is accompanied by vocal and instrumental Carnatic music in Telugu. The mridangam, cymbals, veena, flute, and tambura are all common musical instruments in Kuchipudi.

Kuchipudi’s popularity has expanded in India, and it is now performed all over the world.
Read About: Biggest Platform of India

Kuchipudi dance in which state

Kuchipudi is called after a place, Kuchipudi in Andhra Pradesh’s Krishna district, which is a shortened form of the full name Kuchelapuram or Kuchilapuri. According to Ragini Devi, the village’s name is derived from Sanskrit Kusilava-Puram, which means “actors’ village.” Kusilava is a Sanskrit phrase that means “travelling bard, dancer, newsmonger” and can be found in early Sanskrit manuscripts.

Kuchipudi, like other Indian classical dance styles, has its roots in the Sanskrit Natya Shastra, a treatise on the performing arts. The most widely studied form of the Natya Shastra text contains approximately 6000 verses divided into 36 chapters.

According to Natalia Lidova, the text discusses the philosophy of Tava dance (Shiva), rasa, bhva, expression, gestures, acting techniques, basic steps, and standing positions, all of which are part of Indian traditional dances. According to this ancient text, dance and performing arts are a method of representation of spiritual ideals, virtues, and the essence of texts.

Andhra Pradesh’s dance-drama culture dates back to ancient times, and the state is mentioned in the Natya Shastra. The Andhra region is credited with a graceful movement, which Bharata Muni refers to as Kaishiki vritti. One raga is referred to as Andhri in a pre-2nd century CE book.

FAQs on Kuchipudi dance of which state

Kuchipudi dance is performed in which state?

Kuchipudi is a traditional dance form from the Indian state of Andhra Pradesh.

What is the Kuchipudi dance’s theme?

Stories, narratives, and scenes from mythology and epics are among the Kuchipudi dance’s principal topics.

What distinguishes Kuchipudi from Bharatanatyam?

Who is known as the father of Kuchipudi?

Kuchipudi is possibly how many years old dance form?

Kuchipudi dance can be traced back to the 1st century B.C.

Kuchipudi dance is performed in which state?

Kuchipudi is a traditional dance form from the Indian state of Andhra Pradesh.

What is the Kuchipudi dance's theme?

Stories, narratives, and scenes from mythology and epics are among the Kuchipudi dance's principal topics.

What distinguishes Kuchipudi from Bharatanatyam?

Who is known as the father of Kuchipudi?

Kuchipudi is possibly how many years old dance form?

Kuchipudi dance can be traced back to the 1st century B.C.