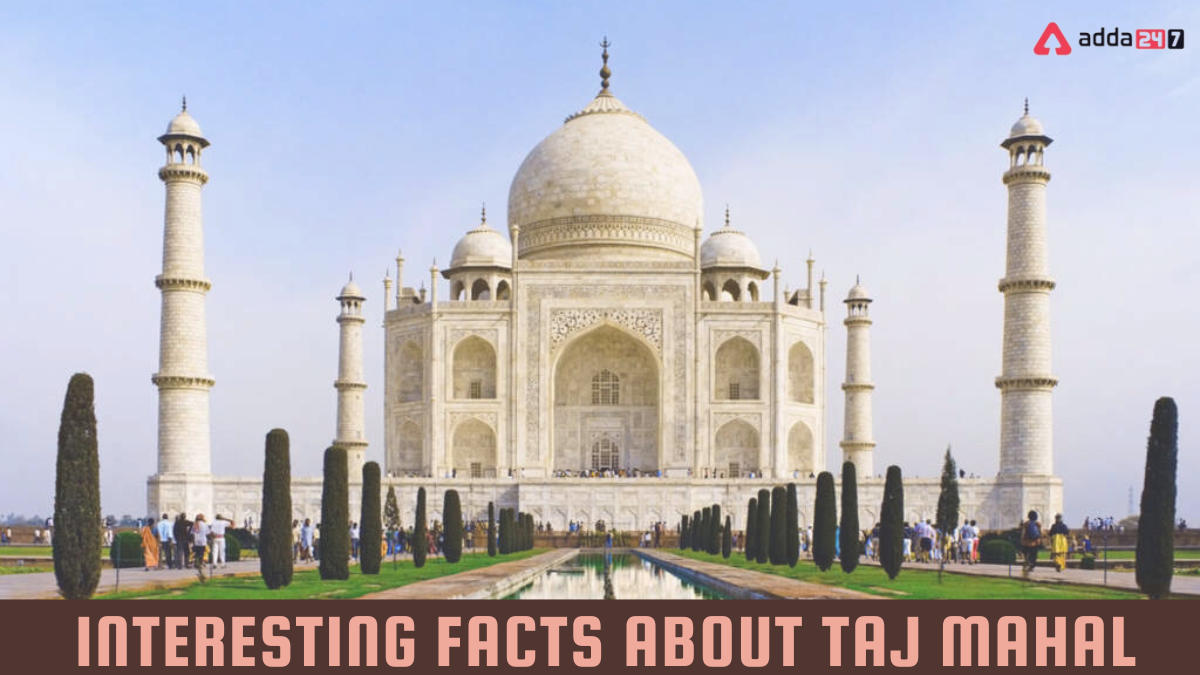 Who Built the Taj Mahal?

The Taj Mahal is a breathtaking representation of love and architectural brilliance built in 1632 by Mughal emperor Shah Jahan to keep the bones of his late wife, Mumtaz Mahal.

The Taj Mahal mausoleum is composed of white marble whose color appears to change depending on the time of day and was influenced by Indian, Persian, and Islamic architectural principles. The complete tomb complex is almost 17 hectares in size (42 acres or about 20 big football pitches).

Who Made Taj Mahal?

The Taj Mahal was built over the course of 20 years by 20,000 people, and in addition to Mumtaz Mahal’s body, it also shelters Shah Jahan. In this post, we take a closer look at some of the most intriguing Taj Mahal facts.

Where is the Taj Mahal is Located?

where is the taj mahal is located? The answer to this question is: Taj Mahal is located in Agra, Uttar pradesh, India. on the bank of Yamuna river.

The texts from the Quran are calligraphed in Arabic and are exquisitely inscribed in a number of locations. The large plaque that reads, “O soul, you are at rest,” may be the most noticeable. When you come back to the Lord in peace, he will also be at peace with you. Another very modest signature that can be translated as “Written by the insignificant being, Amanat Khan Shirazi,” was also left by the calligrapher.

2. It Was Constructed In Memory Of Shah Jahan’s Beloved Wife

Throughout his adult life, Shah Jahan married a number of spouses, like many of his forebears. Despite the fact that Shah Jahan had a big heart, none of these women had the same level of favor as Arjumand Banu Begum, also known as Mumtaz Mahal, his third wife (and first love).

They were married for 19 years, during which time 14 children were born. Mahal passed away prematurely at the age of 39 as a result of complications with the delivery of the last child. Shah Jahan chose to build a magnificent tomb to honor Mahal since he was so devastated by the loss of his lifelong friend.

3. Among The World’s Seven Wonders

The Taj Mahal was chosen as one of the new Seven Wonders of the World in 2007 by voters from all over the globe. It was a project that was started because, with the exception of the Cheops Pyramid, all of the world’s seven natural wonders had been destroyed.

4. The Amount Of Personnel Needed For Construction Was Enormous

20,000 artisans worked under the direction of architect Lahauri to build the Taj Mahal. Animals were present at work in addition to men. The two-decade construction project required the transportation of heavy building materials by about a thousand elephants.

5. There Is Only One Area That Is Not Symmetrical—The Graveyard.

With its exquisite symmetry throughout its long and vast diameters, the Taj Mahal is an obsessive’s fantasy. Again, the graveyard is the only place where an otherwise consistent visual scheme deviates.

6. The Calligrapher Who Worked On The Taj Mahal Marked His Pieces With A Sarcastic Title

The Taj Mahal’s walls are covered in countless exquisitely printed verses of Muslim scripture that were all translated from the Quran under the direction of head calligrapher Abd-al Haqq, also known as Amanat Khan Shirazi.

Additionally, Abd-al Haqq was given credit for his calligraphy, which was a very uncommon occurrence at the time. Abd-al Haqq, who was known for his humility, inscribed his name alongside the modest inscription, “Written by the insignificant being, Amanat Khan Shirazi,” at the foot of the interior dome.

Due to its reputation as an iconic building in India, the Taj Mahal has historically been a focus of foreign enmity.  The Indian government and people went to tremendous pains to defend their prized landmark from attack throughout World War II and the combined wars fought between India and Pakistan throughout the 20th century. In order to achieve this, architects constructed a lot of scaffolding that shielded the building from aerial bombs. When the trick was working, pilots would see what appeared to be a pile of bamboo rather than one of the seven wonders of the world.

8. Cost Of The Mausoleum As A Whole

According to the project’s completion in 1653, the anticipated cost was 32 million, which is equivalent to an estimated US$1 billion in 2020. The most crucial thing to keep in mind is that it gave many construction workers, like the architects and masons, as well as the laborers, more influence. A council of architects served as the leaders of the 20,000 craftspeople. The team’s leader, Ustad Ahmad Lahauri, was renowned as the court architect of the monarch.

The Taj Mahal is, without a doubt, the structure in the entire world with the most stunning architecture and fine craftsmanship. Although it appears grand and lovely in photographs, in person, it is far more impressive.

You’ll start to wonder how people could create such a wonderful location and why they don’t continue to do so. There are no words that can adequately convey the Taj Mahal’s full splendor, which makes it one of the most stunning structures in the entire world.

Ideally, the mausoleum’s main construction was finished in 1643. Nevertheless, work on other sections of the project continued. Another ten years were needed to complete the task.

Ques 1. Has the Taj Mahal lost its status as a wonder of the world?

Ans. It is now recognized as one of the world’s new seven wonders.

Ques 2. What religion is the Taj Mahal?

Ans. The Taj Mahal, a mosque-mausoleum in the Indian city of Agra, holds a significant position in the list of The New Seven Wonders of the World.

Ques 3. What about the Taj Mahal is most fascinating?

Ans. The tomb is covered in calligraphic inscriptions that list 99 different names of Allah.

Ques 4. Why should you go to the Taj Mahal?

Ans. It perfectly embodies the opulent royalty and rich way of life of the Mughals.