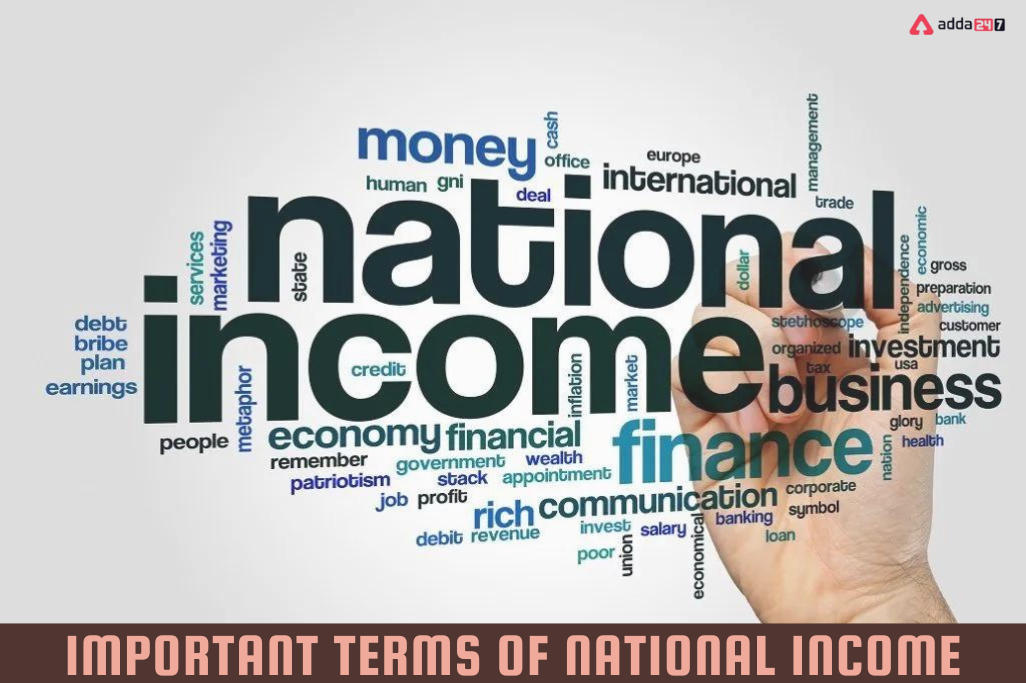 What is National Income?

The value of the commodities and services a nation produces in a fiscal year is referred to as national income. As a result, it represents the sum of all economic activity carried out in a nation over the course of a year and is measured in monetary terms. The terms “national income” and “national dividend,” as well as “national output” and “national spending,” are ambiguous. Understanding the definition of national income can help us comprehend this idea.

According to Marshall: “The labor and capital of a country acting on its natural resources produce annually a certain net aggregate of commodities, material and immaterial including services of all kinds. This is the true net annual income or revenue of the country or national dividend.”

National Income Formula is given below:

A country’s Gross Domestic Product (GDP) is the sum of all the products produced and services provided inside its borders during a given year.

For the purpose of calculating GNP, we must gather and evaluate data from all productive activities, including agricultural products, wood, minerals, and commodities, as well as the production contributions made by transport, communications, insurance firms, and professions such as (as lawyers, doctors, teachers, etc.) in the open market.

Net income earned overseas and brought into a nation is also included. There are four main components of GNP:

The term “Net National Product” describes the total amount of the economy’s net output for a given year. NNP is calculated by subtracting from GNP the cost of capital asset depreciation or replacement allowance. It is written as,

(Capital Consumption Allowance is another name for depreciation)

The market value of output is referred to as NNP. The total amount of income payments provided to production factors is known as NNP at factor cost. Thus, to arrive at the net national income at factor cost, we subtract the amount of indirect taxes and add subsidies from the money value of NNP at market price.

Since not all of the available money is spent on consumption,

Per Capita Income is the term used to describe the average annual income of a country’s population. By dividing national income by population, one can calculate per capita income.

Real income is the purchasing power of nominal income, which is defined as national income expressed in terms of the average price level for a given year. The final worth of products and services generated, represented in terms of money at current prices, is known as national income. However, it does not reflect the true health of the economy. Following is how the real revenue is derived:

The GDP deflator measures changes in the prices of the products and services that make up the GDP. It is a price index that is calculated by multiplying the result of dividing the nominal GDP for a particular year by the real GDP for that same year by 100.

Let’s connect via chat or call our senior expert counselor at +91-9625869989 to learn more about the different streams and options available.

Ans. GNP is the market value of the final goods and services generated in the nation’s economy in a given year. Foreign-sourced revenue is not included in this income.

Ques 2. What is per-capita income?

Ans. Per capita income is calculated by dividing the total national income by the total population.

Ques 3. What exactly is national income?

Ans. The flow of products and services that are made accessible to a country throughout the year is known as national income.

Ques 4. In terms of NNP, what is the national income?

Ans. As a result, National Income is the sum of income that factors of production receive in the form of rent, wages, interest, and profit.