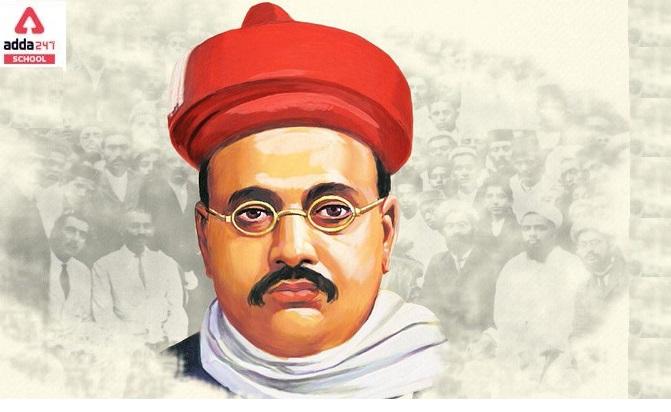 Gopal Krishna Gokhale an Indian leader, was born on May 9, 1866. During the Indian Independence Movement, Gopal Krishna Gokhale was an Indian liberal political leader and social reformer. Gokhale was the founder of the Servants of India Society and a prominent member of the Indian National Congress. Gokhale pushed for Indian self-rule and social changes through the Society, as well as the Congress and other legislative organizations in which he served. He was the leader of the Congress party’s moderate group, which favored reforms through collaboration with existing government institutions.
Read About: Mahatma Gandhi

Gopal Krishna Gokhale was born in Kotluk village, Guhagar taluka, Ratnagiri district, Maharashtra, on May 9, 1866. Despite his family’s poverty, Gokhale’s family worked hard to ensure that he acquired an English education, which would enable him to work as a clerk or small official in the British Raj. In Kolhapur, he attended Rajaram College. Gokhale graduated from Elphinstone College in 1884, making him one of the first generations of Indians to get a university degree. The social works of Justice Mahadev Govind Ranade had a significant impact on his life. He was labeled the ‘Protege Son’ of Justice Mahadev Govind Ranade, i.e. Manas Putra. Gokhale’s education shaped his future career significantly; in addition to acquiring English, he was exposed to Western political theory and grew to appreciate theorists like John Stuart Mill and Edmund Burke.

Gokhale had two wives. When he was in his teens, he was married to Savitribai, who was suffering from an incurable illness, in 1880. In 1887, while Rishibama was still living, he married for the second time. In 1899, his second wife passed away after giving birth to two daughters. Gokhale never married again, and his children were raised by relatives.
Read About: Maharaja Ranjit Singh

Gopal Krishna Gokhle chastised the government for spending a lot of money on the army, taxing cotton, and racially discriminating against Indians in high-ranking positions.

He did everything he could to persuade British statesmen in London not to split Bengal.

His tireless efforts resulted in a toll tax cut.

In India, he requested that the government to limit land revenues.

In Mahatma Gandhi’s formative years, Gokhale was well-known to be a guru to him. On Gandhi’s invitation, Gokhale visited South Africa in 1912. Gandhi received personal mentoring from Gokhale when he returned from his efforts against the Empire in South Africa as a young barrister, including expertise and awareness of India and the challenges of average Indians. Gandhi rose to prominence as the leader of the Indian Independence Movement by 1920. Gandhi refers to Gokhale as his mentor and guide in his autobiography. Gokhale was also praised by Gandhi as a great leader and politician, describing him as “pure as crystal, delicate as a lamb, brave as a lion, chivalrous to a fault, and the most faultless guy in the political sphere.” Despite his admiration for Gokhale, Gandhi rejected Gokhale’s belief in western institutions as a way of effecting political transformation and ultimately declined to join Gokhale’s Servants of India Society.

What caste does Gokhale belong to?

Gokhale is an Indian surname that originated in the Chitpawan community in Maharashtra’s western state.

What was Gopal Krishna Gokhale’s contribution?

Gopal Krishna Gokhale was an Indian social reformer who created a sectarian organisation to help India’s poor. In the early years of the Indian independence movement, he led the moderate nationalists.

What happened to Gopal Krishna Gokhale?

What exactly is the Gokhale bill?

In the Imperial Legislative Council, Gokhale submitted the Elementary Education Bill, which argued for the introduction of compulsory and free education in India.

What is Gokhale’s Bill’s significance?

In 1926, the Assam government approved the compulsory Primary Education Act. All of this was the result of Gokhale’s endeavour to make primary education in India obligatory. During British rule, his fight for compulsion was a crucial aspect of the country’s war for independence.